From Death To Life 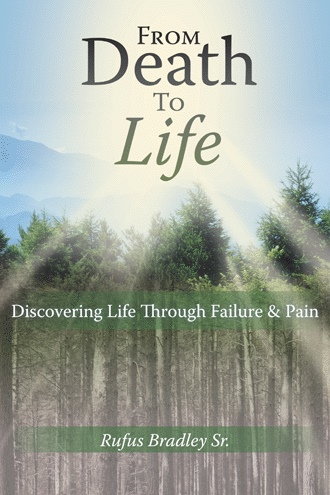 To really appreciate this book, you must learn the entire history of New Life Baptist Church. The earlier period will set the stage for what the Spirit is going to reveal in the latter part of the book. In this first chapter, you will learn about the prosperous period of the church when everything we touched turned to gold. I will also describe several events illustrating God’s favor in getting the church off to a great start.
When I was an associate minister at Christ Fellowship Baptist Church, I also served as a teacher and assistant pastor. One of the deacons of my previous church called to ask me if I would be interested in pastoring a church. Apparently a few members from the church had decided to terminate their membership, and they were looking for a leader who could continue with their spiritual development. I told the deacon I truly believed God’s call on my life was to be a pastor, but I could not consider their request until I had prayed about their proposal and discussed it with my own pastor.
Everyone at the meeting made a covenant with God and made a commitment to me that they would be faithful members of this mission. I tested the commitment of the mission-seeking group by asking them to pay their first tithes and offerings as proof of their seriousness. We collected $407 to start the new mission. This happened around the third week in January of 1985, and on the first Sunday in February, we held our first service under the name New Life Baptist Mission. All the members honored their commitments, and the church picked up momentum very quickly. One month later, we called in a Baptist church counsel team to organize the church and were declared a certified Baptist church under the name New Life Missionary Baptist Church, with a membership of eighty-five people.
Due to rapid growth, the church had to make some quick decisions on how to raise the finances we needed to build a larger place to worship. Thanks to the Spirit of God and the efforts of fewer than one hundred people, we raised $75,000 for a down payment on a new building in only six months.
Shortly after the building was completed, the growing congregation marched from our former location at 325 Lapeer Street to our new church at 1401 Janes Street. This was God’s third big move on our behalf in less than two years. The first was starting the ministry; the second was God’s hand in taking me off my job; and now the third was that we had built a church and were marching to the new location. This march was the most amazing event of my life and the life of our congregation. We felt we had accomplished a major milestone at such an early stage, and I saw the mighty workings of God all through this movement.
I will never forget the Sunday morning we gathered to march to our new location. People from all over the community joined us on this five-block march. Law enforcement led us as a local tourist bus followed behind, carrying the elderly people who couldn’t walk very far. I can still hear the words of the songs we sang: “We’re Marching On,” “Glory, Glory Hallelujah,” and many others. We entered the new building for our first 11:00 a.m. worship service, and the Spirit was moving in a big way. Over five hundred people were packed into our new sanctuary.

Chapter 2
The Declining and Painful Period

After many years of prosperity, God permitted me to experience what I call the most painful time of the ministry, when everything fell through the cracks because we tried something the church wasn’t ready for. We hit a rough spot, took a nosedive, and landed in a place that was unknown to us. The pain was severe. It came from many different directions and was inflicted by many different people. However, I learned more through this period of my pastoral experience than at any other time.
The fastest-growing church in town became the most talked about church. Suddenly it seemed like the whole city had turned against us, and our church was being criticized throughout the city. I hate to say this, but people from other churches were recruiting our members. They would ask them, “Are you still at New Life Church?” or “Are you still with Bradley?” Even those who left would ask the remaining members, “When are you coming with us?” It seemed as if the departed really wanted everyone to leave us, but God permitted a few faithful members to remain to fulfill His plan for the church. Those who stayed were embarrassed and didn’t really know how to defend the church or me. I was hurt and didn’t really understand what was happening. Our congregation had become so infected with negativity that no one would visit, and the departed rejoiced in seeing us fall.
During this time, no one would join our church. Very few would visit, and those who visited never returned. We were cut off from almost every church in the city. No one would invite us to a fellowship or any other church function. All I could do during this time was read, write, think, dream, attend seminars/conferences, and buy land without a clear purpose, hoping God would one day let me use it for the kingdom. This period lasted for about five years. As I look back, I believe this nightmare period in ministry started because of two human errors.

From Death to Life is a story about a church that was once thriving, and because of making drastic changes too soon and a lack of vision, it figuratively died. God raised it back from the dead through the proper vision connection and equipped it to be community-driven, through a 501(C)3 organization called Mission in the City. MITC was given to do a specific work in the community by assisting and restoring the community back to good health one person, one block at a time, through programs and services that give life to people suffering from a plague of blight, violence, drug trafficking, unemployment, and gang activities in their communities.

From Death to Life encourages individuals who are seeking balance for their lives. It also encourages pastors with small churches, pastors looking for new ideas for ministry, leaders and organizations that are struggling to find ways to make a difference. It shows them how to move beyond their corporate and private walls, out into the community, making major investments through the implementation of programs and projects that will remove the negative reputation that afflicts their community. These investments will silence the cry of the world, which blatantly declares the church has nothing to offer the people who live in the communities it surrounds.

Pastor Rufus Bradley Sr. is a graduate of United Theological Seminary in Monroe, Louisiana, where he earned a bachelor’s degree in religious education. He has also completed an advanced leadership training program to enhance his skills in the areas of visionary leadership, mentoring, theoretical and practical knowledge, provided by the Beeson Institute, a program of Asbury Theological Seminary. Pastor Bradley also received an honorary doctorate of divinity from Union Baptist Seminary, Inc., in Birmingham, Alabama, in July 2012 for his insight and commitment to the rehabilitation and sustainability of the community.

He is also the founder of Mission in the City, a community development organization, where he has received numerous awards and statewide recognition for community enhancement, including a sports and fitness park for the community, as part of God’s new direction for his ministry life.