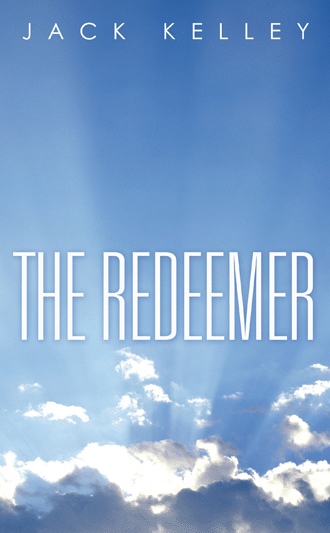 Chapter 1. The Redeemer Is Promised
And I will put enmity between you and the woman, and between your offspring and hers; he will crush your head, and you will strike his heel” (Genesis 3:15)

When God said, “Let there be light” and put the creation process in motion, He was making something designed to be perfect in every way. His crowning achievement was to create man and woman, immortal beings in His own image. He placed them in his perfect creation and told them to fill the earth with children, to subdue it and take dominion over every living thing (Genesis 1:28). So right from the beginning mankind was intended to rule planet Earth.

We don't know much about what Earth was like when God placed the first man and woman here because a whole lot has changed since then. But we do know that as God completed each step of the creation he called it good. And when He was finished He called it all very good (Genesis 1:31).
From little hints we find here and there in the Bible we can speculate that the weather was always perfect, the food was plentiful and free for the taking, and there was harmony between mankind and the animals. There were none of the disappointments, problems, or hardships you and I face on a daily basis. The Earth was literally a paradise where our first ancestors devoted themselves to exercising their creativity in a climate of perfect peace.
It might seem too good to be true, but it wasn't. At least not at the beginning. It was just like God intended it to be. But God has an enemy, someone we call Satan. His name comes from a Hebrew word that means adversary, and that's just what he is. He's against everything God is for and that includes us. Satan tricked our first parents into breaking the only rule God had given them, and when they did it brought devastating consequences to God's perfect creation.
The Bible calls violations of God's rules sins, and describes Adam and Eve's sin as eating forbidden fruit. It doesn't sound like much, but from the consequences it caused we can see that it must have been an extremely important thing to God.
It took a while for the full measure of those consequences to manifest themselves but within about 1650 years things had gotten so bad that the entire population of Earth had to be destroyed because of the sin Adam and Eve had introduced into the world. God sent a great flood and washed the Earth clean of all its sinful people. He saved only Noah and his family, eight people with whom He began again after the flood receded.
But we're getting ahead of ourselves. The first consequence of Adam and Eve's sin is they could no longer live in the Paradise God had created for them. Henceforth they would have to grow the food they ate and the concept of working for a living became part of the human condition. Additionally the creation would no longer cooperate with their efforts. Thorns and thistles began to grow, forerunners of the problems you and I face today in making a living. I believe sickness and disease began to appear at this time as well.
Also, Adam and Eve were no longer immortal but would have a finite lifespan. After the flood, successive generations experienced shorter and shorter lifespans until about 3,000 years ago when the average lifespan stabilized at about 70 years where it remains to this day (Psalm 90:10).
Therefore, just as sin entered the world through one man, and death through sin, and in this way death came to all men, because all sinned (Romans 5:12).
Another consequence was something scholars call a sin nature that was introduced into the human gene pool making it impossible for mankind to live in a manner pleasing to God. All of Adam and Eve's descendants became sinners by nature, unable to exist in the presence of God no matter how “good” they try to be. Since the Bible tells us the wages of sin is death, that means every human being ever born enters life destined to suffer eternal punishment for the sins they commit during their life.
At the same time God was announcing these consequences, He also promised to send a Redeemer who would defeat Satan and restore God's creation to the paradise it was intended to be. The dictionary defines a Redeemer as one charged with the duty of restoring the rights of another and avenging his wrongs.
In ancient times there was no organized legal system with law enforcement capabilities. Instead God gave man the law of redemption. If someone lost his property or was forced into slavery to work off his debts, his closest relative was responsible for redeeming him by paying off the debt for him. It was the only way someone could get his property or his freedom back. Also if someone was murdered, his close relative was required to chase down the murderer and take his life to avenge the murder.
It took a close relative to act as a either a Redeemer or avenger. Not just anyone could do it. This meant the Redeemer God promised to send would have to be a man.

Are you curious about inviting the Lord into your life?
Have you recently done so and want to understand what it’s all about?
Are you a long time believer who wants to get back to the basics of our faith?

If your answer to any of these questions is “Yes” this book is for you. It’s about what God intended in creating you, what has been stolen from you, and how God has been working since the dawn of time to get it back for you.

We begin with an overview of the conditions and circumstances that led to man being in a state of permanent estrangement from God, followed by a more detailed account of His incredible effort to bring us back to Him. We’ll finish up with a summary of what He is doing for us now and what He has promised to do in the future.

It’s a clear and concise overview of what Christians believe and why. Reading this book can help you understand our faith as never before.

And, as an added bonus, we’ve included several short topical studies to further enhance your comprehension of God’s Word.

Jack Kelley is a Bible teacher with twenty-five years of experience. He has several books to his credit and writes all the studies and articles for gracethrufaith.com, one of the world’s most popular Bible study websites, attracting thousands of visitors daily from over 190 countries and territories worldwide.