Because He Loved Me 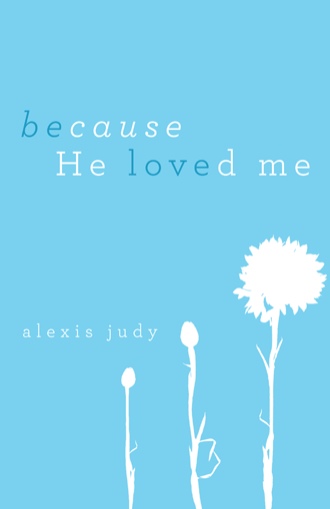 Who knew a day of the week could literally make your stomach turn. Tuesday. That was the day. The approach of Tuesday made me want to curl up into a ball and forget the world. See, every Tuesday I was forced to enter through two sliding glass doors into any child’s worst nightmare. The sharp, distinct, over-powering, smell of Starbucks coffee that engulfed the front desk area attacked my senses. Even if I wasn’t there to receive treatment, just the visual environment could paralyze my capability to feel normal, or maybe even to feel at all. Hearing the quick “ding!” of the elevator sent shockwaves through my body. It’s amazing really, how a smell, a sight, a sound, has the power to overtake you. Even if I wasn’t going to receive medicine that would make me vomit, I had to take medication to rid the nauseous feeling. Tuesday was the day I went to the hospital to receive chemotherapy.

After the quick “ding!” of the elevator, my mom and I would step inside and make our way up to the next floor. Exiting quickly, I was already thinking about how much I’d rather be anywhere but in this place. Making our way into the clinic waiting room, we would open the door to reveal either smiling children partnered by their parents, or vacancy. The amount of activity was dependent upon the level of chaos for that particular day. You wouldn’t think in a place like that you’d see any smiling faces at all, but yet those are the happiest people I’ve ever seen in my life. Happiness comes from being content, and when you realize how precious life is and you become content with just simply having it, you really understand that you don’t have anything to complain about. Walking through the door and over to the front desk on the left hand wall, my mom begins the signing in process. The ladies on the other side of the glass window grin dramatically, almost as if they were excited to see me every single time. I never quite understood why. Taking a seat in the waiting room, we’d watch as different children would enter and leave with their parents. Some with lots of hair, some with none. Some wearing hats, some wearing slippers and pajamas. Some pushing an IV, some being pushed in wheel chairs. Some dancing around restlessly anxious to leave, some standing tall even though they look like they could collapse at any given moment. Some happy, some upset. All wearing the faces of heroes.

Eventually, after a typically long period of waiting, a nurse would crack open the second door of the waiting room and call my name, “Alexis?” As I got up from my chair, they would say hello and ask me how I was doing. It was a sharp right turn into the room where they take vitals, and every time it was the same procedure. The exact same questions in pretty much the exact same order, even if the nurse was different. “Last name? Date of birth? Any pain going on today?” Record blood pressure, height, and weight, and then draw blood. Drawing blood was always a battle. It was as if my veins knew exactly what was coming and as soon as the needle went in they’d run and hide. Once the blood was drawn, I knew that part of the day was over and my mom and I could head to the back part of the clinic. It was always just my mom and I because they’re so picky about who they allow inside. With good intentions, of course. It’s not optional to be cautious while your body’s undergoing chemotherapy. Your immune system becomes so weak and defenseless. Frequently people have to be hospitalized because they aren’t producing enough white blood cells. You see, chemo doesn’t just kill the bad stuff in your body, it kills the good stuff too. As a result, I had to have shots every day to boost my immune system to prevent serious illness and hospitalization.

Once we arrived at the back of the clinic, we’d find two chairs beside each other and sit down. These chairs weren’t normal chairs though. First of all, they had the appearance of over-sized dentist chairs. Placed right in the center of the room, almost as if they were the focal point, a teal-green color, and big too. The second reason they weren’t normal chairs is because these chairs held small, innocent, clueless children just waiting for the drugs to enter their fragile little bodies. Some had an idea of what was coming and already felt sick, like me. I didn’t have to wait for the medicine to enter my body before I wanted to throw up. Then there were the really small ones, like toddlers, who made hooking up the IV to their port a matching game with the nurses. If only they knew.

Day’s at clinic were long and exhausting, especially every other week when I received chemo. At first, that was an all-day process. It would drag on and on miserably until I could finally go home just to lay in bed for the next few days. It presented more than just a physical battle, it was emotional, mental, and spiritual, too. It reminds me of my favorite movie, A Walk To Remember, when the teenage girl is fighting cancer herself and says, “I do not need a reason to be angry with God.” Sometimes, even when I felt the weakest, I also felt the strongest.

The thing about cancer is it never leaves you. The disease itself may leave your body, but the remains of tattered memories are permanent. As they become more distant and vague, I find myself fighting to remember. The whole experience changed everything about who I am and how I live my life. For example, if I even begin complaining, an instant guilt takes residence deep within me because I remember that I have nothing to complain about. Thus, the disease is still affecting me even though it’s no longer taking my life. I feel like a lot of people think that because I’m no longer physically battling cancer, it’s no longer a battle for me. However, that is simply not true. Once someone is personally affected by cancer, the battle never ends. The whole purpose behind me sharing this story is to give a realistic view on how cancer affects people, specifically children. I chose this memory above everything else I’ve experienced in life because this situation affected and changed me the most. Now, I hope that my story can change other people as well.

Have you ever wondered what it’s like to fight cancer at sixteen? Have you ever asked yourself how someone could be diagnosed with cancer and still believe there’s a God or that something good could actually come of it? Have you ever considered what it’s like to live after being struck with such a catastrophe? When I was sixteen years old, I was diagnosed with Hodgkin’s lymphoma. While in the hospital, many people gave me journals and pens and told me to use the gift God had given me to write. Not long after I began my journaling process, God laid it on my heart that I would someday publish my journal to encourage others. Three years later, my story is published just for you. I pray that it makes an impact on your own story. After all, that’s why we’re here, to make an impact, leave a legacy, and be love, all on behalf of Christ. I hope your perspective is transformed by the beauty of Christ as you step into my world and witness it shatter and heal in a way only explained by the God of the universe.

Born and raised in a Christian home, faith in Jesus was something that sixteen-year-old Alexis Judy had never questioned. Suddenly, things changed as she was diagnosed with a life-threatening case of Hodgkin’s lymphoma. In her book, Because He Loved Me, Alexis allows readers to follow her journey through cancer treatment and discover a faith found looking death face to face.