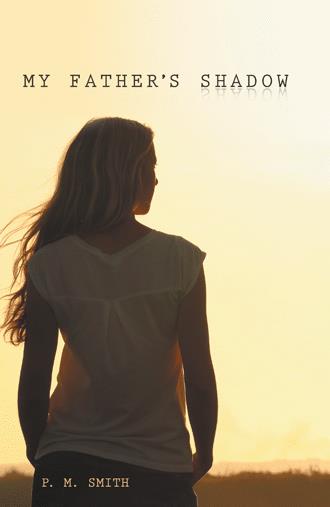 From the word ‘go’ daddy was sold out to the Lord. He voraciously read his Bible, studying day and night. The things he learned about God amazed him. After work he read Bible stories to Russ and Karen animating the stories to hold their interest. On his lunch break he read, early morning hours before going to work he read, prayed and cried and then read some more. He wondered why it took him so long to find God. He found it difficult to believe anyone could reject God’s salvation? This was better than anything he ever experienced in his life.

Mother, was a little slow to accepting Daddy’s new lifestyle. She was skeptical about the whole thing and watched him closely waiting for him to become dissatisfied with yet another group of friends who did not meet his lofty standards. But Daddy never became frustrated with his new church. In fact, the longer she waited the more his discontent with himself disappeared and the more deeply Daddy got into the Word.

One Saturday afternoon, mother was coming home from her weekly trip to the market. It was a perfect day for walking, the sun was hot but there was a slight breeze blowing through the trees. As she walked along the busy street she noticed a crowd of people gathered near the park. She stopped with the children to see what the ruckus was all about. They were too far to really to understand what was being said or to see who had these people’s attention. She was about to ignore it and go home when she decided to stop one of the little boys nearby and ask him what was going on. He said “It’s just some man reading from the Bible.” Some man—reading the Bible---right away mother had a sinking feeling in the pit of her stomach. Charles? It couldn’t be Grabbing her children by the hand she ran across the street, pushing her way through the crowd to get closer. She almost dropped her bag of groceries when she saw her husband standing on a milk crate, reading the Bible. Her first thought was he had lost his mind. Mother could not believe her eyes or ears. Now she knew she had to call her father in law, because her husband had become a religious fanatic. She looked around to see how they were responding. For the most part, they seemed to be captivated as he read the words of the Bible. To her surprise they were actually enjoying it, especially the adults and elderly folk. Some had Bibles in hand reading along with him. An occasional comment such as “ Yes, yes” or “ that’s my favorite part’ or ‘read that verse again’ could be heard from the crowd.

She returned her attention to really listen as he read. She had never heard him talk or speak in front of people before. It was apparent he was a good reader or speaker. He read with expression. His voice was powerful and clear. He took time to pronounce every syllable. Projecting his voice so that every person in the small crowd could hear every word he said over the noises from the street. They leaned in closer when he lowered his voice on the tender parts of the passage. He would raise his voice as loud as possible when Jesus taught His disciples. He read with meaning, as though he penned the words himself.

They interrupted his reading with applause and shouts of joy at hearing these words of blessings flowing from his lips. It was like God Himself was speaking to them.

Mother was uncertain how to react to this unusual event. She had to admit part of her was proud. Proud that her husband could make the Bible sound interesting and that people would actually stop in the streets to listen to a man read to them. This was something they could do at home and in itself remarkable.

But there was another feeling bothering her, a sensation of fear and dread. She felt within an uneasiness that caused her to fear for her husband. She recalled people who went crazy----literally lost their minds because they studied the Bible too much. Spent too much time searching to understand biblical mysteries----they abandoned their normal lives --- family, friends, jobs. She didn’t want this to happen to her husband. She didn’t want her children to lose their father. Suddenly overcome with anxiety she grabbed the children and took them home before daddy spotted them among the crowd.

When he came in later that afternoon, smelling of the streets, his skin tanned from the hot sun. Mother was waiting for him in the kitchen. Sensing trouble by the serious look on her face he waited for her to speak. Without greeting him she tore into him asking if he had gone mad. What would the kids think of their father standing on the corner making a spectacle of himself? What sense did it make reading on the streets from a book? If people wanted to hear the Bible let them go to church.

Knowing she did not understand Daddy responded gently, she was unaware how God was using Him to draw people. “My kids will know they have a father who loved God. Can’t you see the change in me Iris? I was searching for meaning in my life. I knew there was more to life than what I experienced.”

Vanessa Collins has known her life’s destiny since she was a child. Now as an adult Vanessa is on the verge of fulfiling the very purpose for which she was created. Before she can carry out this purpose God creates events that cause her to deal with her deceased father’s ideologies, her older brother’s huge sense of entitlement and the biggest test of all, facing her own faults and insecurities.

P. M. Smith currently lives in Detroit, Michigan with her husband, this is her first book.