Unlocking the Language of the Prophets 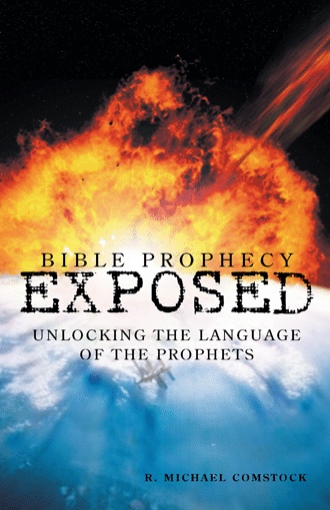 
The book of Revelation is full of fantastic spiritual imagery and symbolism, but is it possible to accurately decipher these obscure visions? Can we unlock the secrets of Revelation, by learning the definitions of the ancient language in the Old Testament? I believe we can target the truth by learning to understand the ancient culture. I’m convinced the Old Testament contains most of the clues we need to define the language of the past. Let’s start with some foundational context in the Old Testament.
In the Garden of Eden when Adam and Eve fell from their relationship with God, Satan was told that the offspring of the woman would crush his head.
15And I will put enmity between you and the woman, and between your seed and her Seed; He shall bruise your head, and you shall bruise his heel."
Genesis 3:15 (NKJV)
Most interpret this as a prophecy about Jesus, and I agree. There are some other things we need to understand in this passage. Literally and physically from that moment forward, mankind and snakes have been at odds. Spiritually, people, and Satan who is likened to a serpent, have been enemies as well.
At that time God separated mankind from the spiritual and physical perfection of the previous world. Death replaced the perfection as God had warned Adam and Eve that it would. Clues throughout the Bible tell us that Satan gained dominion over the earth, and the human race.
As was prophesied, Christ came, died, and rose again. From then on, God puts His Spirit into people who dedicate their lives to Him, thereby reclaiming their lives from Satan. Not only Christ, but Christians have been crushing the kingdom of Satan, his head, ever since.
People and snakes are natural enemies, and this is why I believe there are physical fulfillments to prophecies. There are also spiritual fulfillments. Besides actual snakes, the serpent, Satan, became our spiritual Enemy as well. If you look for the dual physical and spiritual fulfillments of prophecies, you can usually find them. This may be important in helping us to interpret, and understand the book of Revelation.
Seeing the spiritual is not always easy. We tend to view things through physical eyes. This is why spiritual enlightenment from God is necessary for understanding prophecy, as well the rest of Scripture. Without seeing the spiritual side, we are only seeing half of reality, which brings up an interesting question, how do we interpret the language of prophecy correctly?
As an example, let’s imagine two thousand years from now someone finds a CD with rap music on it. Let’s assume they are able to access the music in it. It might be difficult to decipher the slang contained within the lyrics. What do you suppose they would think a nine is? Some of us currently understand that it’s a nine-millimeter pistol. How would they interpret five-o in the future? In the current slang it means police. Two thousand years from now they might think the musicians were singing about the fifty states of America. So you can see the current challenge of interpreting the figures of speech used in the Bible.
There is language in rap music that I do not understand. This is because I am not part of the rap scene. The only way for me to understand the slang is to ask someone within the culture, or to look for clues by studying all the rap music I can find. The same holds true for interpreting prophecy. Since the prophets of old are unavailable for questioning, we will need to examine the Scriptures for clues to help decipher the meanings of the prophetic visions. We must remain aware that the potential for misinterpretation is an ever present reality.
In the New Testament we can see how the disciples, as well as other Jews, were wrong about their understanding of the Messiah and his kingdom. The reason they were mistaken, was because those who taught them the prophecies failed to interpret them correctly. Jesus told His disciples what would happen, but they had trouble understanding Him. They could not get past what they had learned. I believe they still didn’t get it, even when Jesus was about to return to heaven. Let’s look at what the disciples asked Jesus:
6Therefore, when they had come together, they asked Him, saying, "Lord, will You at this time restore the kingdom to Israel?" 7 And He said to them, "It is not for you to know times or seasons which the Father has put in His own authority.
Acts 1:6-7 (NKJV)
They expected by what they were taught, that Jesus would set up His reign as king on earth. They struggled to understand, what Jesus had told them about Israel being destroyed within their lifetime. We now know that He returned to heaven, and left the disciples behind to build the spiritual kingdom of God.
What makes us think we understand any better than they did? Just because we have advanced in technology, does not mean we are smarter. We have the same potential for taking what we have been taught and misunderstanding what will actually happen.
Many of the views that I share in this book are things I’ve been taught over my lifetime. Over the past several years I set out to prove whether or not what I had learned was accurate. Some of the resources I have studied are a little difficult to read. It takes a lot of effort to understand the various interpretations and ancient ways of speaking. Revelation Four Views, by Steve Gregg, is one source full of good information. His book is predominantly unbiased, however, it is very in depth and I found it almost confusing at times, likely it is because I suffer from ADD and mild dyslexia.

As time goes by, words can evolve and take on new meanings. Examining words from the first century can help us understand how definitions have changed. This book tries to determine how the people of that era recognized what the prophets were saying. As you learn to interpret their language, you may find the Bible takes on a whole new flavor.

The following are just a few issues we will address:

R. Michael Comstock attended a Baptist Bible college where his degree was cut short by a spinal injury. He’s a substitute preacher and adult Sunday school teacher. His late son encouraged him to write this book, believing Michael’s insights of Bible prophecy needed to be shared.