A journey to the discovery of hope 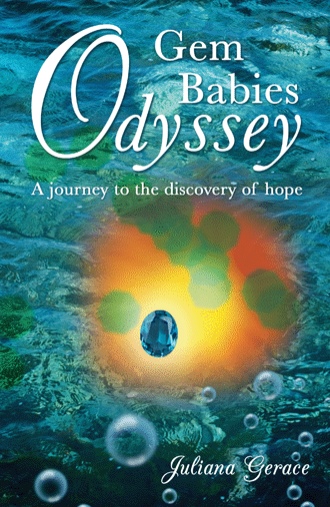 “I wish I could be as excited as you, Steve. I feel weak...and wish I were invisible, frankly.”

“Here, Mariel, a toast!” as he handed her a tall flute of champagne. Have a sip of this with some sushi and you’ll be fine. I will stand near after introducing you, if you like,” he said with his hand gently lifting her chin to look into his caring and fatherly eyes.

“Please do, Steve. I’d appreciate that. I’ll pass on the champagne though, and honestly couldn’t think of eating anything.”

Thunderous applause and a standing ovation greeted Mariel. As she glanced around waiting for the accolades to subside, she thought of Sebastian with whom she shared this recognition. Everyone knew of his work and his tragic death. Suddenly, as if out of nowhere, there was a distracted buzz filtering through the crowd. Mariel didn’t understand until she felt a light wisp of air and something like a feather tickle her shoulder. She felt the timid bird and heard the gentle chirping near her ear. It seemed unafraid as she tilted her head toward her left shoulder.

It was a yellow finch! Now a confident smile rushed over her along with a flush of excitement as she thought of her beloved Sebastian!

Photographers started snapping wildly, and as Mariel held her hand up to keep the delicate bird from being frightened, she looked at her sapphire ring. Was it her imagination, or did she see Sebastian smiling from ear to ear reflected in it? She recalled his words about the ring: “…you’ll see in a while.” And of course, the bird! He was here--near as he promised! She felt his presence and breathed in a new confidence and composure. Finally the crowd settled down as the curator, Rudy, who was a friend of Steve’s, came to stage. He explained that the latch had come loose from the aviary he sheltered down the hall, overlooking the patio. Luckily it was discovered as soon as it happened but not soon enough to prevent one of the birds from escaping. Sunny, as he referred to the bold and bright finch--was very used to him since this aviary was like a garden through which he walked and even fed some of the birds out of his hand. He remarked how amazing this particular escape was given the fact that it had not been planned, yet Mariel had, in fact, chosen to include a bright yellow finch in her self portrait!

Wild applause ensued once more as Mariel approached the mike with great stature and assurance. Amazingly, Sunny stayed put. “Thank you all very much. It has been my pleasure to offer my paintings for this, a cause particularly dear to my heart ever since I was a little girl. My mom is here tonight, and she can attest that the gem babies have captivated me since that time. She understands the depth of their meaning and has always encouraged me to “tell their story,” as it were. Thanks, mom! As for this evening, the support and warm appreciation you have all shown for this project… I would like to say that I accept it not only on my behalf, but especially on behalf of my beloved and departed husband--Sebastian Turner.”

As she turned toward the bird on her shoulder again, she could feel it ever so gently nibbling on her ear. Her heart was about to explode with joy. When the spontaneous applause had subsided she continued: “But rather than words, I would like to offer you my paintings. I can only hope that they will speak to you and many others and move your hearts to champion and support ICC on behalf of countless invisible victims of violence and abuse. Thank you.”

The curator came with a millet treat to woo Sunny off her shoulder. Steve jumped up to the mike to announce the revealing of her breathtaking panels and took her arm to escort her off the stage. Along the walls of the loggia, large graceful draperies concealed the treasured collection until now. With a pull on the elegant roping, the suited and gloved ushers simultaneously parted the drapes and seventeen different panels were revealed. A collective “ah” resonated through the loggia as the colors and faces of the gem babies began to work their magic on the crowd. Statesmen and women, movie celebs, artists, writers, journalists and media reps, social workers, donors and invited guests of every profession were taken in as if absorbed by the appealing drama of hope and goodness over violence and despair represented in each face.

“Mariel, you were wonderful, just wonderful!” Steve hugged her with warm exuberance and kept her near. He leaned in to whisper in her ear. “I have some exciting news. While I can’t know for certain how much this will mean, I still have to share the latest with you regarding the recovery of Sebastian’s work. Remember my connection in Grozny, the one I call Gordon? Not his real name by the way. Well, he got a flash drive out of Chechnya through a diplomatic pouch which arrived at the Embassy in D.C. with instructions to deliver it to me. A courier will bring it tomorrow. This is highly classified and protected, and Mariel, it could be the breakthrough we’ve been waiting for! We might have some files recovered from Sebastian’s computer and possibly, just possibly--some with his latest findings. Remember, the operative words are “might” and “possibly.” I don’t want this crushing you if we discover nothing new. Most importantly, not a single word of this to the press, however, or our contacts in Grozny would be compromised, possibly even killed. What a day! Before noon tomorrow, we should have the drive. Now, let’s mingle and eavesdrop on some of the reactions to your work. Here’s some champagne- have a sip, at least. Shall we?”

It’s a love story, a tragedy, and a journey of discovery in the life of one very talented woman. Just as young artist Mariel Turner is enjoying the height of notoriety for her stunning paintings on behalf of Invisible Crimes Centers, the dark shadows of danger and destruction threaten everything. While her paintings have awakened the public to the horrible crimes of human trafficking, a vicious crime ring seeks its revenge. Thrust into the conflict between light and darkness, hope and despair, Mariel must confront the meaning of life—both here and hereafter—as she discovers the face of selfless love.

Juliana Gerace sees life as an adventurous journey with Christ that offers many epiphanies along the way. Having served in youth ministry for fifteen years, she now works in adult faith formation in California, where she lives with her husband, Vincent. Juliana earned her doctorate in ministry in 2010.