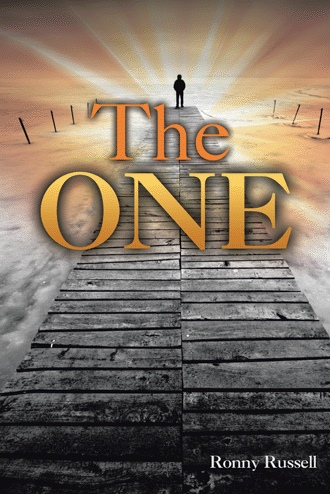 In the beginning...
there was ONE

1Tax collectors and other notorious sinners often came to listen to Jesus teach. 2 This made the Pharisees and teachers of religious law complain that he was associating with such sinful people—even eating with them! 3 So Jesus told them this story: 4 “If a man has a hundred sheep and one of them gets lost, what will he do? Won’t he leave the ninety-nine others in the wilderness and go to search for the one that is lost until he finds it? 5 And when he has found it, he will joyfully carry it home on his shoulders. 6 When he arrives, he will call together his friends and neighbors, saying, ‘Rejoice with me because I have found my lost sheep.’ 7 In the same way, there is more joy in heaven over one lost sinner who repents and returns to God than over ninety-nine others who are righteous and haven’t strayed away!
Luke 15:1-7 NLT

Two important elements exist in the story found in Luke 15:1-7. One is the search the shepherd undertakes to find the ONE lost sheep. That key element is the foundational story for this book.

The other is the position and condition of the ninety-nine. Where does the shepherd leave them? Implied in the question is whether or not the shepherd irresponsibility abandons them without concern for their well-being.

The evidence points to the idea that the shepherd does care for the sheep he leaves behind. The New Living Translation says that he leaves them in the wilderness. Other translations say “open country” (NIV) or “open pasture” (NASB).

When Matthew relates the parable in another context (Matthew 18:10-14), he implies that the sheep are left grazing and relatively safe in a “table he has prepared for them” (Psalm 23). This “table” would have been a grazing pastureland such as a hillside meadow or tableland (mesa).

Which leads me to conclude that the shepherd leaves the sheep in a relatively safe place with enough provisions to last them for a while. The main point of the story in both Luke and Matthew is that the shepherd has extraordinary care for the lost, even to the point of leaving behind the ninety-nine.

I’m going to make reference throughout the book that the shepherd leaves them in good pasture. He does leave them alone to fend for themselves, but it’s in good pasture. Good pasture, however, doesn’t necessarily imply being totally safe and secure from all alarm.

The lost sheep is the ONE in the much greater danger. Critics would argue, “Yes, but he’s only ONE. Why risk it?”

Exactly. That’s the point of the parable and the thesis of this book.

The first two verses of Luke 15 answer that rather succinctly, I think. The scribes and Pharisees were indignant that Jesus was associating with tax collectors and sinners. Their indignation would turn to rage and hatred which would lead eventually to his execution via crucifixion.

So Jesus tells them this parable. I propose that it was more than just a nice story to get the religious people to see the error of their thinking about “sinners.” I submit that this story and the two that follow in Luke 15, are central to Jesus’ teaching about the very character of the Heavenly Father.

God does love sinners, even takes his meals with them.

God does love the outcast and reaches out to them, even when the insiders don’t understand or approve.

God would even leave the “sheep in good pasture” to go in search of the ONE who is lost. Jesus alluded to this when he said that only the sick are in need of a physician, the well don’t need a doctor.

God does love the broken and lost and goes in search of them which ultimately would become the incarnation of God in Jesus of Nazareth.

At one time we were all the ONE lost and broken sheep.

In searching for the ONE lost sheep, Jesus implies that it’s okay to leave the ninety-nine in good pasture.

Again, this parable is not a nice little bedtime story about how Jesus loves a little lost lamb. Neither is this book filled with nice stories about how lost people make a profession of faith and come to Christ. It includes that but much, much more.

This book is about God’s obsessive love for the ONE. But it’s also about how religious people get really angry that God is that way.

Jesus’ parable, actually all three of them in Luke 15, are about a very radical way of life, the kind that people like Shane Claiborne, Mother Teresa and Francis of Assisi have lived. Not to mention Paul and Peter and James and John and of course, Jesus.

The parable in Luke 15:1–7 can be seen from three angles. The dilemma of the shepherd is whether or not to leave the ninety-nine and go in search of the one lost sheep. It may not make sense economically and rationally, but he leaves them anyway and begins his search.

The poor sheep has wandered away and is lost—not hopelessly so, but lost. The sheep does have hope, and it rests with the shepherd whose love for her is so vast and so relentless that he won’t rest until he finds the sheep.

And then there’s the ninety-nine. Their attitude and behavior toward the lost sheep is paramount in the story. Will they join in the search? Will they celebrate with the shepherd once the sheep is returned? Or will they criticize and whine about how the shepherd spends all his time searching for the one who is lost?

The One explores the foundational nature of this parable and how important its implications are for the church and one’s own walk with the Lord. The value that God places on the one is life-changing for those who come to understand it.

“An intense and powerful vision shared through the lens of author Ronny Russell’s personal and professional spiritual journey. Authenticity is found in every paragraph that rings with empowering truth, inspiration, and encouragement for the one. … I have watched Ronny’s journey for decades and found his passion to be deep, contagious, and transformational for the one and the remnant who seek meaning in our fast-paced world filled with churches that often miss the one to preserve the institution. Ronny serves Christ above all and finds hope in God’s calling and gifting as a member of the body of Christ. Truly a worthy and engaging read!”

—Edward Hammett, author of Spiritual Leadership in a Secular Age and Recovering Hope for Your Church

Author and former pastor Dr. Ronny Russell is executive cirector of Live Again Ministries in Locust, North Carolina. He and his wife, Judy, have two children and six grandchildren. He is also the author of Can a Church Live Again?, which is widely used as guide for church renewal.