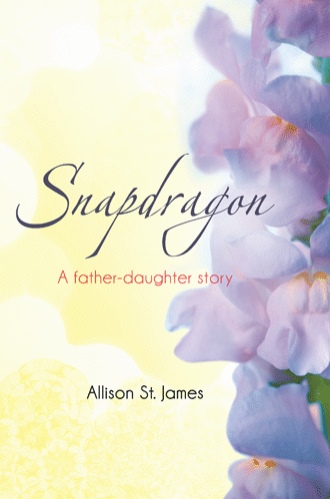 One of my earliest childhood memories of my father is a bewildering incident that happened at the beach. I’ve never understood it, but nevertheless, it happened and remains an unsolved mystery.

My parents had planned a fun day at the beach with just the three of us, which made me under nine years old at the time. My brother hadn’t been born yet, so I know I was young, maybe around seven.

In those days, family entertainment was simple compared to today’s expensive sports activities. For us, it was either the beach, the park, or barbecues at home. However, the beach was my favorite, and I drove my parents nuts waiting for the weekend to arrive.

Finally, Saturday came. When we arrived at the seashore, I jumped out of the car, toting my towel, while Mom and Dad unpacked the car and found a spot on the beach. Mom shook out the towels while Dad put the orange-and-blue umbrella in the sand, hoping the stake would hold it in the ground.

Before I took off, Mom greased me up with suntan lotion and dabbed white goop on my freckled nose. After getting settled, she grabbed a book and plopped down on a folding chair for the day. She had no intention of going near the water because she didn’t swim well, but she loved the beach anyway.

So it was just Dad and me. I kept bugging him to hurry up because I wanted to go swimming, but he and Mom were having a discussion. I don’t know what they were saying, but suddenly, they sounded angry. Their voices grew louder, which frightened me. I tugged at Dad’s hand to stop, but I was told to hush. My parents rarely quarreled, except about Dad’s war days.

I had no idea what they were talking about, but it had something to do with my father guarding Nazi war criminals in World War II. All I knew was that when my daddy came home from Germany, he had bad dreams.

I was getting impatient and started hopping up and down on one foot, begging to go in the water. Finally, Mom gently shooed Dad and me away, but I could tell she was upset. Dad and I headed for the water as Mom waved good-bye, telling us to be careful and have fun.

I pranced over the hot sand like a lively ballerina. I loved the feeling of sand squishing between my toes and showing off the pink polish that Mom painted on my toenails. The seagulls were squawking, and a little boy was making a sand castle with a red toy shovel. I liked the smell of the ocean as I took a big gulp of air and put my small, trusting hand into my daddy’s powerful grip before going into the water.

We started out in shallow water, but Dad kept walking out deeper into the ocean, which scared me. I was having fun until I saw how big the waves were, and then I started to cry. The water was over my head, and I was dogpaddling with Dad hanging onto me. As I was bobbing up and down, I saw a big wave coming and I screamed. A huge wall of luminous, greenish-black water loomed in front of us like a monster roaring from the depths, and Dad yelled, “Duck, and hold your breath!”

The frothing, white foam crashed over our heads. Dad lost his grip on me as a powerful riptide sucked me underwater. I held my breath until I thought my lungs would burst. When I opened my eyes, I saw only mucky water, and my eyes burned from the salt. My long, blond hair was tangled around my face and neck, and I felt trapped, as if caught in a spiderweb. I thought I was swimming to the top, but I was disoriented and was actually plowing through a sandbar on the bottom of the ocean.

The current smashed me to the floor of the sea and rolled me sideways, scraping me over the gravelly bottom. I couldn’t hold my breath anymore. Life was oozing out of me. That’s the last thing I remember.

I don’t know how to explain it, but it was like the ocean spat me out and rolled me into shallow water. When I touched bottom, my legs were shaking so badly I could barely walk. I staggered out of the ocean, coughing up water, gasping for air, and calling out for my daddy.

I stood on the shore, shaded my eyes from the bright sun, and looked everywhere for him, but he wasn’t there. I stood on tiptoes and looked for the orange-and-blue umbrella, but I only saw teenage girls laughing, smelled hot dogs cooking, and watched an old man throw a Frisbee to a black dog.

Then I saw the umbrella and felt safe. I ran as fast as my wobbly legs could carry me.

And then I saw him. Dad. He was sitting with Mom on a beach towel. When I reached them, I started to cry again. When Mom saw my scrapes, she jumped up and wrapped a towel around my shaking body. “Honey, what’s wrong? What happened? Tell me where you’re hurt,” she said nervously.

I wiggled away from her and marched in front of my father. Through tears, I screamed with all my might, “Daddy, where were you? I almost drowned, and you let go of me when the big wave hit! I was scared! When I came out of the water, you were gone!” I started crying again and rubbed my red eyes that still burned from the saltwater.

Dad calmly explained that he couldn’t hold onto me because the wave knocked us apart.

“I know that!” I said. “But why did you leave me in the ocean?” I continued glaring at him, but he said nothing. My parents argued about this, but I don’t remember what was said. I’m convinced that Mom didn’t know anything, as she was sitting too far back to see us in the water and had continued to read until Dad came back without me. I have no idea what he told her, but that day was never discussed again.

In my young mind, I thought my daddy was stronger and safer than the ocean, and I trusted him to help me. Even as a kid, I didn’t understand why I had to look for him, why he didn’t try to find me. Did he see another kid bobbing around in the ocean and think it was me?

Dad was never abusive and never hurt me, but after that day, I felt like I was invisible to him. It’s funny, but that is the last time I remember calling him “Daddy” too. He was my dad, but the close feeling I had with him and my trust in him was gone.

His favorite flower was a snapdragon. It was a tall, lovely flowering plant with spikes of flowers, but when pinched slightly, would open and make a face.

Dad was like that flower. He was tall and good-looking but snapped like a dragon and scowled more than he smiled, especially at his daughter.

In this father-daughter saga of real-life drama, the rubber meets the road, and family relationships are slugged out in the trenches of everyday life.

Just as a diamond has many facets, so does this compelling story of a daughter, determined to help her father, regardless of the onslaught of difficulties. As her father was spinning out of control after her mother’s death, things became challenging in every aspect of life.

Allison St. James enjoys writing and has been a freelance writer for the past twelve years. Her latest work is a passionate story of family, with special focus on helping her strong-willed father, who was more challenging than most teenagers. Inspired to encourage others in going through these difficult times, her scribbled notes became a draft, which eventually became a manuscript.

She lives in California, with her husband, an architect who designs custom homes, remodels, and does other interesting projects. His adult children also live close by and have blessed them with four grandchildren, most of whom are teenagers now. They love sharing family, faith, and getting together whenever possible.