Stepping Out on a Maybe 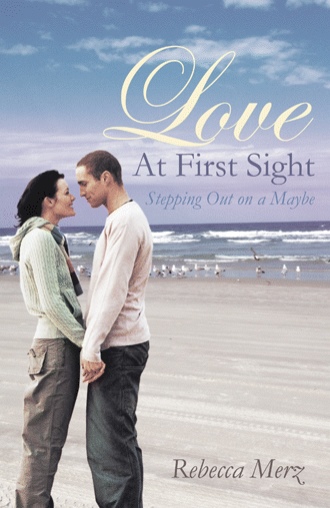 When I first saw Adam—I would call it a chance meeting—I was surprised. He was the first man to catch my eye since I’d met my late husband, George, thirty-three years before. I met Adam at his workplace. My sister Nora came with me that day. She was there to listen because two heads are better than one, but I was the client. Although I was there for a professional reason, Adam and I began to strike up a conversation that had nothing to do with my reason for being there. As the conversation took on a more personal slant, we both began exchanging lots of information with each other. My sister sat in the corner as she listened and watched Adam and I interact. While Adam and I were conversing, he removed a fallen strand of hair from my shoulder and held it up for both of us to see. It was such a natural gesture that I normally wouldn’t have given it a second thought. But as we looked at that strand of hair, our eyes met. At that moment Adam smiled, and the look on his face mirrored that of George’s whenever he would look into my eyes. Adam’s face just lit up, and I was shocked. That’s when I heard this voice say, “Adam is 100 percent German”. For a brief second, I actually thought Adam was attracted to me. Then I concluded it was just his reaction to the joke I’d made about the hair. “I know it has to be mine,” I had teased because his head was shaved.

During this initial conversation, we learned we both had houses in Indiana and South Carolina. Adam told me of his plans to spend his winters in South Carolina after he retired. He went on to say, “Did you see the older married couple that just left my office? They have a house here and in South Carolina too.” It was as if he was lost in thought as I heard him say, “This is so strange … and now you’re here.” Initially, I thought he was referring to the coincidence that all three of us would have the same dual residency. Later, I wondered if he was thinking something more. As Adam continued to talk about the house he was having built, he said, almost as if he were thinking aloud, “I don’t know why I’m building such a big house for just myself.”

Inside my head, I heard a soft voice speak, “Maybe he isn’t going to be there by himself. You’ll be there with him.” That was quite a shocking idea considering I didn’t even know this man. I started to wonder about Adam’s marital status, and instantly he gave me an answer to my unspoken question.

Adam blurted out, “I’m single.” He went on to say, “I am going to be retiring in a few years.” That was when I made the mistaken assumption that we were the same age. Later in the conversation, he mentioned we were around the same age, so he falsely assumed that too.

I could hardly believe the turn in the conversation. Everything was happening so fast. My mind raced to absorb all that had transpired, but part of my brain felt like it was trying to clear out cobwebs. I pushed all thoughts of Adam being in my future away. I thought I had put the prospect out of my head altogether, but it merely snuck into the recesses of my mind. We continued to talk. We had so much in common. When he spoke about how he had been to every beach in Florida, it was as if I was speaking. I had said that very same thing many times. For that reason alone, I didn’t find Adam attractive; he seemed too much like me—and not in a good way. I thought he talked too much.

As Adam and I compared beaches that day, I found out that Siesta Key was Adam’s number two favorite. The beach he rated number one is found on Florida’s panhandle in Destin. (Is that short for destiny, I wonder?) He said he favored it not only because of the pure white sand but also because of the direction the wind blew across the sand. He mesmerized me with his description. Later, when I reflected back on the conversation, I could imagine being at that beach with the gentle ocean breeze blowing each grain of white sand softly across my toes as we walked hand in hand.

My first impression was Adam seemed nice enough, was quite a talker, but was self-absorbed and not a good listener. Later, he proved me wrong.

Adam was detailed in his conversations, which included information about his personal life. I would love to share all the particulars, but I cannot because his stories are not mine. Someday Adam and I might openly share these stories, but for now it would be premature. What I can say, however, is that from the moment we met I felt so safe and comfortable when I was with him, I didn’t want to leave his presence.

At first, I didn’t understand why I felt that way, but I sensed he felt the same. We had long since finished up the business at hand, and yet we continued to talk. Eventually he opened the door for me to leave. When he immediately shut it, I knew he didn’t want me to go. I perceived he felt comfortable and safe with me too. Adam’s words and actions matched what I sensed.

I heard myself say, “I would date him.” That was what shocked me the most. I almost looked around to see where that voice came from, because I couldn’t believe my ears. 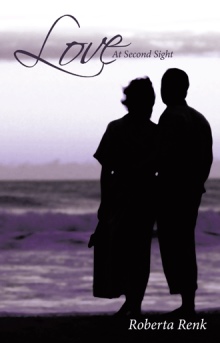 After the death of her husband, Rebecca turned to God for everything. She was alone and needed God more than ever. This personal relationship with God became so intense that she experienced Him in ways she never dreamed were possible.

Rebecca’s journey began when she became convinced God used a man she named Adam to awaken her passion to be a married lady again. When Rebecca shared every little detail of her life with God, she felt certain God orchestrated the funniest situations to give her confidence as she traveled into unknown territory. She insisted God was being playful with her and wanted her to relax and trust that He was the one that was in control. Those times Rebecca experienced doubt, God did some remarkable things to prove He was with her. As a result she developed a boldness to do what she believed God was asking of her. God always confirmed the decisions she made were the stepping-stones leading to her destiny. She learned God was pleased by her faith that she entrusted to Him alone.

God demonstrated two-way communication with Him was not only possible but was necessary in order to turn her dreams into reality. This two-way conversation brought her relationship with God to a deeper level. She knew He had prepared the way that would lead her to her future husband. Rebecca claims God is still in the match making business and is the best dating coach any person could ask for because Father knows best.

All proceeds from the sale of this book will go to a mobile ministry that gives women who are facing unplanned pregnancies image clear ultrasounds free of charge. When women are in crisis due to an unwanted pregnancy they need to know that God loved them at “First Sight.” Hopefully with knowledge of this truth these women will now be willing to “step out on a maybe” and trust God to work out a solution that begins with them choosing life for the child within.

Rebecca feels joyous when she writes. She believes God pens her words through the gift of the Holy Spirit. She is confident God called her to promote Love At First Sight, Stepping Out on a Maybe throughout “the church” so that she will be able to speak for the at-risk unborn babies in this country. She knows the church is made up of all who believe in Jesus and is not confined within the walls of a building. She knows this body of believers holds the key to the solution concerning abortion not the government. Rebecca desires to encourage all Christians to help women in crisis first and foremost understand God is not mad at them. He loves them so much that He gave up His one and only Son so that they may experience a blessed life here on earth and for eternity with Him in Heaven.