Until Death Did Us Part

A Story of Love 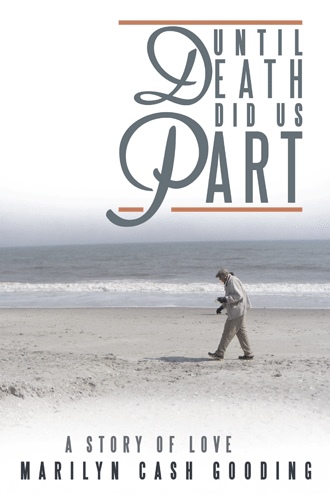 The next day came and Ken just kept hanging on and no one still knew what he was waiting for. The nurse thought he would pass any minute and suggested that we not leave the building, so we stayed and were in the hospice kitchen making some peanut butter sandwiches and she said “Come quickly! I think he is passing.”

We ran back to his room and again stood at his bedside stroking his head and hands and telling him that it was OK to go. But nothing happened..

I saw Mike on his knees with his head on Ken’s arm and tears running down his face. He got up and I saw him whisper something to his wife and they took hold of the sheet under Ken and pulled him over as close to the side of the bed as possible just to make a little space on the other side where I was standing.

Ken was a very large man, he was 6’5 and 250 pounds so that left very little extra room in that small bed. Then Mike asked Lisa and Kim to help me into the bed beside Ken and they quickly put the side up so I wouldn’t roll out.

I think when Mike was praying he must have realized that Ken needed more closeness than just holding his hand and rubbing his head. He was wanting my arms tightly around him.

I turned on my side with my shoulder in his armpit and I put my head on his chest with my hair in his face. I put my leg across him just the way we slept. Lisa put his limp arm in my hand near my back and I put my other arm around his chest as tightly as possible. Then the kids turned down the lights and left the room.

Through my tears I told him again how much I loved him and would miss him and that I was not going to let him die alone. I told him that I was going to hold him tight until he saw Jesus come and he reached out and took Jesus’ hand. Then, and only then, would I let him go.

I felt his breathing start making short stops and I knew he was going. The kids and the nurse came back into the room and helped me out of the bed as his breath stopped for a few seconds and then started for a few seconds. Then it stopped completely and we saw that peace come on his face as he was home in heaven.

Author Marilyn Cash Gooding shares how she felt God at her side every step of the way through her husband’s diagnosis of brain cancer, the dying process, the release of the hand of the love of her life into the hand of Jesus, the months of grieving that followed, and her eventual return to wholeness.

“Marilyn, your new book is so honest and true to life. Many people will identify with its content. You are an anointed and talented writer. It is full of God-given nuggets. Thanks, Marilyn, for being so obedient in writing it and for sharing your pain for your family, friends, and the world to see. Your personal relationship with Jesus is evident. That alone causes people to desire what you have with Him. It is a book that gives people hope. It makes you smile and makes you sad. As I read it, it shows the faithfulness of God. It reveals His love for you and your love for Him and your family.
—Sharon Van Der Veer, intercessor for the body of Christ from Pella, IA

Seventy-nine year old author Marilyn Cash Gooding writes about her husband’s untimely death as she shares the months of emotional pain she had to process through and how her unwaivering faith in a loving God carried her down that road that no one wants to travel. This is the author’s third book.