The Surprising Path to a Transformed Life 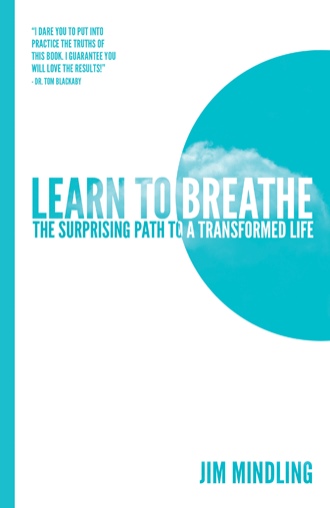 I was dying and I knew it. Everything in me strained to take a breath. My heart was beating faster, but my lungs wouldn’t cooperate. Desperately, I tried again and again to breathe, each attempt a terrifying failure. Pinned to the ground by fear and helplessness, I was suffocating with my mouth wide open. Although only in the third grade, I was old enough to know what dying felt like. What started out to be some harmless disobedience suddenly became the most terrifying moment in my short life.

Living on a farm in southern Ohio and itching for some adventure, I was trying to figure out a way to ride a horse that my parents specifically had told me not to try to ride. Since I was so small that I couldn’t get a saddle on the horse, let alone reach a stirrup, I led her over to a fence, tied her up, and scampered up to the top rail.

The plan was simple: jump off the fence onto the horse. Poised on the rail just before my jump, I congratulated myself for beating the system. This was going to be the ride of my life. I don’t think anybody had ever tried jumping onto this horse from the fence, and she wasn’t expecting it, so when I landed on her back with a thump she panicked. The next thing I knew I was airborne in the barnyard and landing on the ground smack on my back. The impact knocked the breath right out of me. As I lay on the ground gasping for air, my mind was dominated by one thought: I just need to breathe! I doubt if I had ever thought of breathing until that point in my life, and now that I couldn’t breathe it was the only thing I could think about. At that moment, breathing was the most critical thing in my life. I was dying, alone, with no one to help me. Panic-stricken and helpless, my life passed before my eyes, all eight years of it. Sprawled out in the barnyard I made desperate promises to God about obeying my parents. I vowed to return the five-dollar bill I had stolen from my mother’s purse. I would even be nice to my sister, anything—I was willing to do whatever it took to meet the greatest need of my life: I just need to breathe!

And then it happened. Just as suddenly as I had stopped breathing, I started breathing again. From death to life.

Apparently no one dies from getting the breath knocked out of them, but those who have experienced it will tell you they felt like they were going to die. Why? Because you can’t breathe—at least you don’t think you can. And, after all, the only way to live is to breathe. That’s how important breath is. It is the basis of life itself, the gift of God. Breathing is the central action in all of life. We do it without thinking. But while everyone already knows how to do this central action in life, very few people apply it to the central area of life.

Ironically, though I have earned three advanced degrees, including a doctorate, and have been in the people-helping business for over twenty-five years, I can’t think of anything I’ve learned that has more power to change your life and our world than what I discovered in those desperate moments lying in the barnyard. Of course, I didn’t realize it then; it took me several decades to discover the life-transforming truths latent in that simple phrase: I just need to breathe.

What if embedded in this most basic of life principles God has given us the secret to living the life He dreamed for us and that we so desperately long to live? What if God made us in such a way that how we breathe to sustain ourselves physically is a parallel to how we are sustained spiritually?

Ever since Christians have reflected on how to live the Christian life, a small but steady number of them have discovered this secret of living in rhythm with God. Some of these spiritual giants have left books, journals, or other writings that describe this rhythm. But far too many Christians never learn these truths, and their disappointing lives bear it out. Each generation needs to “rediscover” these simple but powerful truths. Not only is this basic life principle the secret to spiritual growth, it is the key to your ability to fulfill the purpose for which God created you.

This book is about taking something we already know how to do in one area of our life and learning how to extend it to the most important part of our life. What is true for our physical body is true for our spiritual life: the only way to live is to breathe.

When God made the first man, Genesis 2:7 says that God “breathed into his nostrils the breath of life, and the man became a living being” (italics added). Until God breathed into him this life-giving breath, Adam was just a stiff carcass lying there on the ground or propped up against a tree looking like a mannequin in the storage room of a clothing store. He had a body but no life. The breath gave him life. Job 14:10 provides the bookend: “But man dies and is laid low; he breathes his last and is no more” (italics added). Put simply: you breathe, you live. When you stop breathing, you die. This is true both physically and spiritually. The abundant life God intended for us to live can be sustained only as we learn and practice Spiritual Breathing.

Breathing is not the goal of life, but no one reaches their goal apart from breathing. Breathing makes reaching the goal possible. But what is so obvious physically gets completely ignored by most of us spiritually. I know in my own life I was ignorant of this powerful but simple truth for years and years. Sometimes the most profound things are as close as the air we breathe.

Maybe this has happened to you too. There was a time in your life when you were living for God, excited about what God had done in your life and eager to know Him and grow as a Christian. It may have been when you were a teenager or a young adult or perhaps later in life. There was a hunger to know God and to live for Him, and life was an adventure. You took your first “breaths” as a young Christian, and your goal was to grow in the Lord. You may not have even realized that as you grew as a Christian you were beginning the process of “growing in every way more and more like Christ” (Ephesians 4:15), but you were. You were on the right track.

Just as when you were born physically, breathing without “thinking” about it, so as you started your Christian life you began the process of Spiritual Breathing. You confessed (breathed “out”) your sin and received (breathed “in”) the life-giving Spirit of God, who applied forgiveness to your heart. You recognized your need for God, breathed in His Spirit, and received just what you needed to live. God by His Spirit was at work in you, beginning to fulfill His purpose in your life, which is for you to “become like his Son” (Romans 8:28-29). Yes, God’s goal when He created you was for you to be like Christ. He invited you on the adventure of a lifetime, the great adventure for which every human being is born. God wants you to grow and mature in the Christian life, cooperating with His grace and being led by His Spirit—that’s the process of Christlikeness. And the only way to reach our goal of Christlikeness is by practicing “Spiritual Breathing.”

This adventure of becoming like Christ is challenging, exciting, and filled with risk and intrigue. But it’s not easy or predictable, and for many the goal of living for Christ and becoming more like Him gets sabotaged. Something happens and they get the breath knocked out of them. Their goal changes from living to merely surviving. It may have been sudden, like falling off a horse, or it may have been gradual the way spring changes to summer which gives way to fall and then winter. But whether it was sudden or gradual, something’s changed.

I meet people all the time who’ve gotten the breath knocked out of them. They are desperately gasping for air, and they don’t know what to do next.

Have you plateaued in your faith? Does it seem you should be more like Christ than you are? Have you settled for a version of Christianity that is a far cry from the joy and adventure found in biblical Christlikeness?

You’re not alone. Many are not even aware that the purpose of life is to become like Christ. Others sense there’s more but just don’t know how to make it happen.

The key to becoming like Christ is discovering how to cooperate with the work of the Holy Spirit; learning the rhythm of breathing in His life-giving presence and breathing out the toxins that poison our soul.

Learn to Breathe shows us how to intentionally align with the Holy Spirit’s work of spiritual formation as God develops Christlikeness in us. Exploring how Jesus cooperated with the Holy Spirit while he walked on earth reveals a fascinating model for us to follow today.

Dr. Jim Mindling has been leading people in the adventure of becoming like Christ for over twenty years as a church planter, pastor, teacher, mentor, and coach. Lead pastor at Church of the Open Door in Elyria, Ohio, he has spoken at college and seminary campuses, churches and conferences around the world.