The Man I Was Destined to Be

Addiction, Incarceration, and the Road Back to God 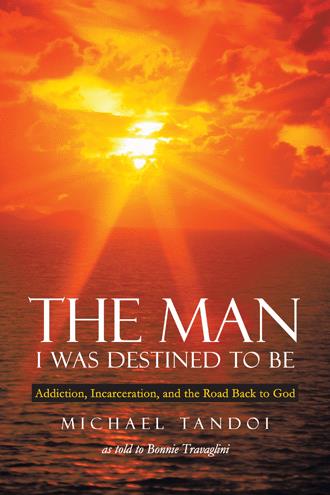 I drove through two more towns and I figured that the best thing to do was to get off the expressway. I was going to take the next exit when I noticed the steel spikes on the ground and the road block. That is when it happened! I slammed on my brakes and took a turn that would change my life forever. I went down the grassy hill to avoid the steel spikes and when I hit the road again, my car crashed and bounced the wrong way on the expressway.
Cars were coming at me and I was in the middle lane trying to dodge them. I didn’t want to hurt anyone and I don’t think I wanted to die but now I was scared – so, so scared. I drove as far away from traffic as possible and found my way over to the middle, grassy patch so I could go wild in the grass and still be away from on-coming traffic. I was clocked at 120 mph. Cops were everywhere; behind me, in front of me. I was surrounded by cop cars. I was running out of grass and there was a bridge ahead so I had to get back on the road going the wrong way. I was hugging the guard rail and I didn’t want to crash and I didn’t want anyone to get hurt. I was running because I didn’t trust the cops. In my state of mind, I thought everyone was after me. I wasn’t going to stop—I couldn’t stop, I had to keep going.
Sparks were flying because the passenger side of my car was scraping the rail. Then, I hit a car, head on. Both of the cars exploded, my airbag went off and I went into a deep panic. I tried to keep going. I didn’t want to stop. I grabbed my crack stem and started to take a hit and kept hitting until the cops surrounded my car with guns drawn.
Cops were everywhere, guns were everywhere, and television news crews were everywhere. Looking back, I have to say that the news crews probably saved my life that day because I think the cops would have kicked my ass all over the expressway. They had been after me for so long. They wanted me so badly. In the police report, one cop wrote, “As I passed him, his window was down and it felt like the life was sucked right out of him—we were that close, window to window.”

Michael Tandoi’s string of bad decisions caught up with him at age twenty-seven. A crack-cocaine habit led him to become a danger to himself and society, and a judge made the decision he thought was best: Seven years in prison. It took the death of his father and three years for Tandoi to realize that his former life prevented him from becoming the man he was meant to be. In this memoir, he describes the roller coaster his life became before he landed in prison, which is where he wrote most of this book. In it, he shares an important message: Love yourself, love God, and embrace that you can achieve anything if you’re clean and sober. Walking the road to recovery enabled the author to change his life—and anyone battling addiction can trace his path to overcome their demons and become a better person.

Bonnie Travaglini, Michael Tandoi’s aunt, chronicles Michael’s journey from childhood through his lengthy drug addiction and his eventual incarceration as he fights to reestablish his relationship with God and search for the man he was destined to be. This is a story of recovery and hope. Michael and Bonnie reside in New York State.