Finding Him in the Small Stuff 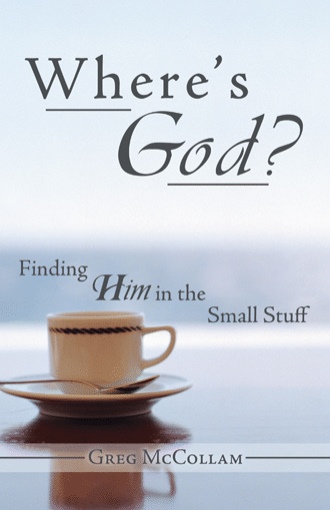 Driving With the Windows Rolled Down

When the weather turns warm, I like to drive with my car windows rolled down.
It is a real pleasure to feel the wind blowing through my hair.

I like driving with the windows down because it allows me to experience so many things that can only be enjoyed when they are experienced in person.

Like fresh air…like the smell of a newly mowed lawn…like blooming flowers…like the sounds of birds, and barking dogs, and sprinklers watering neighbors’ lawns.

Sometimes, however, driving with the windows down exposes me to other things I don’t like so much.

Like music from someone else’s car that is SO LOUD it rattles MY teeth.

Like the rumble of a souped-up Harley driving right beside my door.

Like those big trucks that spew foul-smelling smoke and fumes from every crack in every exhaust pipe on their rigs.

When you drive with your windows down, though, one thing is certain, the world around you gets a whole lot closer…

…you see things, you smell things, and you hear things that you would otherwise miss.

During a windows-down drive home from work recently, while I was stopped at a red light, I heard someone talking near my car…and as the voice came closer, it got louder and louder.

When I looked in my mirror, I saw two women walking along the sidewalk together…apparently having a rather involved and animated conversation. Or so I thought.

But when they walked past my open window, I could see that their conversation was actually all one-sided.

As a matter of fact, the person without the phone never spoke a word at all.

And I wondered how she felt.

I imagine she had expected a nice walk that evening, and a nice talk with her friend. But, instead, she ended up an eavesdropper on a conversation that she was not a part of at all.

Worst of all, she was being completely ignored by her cell phone-talking friend.

…or maybe she was talking to her brother in the military.

…or she could have been taking a call from a long lost love who wanted to reunite with her.

In other words, maybe she had no choice but to talk on her cell phone while on a walk with her friend.

But I don’t think so.

Since I also ended up being an unintentional eavesdropper of some small portion of that conversation, I have to say it didn’t sound like that kind of call to me.

I think it was just a regular, normal phone call, and she was so engaged in it that she didn’t even realize she was totally ignoring the person who was RIGHT THERE WALKING BESIDE HER every step of the way.

And then it hit me…sometimes I treat God the same way.

As I walk through life, He walks with me, step-by-step, waiting for me to acknowledge Him.

He is right there beside me, waiting for me to pay attention to Him.

He is just waiting for me to turn to Him and talk to Him.

But I ignore Him.

I am too busy holding an intense conversation with someone else.

My attention, my focus, is somewhere else.

Instead of where it should be.

You want to move closer to God, but you are intimidated by the bigness of the journey. You think it takes a big commitment, a big Bible, a big church, and big religious words—so either you don’t take the first step at all, or you get stuck somewhere and never move forward.

This book is for you.

Each story offers inspiration to help you move closer to God through the small stuff in life—a cup of coffee, a grocery list, or fast-food French fries. You may never look at a roller coaster the same way again!

Greg McCollam is an ordained American Baptist minister and the pastor of Walnut Hills Baptist Church in Cincinnati, Ohio. A West Virginia native, and a graduate of the University of Charleston in Charleston, West Virginia, he has been a guest preacher at many churches in Ohio and West Virginia and has led Bible studies and chapel services at several churches, nursing homes, and a racetrack. As a former college sports information director, he received numerous state and national awards for publishing and editing sports media guides and brochures. He also worked in the marketing departments of both the Indiana Pacers and the Cincinnati Reds. He and his wife, Jan, are the parents of three children (Erin, Kelly, and Jordan) and grandparents of one (Reese). They share their home with four dogs and a cat (who thinks she is one of the dogs).