The Foundation For a Healthy, Vibrant, And Effective Congregation 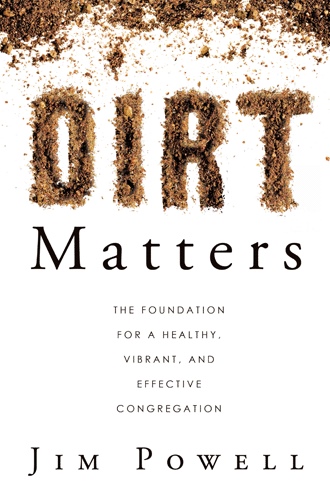 It’s no secret that lots of churches struggle.
While some ministries explode with dynamic growth and stories of changed lives, many more (actually the majority) find themselves plateaued or in decline. Many are like a swimmer treading water. They’re incredibly active, but at the end of the day, they haven’t gone anywhere; they’re perpetually stuck in the same place. Others remind me of the little Dutch boy with his finger in the dike. Their primary goal is survival. They just want to stay open one more week.
Frankly, we shouldn’t be surprised. It’s no easy thing to carry out the work of God in a culture that continues to grow increasingly deaf and even defiant to the things of God. Add to that the human failings found in those of us who call ourselves Christians, and you can see why the task of carrying out and fulfilling Jesus’s Great Commission can be rather daunting—and at times appear to be hopelessly out of reach.
But it doesn’t have to stay that way. Churches can turn around, even those with a long history of treading water or fighting to simply keep their doors open.
But the key to turning around a struggling church and reigniting vision and passion for Jesus’s Great Commission isn’t found in the places that most pastors and church leaders look. It’s not found in better programs, fancy marketing, or even great preaching. It’s found in something far more basic. It’s found at the core—this thing called culture.
Every church has one. It’s made up of the values, patterns, past decisions, and current policies (both written and unwritten) that guide the day-to-day decisions that shape a church and create its destiny.
Jim Powell uses the metaphor of farming to illustrate the importance of culture. In farming, dirt matters. Without good soil, it doesn’t matter what you plant or how often you water; the crop won’t grow well.
It’s the same in a church. Without a healthy culture, it doesn’t matter what ministry methods we use; the crop won’t grow well.
Jim knows what he’s talking about. His ideas and insights aren’t mere theory. He’s put them into practice and has the fruit to prove they work. Called to pastor a church with 65 members and a long history of treading water and slow decline, he focused on changing the culture rather than merely changing the programs.
Today, that church has grown from 65 to over 1,500. And I know its health and culture firsthand. My son and daughter-in-law attended and served in the ministry while they lived in the region. I’ve had the privilege of visiting the church, teaching the staff, and interacting with leaders and members. That is why I applaud Jim’s insights and commend them to you.
When it comes to ministry in the local church, there are no magic bullets. But there are core principles that produce greater health when followed and sabotage health when ignored. By focusing on the dirt, you can improve the harvest. And the following pages will show you exactly how to do that.
Larry Osborne
Author and pastor, North Coast Church, Vista, CA
2013

Early in my ministry career, a small rural church asked me to supply preach. In addition to giving the sermon, they asked me to teach the Senior High Sunday School class. The only problem was that no high school students showed up. My wife and I sat in an empty room until an elderly church leader stopped by to apologize. We ended up having a conversation about the early days of the church when the congregation was thriving. He told us that many wonderful people still attended the church, even though the attendance was dwindling, and he spoke of the numerous unreached people in the area and how the congregation was struggling to connect with them. When he left, I vividly recall turning to my wife and saying, “This church has so much potential.”

Several years later I was in conversations with the church I now pastor, which had been without a minister for over a year. There were no children in the nursery, a handful of teens in the youth ministry, and a fear among the leadership that, if things didn’t turn around, they might need to shut the doors. I decided to call the interim minister and ask him about the church. One of the first things he said was, "This church has so much potential."

Not only have I lived with the struggle to actualize a church’s potential, but I also see it when talking with other pastors and church leaders. Each year, I have the privilege of coaching and consulting with dozens of churches. Regardless of size, denomination, or location, the refrain is the same—the church has unrealized potential and should be having more of an impact.

While the details of your church story may be different, I imagine it is also similar—a collection of good people wanting to honor the Lord and make a difference in His name, but a gnawing sense that you could be doing so much more than you are. You've tried conferences, books, ministry kits; you've prayed, networked, and maybe even wept. You’ve had some great events and big Sundays, but still it seems that your church has not come close to making the difference you think it can.

I am absolutely convinced that one of the main reasons so many churches are struggling and feel as though they are not reaching their full impact is because they are unaware of one of the basic elements of a healthy, vibrant, and effective congregation—the soil!

That’s why I’m writing this book.

In the following pages, I’ll be using the biblical and practical analogy of soil to show that addressing your church’s culture is absolutely essential, and I will give you some insights about cultivating it so that your congregation can fulfill God’s intent. The first section explains the connection between soil and church culture and how this has a direct correlation with the health and outcomes of a congregation. The second section will illustrate this principle by sharing five specific values I call Activators, which show how healthy values positively affect church culture. The final section I lay out a flexible process for developing a healthier culture in an existing congregation.

How is the soil? Is it fertile or poor? – Moses

I grew up in a town of fifty thousand people in the heart of the Midwest. By no means was I a city boy, but I wasn’t from the country either. My grandparents, on the other hand—they were all country. American Gothic country.

As a child, I would spend a few weeks every summer visiting my grandparents’ farm. It was a different world for me: tractors, feeding cattle, bb-guns, square dances, horseback rides, big lunches, and mandatory afternoon naps.

Then there was the work. Generally this involved walking the bean fields to cut out weeds and unwanted corn shoots. My grandparents’ fields were flat, boring, and had few or no trees. There was no scenery except rows of crops with a few barns, houses, and gravel roads in between. An occasional car driving by and kicking up dust or the attack of a random insect was all that broke the monotony.

Every church has a unique culture that serves as the soil where its ministry occurs. A church’s culture is the somewhat nebulous and complex blend of norms, beliefs, attitudes, traditions, and practices that define the congregation. The culture establishes the environment that often predetermines the effectiveness or ineffectiveness of God’s Word within that body of believers. It influences a congregation’s potential impact more than techniques, programs, or
pragmatic changes.

Dirt Matters explains and illustrates the importance of church culture, connecting it to a simple analogy that anyone can understand. It also shares how it’s possible to cultivate and nurture a healthier church environment that can put you and your congregation in a better position to bear fruit for God’s glory.

Jim Powell is the lead pastor of Richwoods Christian Church in Peoria, Illinois, and director of the 95network, a nonprofit organization focused on encouraging and equipping the 95 percent of church congregations in America that are under 800 people in size.

Through the 95network, Jim coaches, mentors, and consults with pastors and church leaders. He also speaks at conferences and seminars. To inquire about having Jim speak at your church or event, you can go to
jimpowellonline.com.

Jim enjoys life in Peoria with his wife, Stephanie; their two boys, Timothy and Trevor; and their English mastiff, Roxie. His published works include articles on church culture, leadership, and spiritual formation. Dirt Matters is his first book.