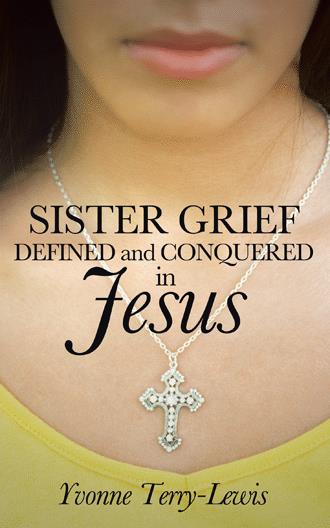 I need you Lord! I can't go through this Sister Grief alone, which I feel way down in the depths of my soul. This loss of my child is unbearable. I learned that losing a child is like no other loss. I literally felt like my whole world had come to an end. As parents we feel we are supposed to protect our children. I asked, why is my child dead and I am still alive? My child is supposed to bury me, not I him. If you have lost a child, be patient with yourself; it will get better. My precious child now dwells in heaven. Oh, how I miss him. I miss him at family gatherings when my nephews are around. Actually, I just miss him all the time. The Lord was there for me in my Sister Grief and he will be there for you in your storm. Now let me share one plan for defining and conquering Sister Grief with Jesus.

In this book, Yvonne Terry-Lewis shares practical strategies that can help move one through the grieving process, with Jesus as the anchor. The reader will find testimonies, poems, letters, and lots of practical advice. Yvonne used this process to help her move from the shock and pain of grief to a place of healing and extending agape love to others in her missionary work.

Yvonne Terry-Lewis is a Christian educator who has written plays, poems, skits, and songs while working with children in the public schools, as well as in her church community. She is a Christian missionary, wife, mother, daughter, aunt, and grandmother who loves the Lord Jesus.

She earned a master’s degree from St. Mary’s Seminary in 2009 in church ministries/pastoral care. Yvonne felt compelled to write this book, which chronicles her healing process from grief, after the deaths of many close family members, including her first husband, son, mother, sister, and nephew.

Yvonne retired in 2007 after a thirty-four-year career in education. Sister Grief—Defined and Conquered in Jesus is her first book.