The Life of Job 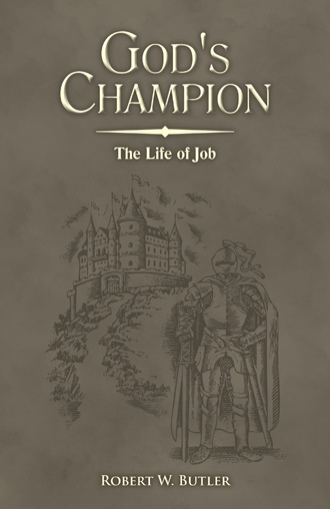 To properly understand the story of Job, especially his struggle, we must believe that God knew what He was talking about when He called Job a blameless man (Job 1:8) and that his friends really were friends who brought comfort to Job’s suffering. Some commentaries claim that Job, at least at some level, deserved what he got. Some claim that it was a change in attitude over the course of his suffering. Others claim that it was Job’s fears that allowed Satan to attack him. They also contend that his friends were lousy comforters. I cannot accept these conclusions. They do not square with God’s claims. So, let’s continue our study of Job from the perspective that God was correct when He declared Job to be a righteous man (Job 1:8; 2:3) and that Job spoke what was right about Him (42:7, 9). I believe from that perspective, we can learn the truths about the life experiences of Job and the God he knew, a God of grace, the God that will satisfy a thirsty heart.

Job’s suffering out weighed the comfort. Job said, “Curses, I hate the day I was born” (3:1 paraphrased). He was upset and grieving. He expressed his opinion that if he had to be born, he should have died immediately. He complained he did not have to live (3:11). He was not happy about being received into life and being sustained (3:12). He was not happy about his mother giving him life. He was not happy about being alive. These were Job’s declarations that challenged his existence in the middle of the chapter. In the last part of the chapter (3:17-22), he expressed his objection to being alive in light of the magnitude of his suffering. He complained that it would be better if he were not alive. In death, there was no pain. There was rest. All cultural and positional distinctions disappear, like slave and master. Everyone was at peace. So, he asked, as a common expression of humanity, “Why do I have to suffer.” “Why do I have to live with this pain?” Job was really good at complaining in this chapter. There are no positive expressions from Job, a man who was blameless and upright.

While the chapter is overwhelmingly filled with sorrow and despair, we need to see how this section of Scripture is profitable (II Tim. 3:16). God has seen fit to include it for our instruction and training in righteousness. We conclude, too easily and quickly, that it is wrong to complain. We should have a stiff upper lip and should just deal with it. Big boys do not cry. Let me suggest that God does not share that perspective. Rugged individualism may have worked well to win the West but falls short in the spiritual arena. If the body of Christ is a multi-gifted organism, there needs to be an open and honest exchange between its members. “Rejoicing with those who rejoice and weeping with those who weep” (Rom. 12:15). There is a reason for their weeping and they should have the arena to express it. If we do not think that weepers have a legitimate complaint, the body will not function very well. God is a God of grace. Grace is a provision for a need. If we do not allow for the legitimacy of the need, we will miss the depth and breadth of who God is.

We do not need Job’s sorrows added to our own. So, given the nature of this chapter, here is the question that I want us to answer, “Are Job’s complaints reasonable.” He complained about life, birth, and suffering. If Job was an example of endurance or patience (Jam. 5:11) and vindicated by God, we need to take a look at this chapter that diverges from the typical conclusions. Some of the commentaries will tell us that Job was being unreasonable. He was not trusting in God. If any of this is correct, Satan was right and God was wrong in His statements about Job. That is an unacceptable conclusion. Let us return to the question, rather than dismiss it. Are Job’s complaints reasonable?

When you finish reading this chapter and set the book down, I want you to walk away firmly convinced that the answer is “Yes, Job’s complaints were reasonable.” There are many in the Christian community who think this is a misguided conclusion. I do not believe it is fair to God or Job to draw the typical conclusions. If we were in Job’s place, we might have a different picture of the things that happened. If we were wealthy and lost our entire fortune, if we had raised ten children who enjoyed the company of one another, if we were suffering every hour of every day with incredible pain from sores that covered our body, we just might figure out how to articulate a complaint or two. Job did. From the content of this chapter, I want us to consider three reasons why Job’s complaints were reasonable.

Job, God’s champion, offers experiential insight into the nature and workings of God. Job is not the main character of the book of Job; rather, it is God. The opening scene is in heaven, and God’s relationship with humanity is challenged. Job’s life becomes the arena of contention in this attack on God. As a result, Job loses family, wealth, and health. Job and his friends argue over God’s actions and men’s experiences in the world. God clarifies that Job spoke what was right about Him.

Here are a few important lessons from Job’s life:

•  God wants a relationship with you.
•  We need a mediator for our spiritual condition.
•  God operates for His own glory.
•  Suffering may be a part of God’s plan.

Don’t let the suffering temper your enthusiasm for the understanding offered by God’s champion. Job’s life illustrates a substantive spiritual relationship with the God of heaven. The more we know Him, the more we will value the relationship. Our relationship with Him facilitates our being made in His image. Learn to be a champion!

The author has been involved with Christian ministry since he was in high school. His ministry experiences in addition to senior pastor include summer camp, youth ministry, worship leadership, Christian schools, and home-school leadership. He currently is the pastor of Grace Church in Menifee, California.

While no one may have experienced the extremes of Job, everyone has dealt with financial, family, medical, and relational difficulties. The congregation found the personal relevance of this book extraordinary in keeping the focus on the God of creation when preached through in 2005.

The author has been married for thirty-two years. He has three children and four grandchildren. The more of life he experiences, the more relevance he finds in Job.