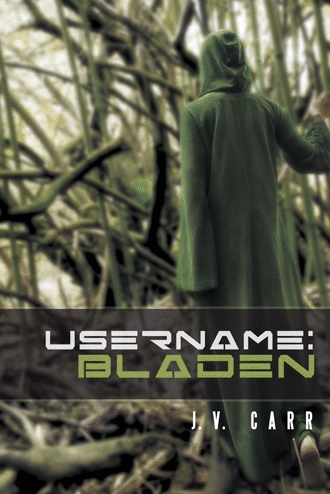 Sometimes life is like jumping out of an airplane and hoping the freaking parachute deploys. You know, the adrenaline kicks in like mad; the heart pumps so fast it feels like there’s no pause between the beats; you

pray you don’t have to use the reserve chute, and all because nobody wants to be mutilated on the ground and kiss life goodbye.

That’s what happened to me. I made a choice like jumping out of an airplane ... with the chute. It all started the day I took off for my freshman year in college. I was in my bedroom saying goodbye to the sentimental and packing the purely functional when my iPhone rang in an unusual tone. I picked it up off of my tall oak dresser and answered it.

“Hello?” There was nothing but silence. “Helloooo?” I sang out. Humph! No one’s there, I thought. For a brief moment, it illuminated in front of me with the caller ID displaying a blinking “Bladen.” My name? I wondered. Why is it showing my name? Then a cold chill ran through me as I realized that the phone felt as rough as my grandma’s face and as boney as a skeleton’s hand. I stared at the phone in disbelief and felt more than a little on edge.

To get my mind off of it, I stretched out on my full-size bed, tapped my iPhone’s screen, and began to play my brand-new video game Arcis. I soon forgot about my phone’s bizarre behavior and named my avatar Thorn. I had just discovered how to make his body teleport. Wow, that was awesome. He landed inside an ominous courtyard. The massive domes and columns had eerie shadows cast on them that restricted Thorn’s view of the vile demons stooped in the corners. One lone demon with Medusa hair leaped in front of Thorn. It appeared with slimy snakes oozing out from under the hood of its blackened cloak. Thorn wrestled desperately with all the strength I could give him to gain every ounce of power over it, until the demon’s long, fingernail-like claws drew blood, when they dug deep into Thorns arms. Crap, I thought, I’m gonna lose.

I tapped the screen hard and made Thorn drive his sword into the beast. I hoped I’d beaten it and won the level, but its face altered into a pretty blonde girl. Even Thorn gasped and stumbled back. I had no control over that part of the game. The beast hurled Thorn to the ground. I continued to tap the screen. Finally, I got Thorn to reach for a dagger that hung from the right side of his armored belt. He plunged it into the jerk—blood and guts everywhere. Level I over. I won. At least I thought I won. I wasn’t sure when I saw two black eyes glaring at me from inside the basilica. The man’s penetrating stare made me feel like he actually saw me Bladen not me Thorn. He looked my way, curled his finger, and motioned for me to enter into the game. I swear his lips mouthed my name. Nice...and...slow. Whoa, I thought, sketchy. I threw my phone on my bed, jumped up, and began to pace.

It didn’t occur to me at first, but the courtyard in my game looked familiar, like the one outside of St. Peter’s Basilica in Rome, Italy. Trust me I know. Gram has pictures all over her house of it. She said it was the best vacation of her life. Anyway, I reread the game objective on my app. Win the first ten levels in the faraway land of Arcis, on your quest to the final level at the basilica, where demons are stealing the pearl of peace. Destroy the demons, capture and restore the pearl back to its home in the golden box inside the basilica, and win the game before time runs out and Earth is destroyed.

There’s something wrong with the game, I thought. Why did I play my first level at the basilica, if my quest is supposed to lead me there in the end?

I racked my brain—until my heart and body felt moved to take care of my phone as though it was a real person. Yeah. It freaked me out. That’s when it started. I had to take care of the phone. I knew it had something to do with my new game, but I didn’t know what. I had to find out. If I didn’t, I knew something bad would happen. I began to sweat. My heart pounded— hard. I wondered if falling in love felt the same insane way—total obsession. Other than video games, I had girls tattooed on my brain.

My phone rang again. It lit up like unbelievable fireworks. After what happened before I didn’t expect to hear anyone on the other end. When I clicked it on, I couldn’t talk.

you’re talking to Bladen.” I felt like an idiot.
“Did your mom tell you I was going to call?” she asked. “Yeah...yeah she did. She said you’d give me a tour of Freefall and

that even though you’re a freshman too, you are familiar with the campus because you don’t live too far from there.”

Julia and I made small talk as a couple of people who haven’t spoken in years would. She sounded amazing with a voice like chimes. I was sure she’d changed from the freaky, awkward girl I had known from long ago.

After I hung up, I placed my phone on my dresser and finished packing. Towheaded Christiana, my six-year-old little sister, ran in the room, giggling wearing a pink, polka-dot dress. She grabbed my phone and started to push buttons.

“Hey, don’t mess with my stuff Christiana.” I snapped at her. The sick obsession to protect my phone came back.

My older brother Nicholas strolled in, as I was taking my phone away from Christiana. I gave her a big hug and swung her in the air to make sure I hadn’t upset her.

Nicholas shook his head and grabbed the phone. “My precious,” he squeaked while imitating Smeágol from the Lord of the Rings trilogy, and pretended to stroke it. “Bladen, you are way too into the video games on this phone. Now if you were wigged out because a girl called, I’d understand.”

“Yeah, well Julia just called,” I said, as I grabbed Nicholas and threw him in a headlock. I tried to hide the returning obsession I felt for my phone. I didn’t want him touching it either.

What if messing up insanely in a video game could somehow cause serious catastrophic events on Earth? Like maybe a devastating hurricane or an airplane crash? That’s what happens to eighteen-year-old Bladen, after he’s chosen to play in the real-life game Arcis. At first he thinks it’s cool, until his dreams become plagued by a black widow spider that begs for his help; death players want to murder life players like him on Earth, and Bladen realizes that when a level is lost, disasters can’t be stopped.

Bladen’s life becomes more and more tormented, as he stumbles between two worlds filled with hatred, jealousy, and love, until he hits a turning point and has to decide what he wants—to continue to sacrifice in the game, even if it costs him his life, or give it all up for his first love.

J.V. Carr could be found as a child poring over mountains of books or lost in the library on a lazy summer day. She has fond memories of the musty smell of old books and the excitement she felt when reading something new. Later in life, while teaching her children to read and write at home, she realized she had a passion for writing as well. Now she lives in southern Vermont with her family, including numerous children and exchange students from around the world, in a busy house filled with kids, where life is never perfectly organized.