The Gift Once Silent 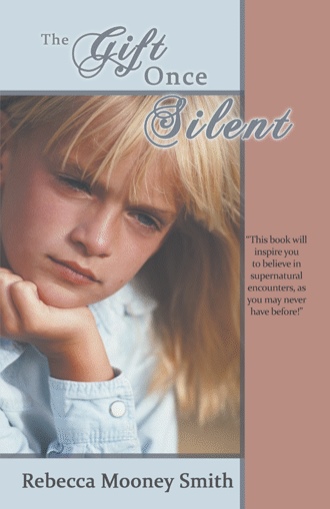 Do I believe everything I read or hear about the supernatural? Absolutely not! I cannot give an account for others and what they say they’ve seen, but only for myself. As I share my stories, telling the truth is imperative for me, and I have written them, from my heart, in honesty and sincerity. For those who are skeptical, I understand, but the Lord clearly tells us about the many spiritual gifts that He gives His children! (1 Corinthians 12) Our world today seems to believe that it is “all knowledgeable,” since we have such immense technology, but the truth is that we aren’t open to the supernatural realms that are all around us! We are to have childlike faith! No spiritual gift should ever be placed upon a back shelf to gather time’s dust. This is why I finally decided to come forward and share The Gift Once Silent.

“When Becky Smith writes, her words of inspiration and encouragement come from a heart set on God. Her upbringing in the finest of Christian homes, by Spirit-filled parents, coupled with a personal spirit that is extremely sensitive to her Lord and her surroundings, qualifies Becky to bring inspiration to others, beyond her circle of influence, through the written word. Simply put, Becky Smith is a gifted writer that will touch many lives in a positive way. I am confident that when you read her words, you will think so, too.”
—Rev. Lewis Passmore

Rebecca M. Smith was born in New Orleans, Louisiana, while her daddy attended the seminary there. As a Christian, her life has been filled with touching and amazing accounts of how the Lord has enabled her to experience supernatural encounters and has provided clearer insight into her spiritual gift.