Jesus said, "I am the way, the truth, and the life. No one comes to the Father except through Me.” 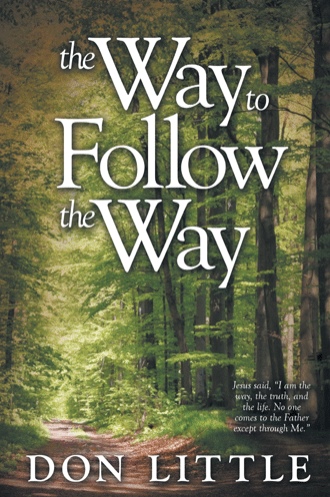 When Jesus wasn’t ministering to people, He was teaching the disciples how to do what He did. “The Way to Follow the Way” is a step by step instruction manual in learning to follow Jesus who is the Way, using the same methods He used to teach His disciples.

• Why do people struggle with their old sinful nature?
• What actually changes when you’re born again?
• How do you receive everything you need for life and godliness?
• What were the final instructions of Jesus?

These questions and many more will be answered with clear, concise and detailed information. It begins with why we believe in the God of creation, quickly explains the knowledge explosion Daniel prophesied would happen in the last days, then proceeds to the first steps a Christian takes and continues all the way through with how to make more disciples the same way Jesus did.

After Jesus ascended back to Heaven and the disciples started to spread the Gospel, they went about praising God and enjoying the goodwill of all the people. And each day the Lord added to their fellowship those who were being saved.

Wouldn’t you like to have the ability to positively influence the people where you live?

Don Little has been a dedicated Bible teacher for nearly thirty of the forty three years he has been a Christian. After managing several businesses during his career, he started and ran his own successful business, which he sold in 1999. Now he is retired and living with his wife of fifty years near Tulsa, Oklahoma. They have two sons and three grandchildren.