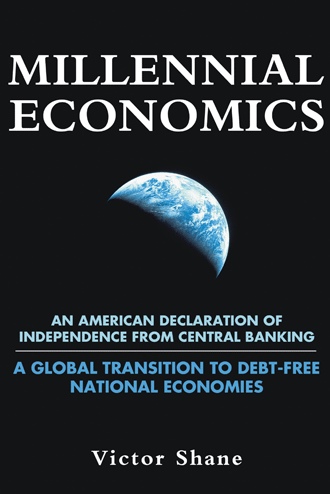 Like Superman swooping in to the rescue, here comes ancient Jewish wisdom with the answer. In the Lord’s language, Hebrew, when one word is used for two apparently separate concepts, those two ideas are really very connected to one another. The Hebrew word for blood DAMIM is identical to one of the words used throughout the ancient writings of Jewish wisdom to mean money.

What are the similarities between blood and money? Both money and blood are most useful in quantity. The singular of both words is seldom used. “I need some blood” but never “I need a blood.” “Can you lend me a money?” No, I don’t think so. Blood and money comprise countless individual elements, each one identifiable, but needing to be aggregated with many others to be useful. Blood is made up of countless units called red and white cells, and money is made up of countless units such as pennies or dollars.

Both blood and money are relatively fungible (freely exchangeable or replaceable). When you borrow my car, I want that car, not a similar one, returned. On the other hand, when you pay me back the ten dollars I loaned you on Friday, I really don’t care that it is not exactly the same ten-dollar bill I gave you. In fact, you can even write me a check. Organs like a heart or liver often get rejected when transferred from one person to another, which makes transplants very challenging. Blood, however, can be moved from person to person with comparative ease, just like money.

Both blood and money need to circulate in order to be effective. Bags of blood can contribute to human health; but merely sitting on the shelf in the blood bank, they aren’t doing their job. It is just the same for bags of money. They are not doing anyone any good merely sitting on the shelf in the money bank. That is why when people fearfully hoard their dollars rather than spending or investing them, our economy totters.

Finally, both blood and money carry nourishment to the farthest reaches of the organism, whether a country or a body. If blood is cut off from an extremity of the body, like a toe, the toe will die. When a customer in Maine buys goods from a seller in the remote foothills of the Rockies, the entire country thrives. The medium of exchange necessary for that transaction is money. When a craftsman in Africa sells a bracelet to a teacher in England, money has made that craftsman healthier, just like a blood transfusion would.

By using the identical word for blood and money, ancient Jewish wisdom teaches that our money is indeed our financial lifeblood and must be treated every bit as seriously as our real blood. For instance, a hemorrhage of either entity must be stopped and treated immediately. Tainted blood and tainted money both have the power to destroy life. Unfortunately, many of us fail to take financial first aid as seriously as we do medical first aid.

This powerful money-blood principle of viewing your money as almost as important as your blood is one of the keys to why, throughout history, Jews have been disproportionately good with money. Fortunately, this key is now available to all, regardless of religious heritage.

Democracy, the antidote to tyranny, and in many ways one of the greatest gifts of God to mankind, involves a process of emancipation whereby something that was once available or accessible to a privileged few becomes available and accessible to many. Looking at the grand picture of history, one might say, for example, that the Pauline Gospel democratized the kingdom of God, or that the Reformation democratized Christianity, or that America’s Founding Fathers democratized government.

Indeed, looking at the big picture of history we see every providence, every blessing, every gift of God, every useful convenience, conveyance, and contraption being made available to many, in the fullness of time. Through it all, however, one thing has resisted all efforts at democratization: the apparatus of money creation, specifically, the seventeenth-century scaffolding of central banking that is now competing against the labor of man and seeking to deprive him of the dignity of his origins in God.

For too long the issues of money creation, introduction, and manipulation have been left ill-defined and unresolved, to this day regarded as occult sciences hidden behind a cloud of mystery and technical jargon accessible only by a privileged few. To compound matters, the last two decades have produced a financial elite who speak a language of their own, live in isolated silos, and seem to possess arcane powers that they can use to amass fortunes on the backs of public ruin.

How did this happen? No doubt part of the reason has had to do with unawareness and a general lack of wisdom on the part of “We the People.” Just mention collateralized debt obligations (CDOs), mortgaged backed securities (MBSs), or credit-default swaps (CDSs), and otherwise intelligent Americans will freeze like deer in headlights and then walk away muttering, “This stuff is over my head!”

There is a need for a cultural translator to come along and deconstruct the complicated-sounding jargon to the point where “We the People” can understand what is going on and what we must do to avoid the financial catastrophes that are now just around the corner.

Millennial Economics was written to serve as a cultural translator. The first chapter takes the form of a Wall Street morality play staged onboard a luxurious corporate jet bound for Bermuda. Onboard are two men, white-haired Saul Pearlzandt and his son, Wall Street billionaire John Pearlzandt. Saul is financially naïve but curious and concerned. He wants to know how his son managed to make so many billions of dollars overnight. As the two confront each other at an altitude of twenty thousand feet, Saul demands that his son explain complicated financial matters to him in plain English.

At first John is evasive and keeps trying to change the subject. But Saul is relentless. The sparring between father and son is heated and penetrating, but in the end the reader comes away with a holistic understanding of CDOs, MBSs, and CDSs.

As the Wall Street morality play ends in chapter 1, subsequent chapters of Millennial Economics begin to deconstruct the puzzles of money creation, central banking, Federal Reserve theory, inflation, gold standard, national debt, recession, depression, etc., with a view toward informing, educating, and empowering “We the People.” All this is a prelude to achieving the auspicious goal of removing the millstone of impossible debt from the back of nations and replacing the crumbling seventeenth-century scaffolding of central banking with a just, fair, and equitable system of trade and commerce throughout the whole world. 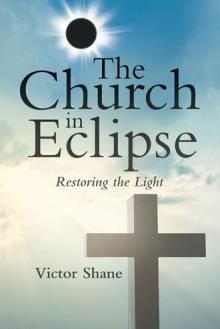 The Church in Eclipse
Victor Shane
$19.95 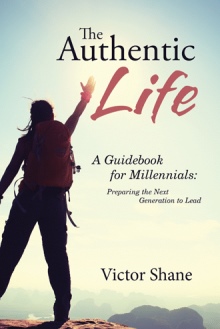 How did We the People get into an economic mess like this to begin with? How did we end up with a $16 trillion national debt that paralyzes all initiatives, makes us a laughingstock instead of a world leader, and stands to enslave our children, grandchildren, and great-grandchildren with horrendous debts? What can we do to diffuse what US Senator Tom Coburn calls “The Debt Bomb”? Is there a constitutional, holistic, and efficient way out of this mess?

Answers can be found in this book.

“The elegant writing and incisive explanations found in this volume conquer the complexity of the topic and its mixture of rhapsodic prose and an almost eerie moral clarity project buoyancy and hope. The majority of laws in the Five Books of Moses concern money and this important volume while reflecting the spontaneous surgings of the human spirit, helps us understand why.” —Rabbi Daniel Lapin, American Alliance of Jews and Christians

Victor Shane is a California sailor, author, entrepreneur, business owner, trader, and exporter. He has written several books, including In God We Trust: Understanding the Culture War in a Scientific Age. In 1979 Shane sailed a twenty-four-foot wooden trimaran from California to Hawaii and back singlehandedly, spending fifty-six days alone at sea.