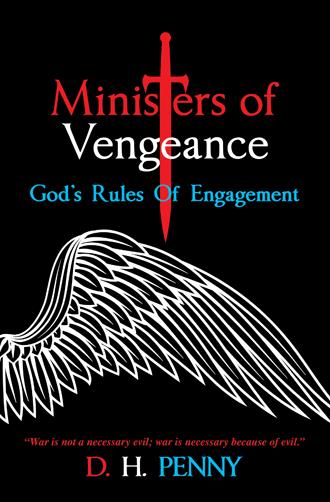 The Good Lie
In the realm of disseminating false information, is lying and deception
always immoral? Is there a difference ethically or morally? Jonathan lied
to protect David, Rahab lied to protect the Hebrew spies, Joshua and
Caleb. Hushai lies to a rebellious commander, and Elisha lies to an enemy
commander. In all of these situations God is helping the deception to
work. There are also believers helping Paul escape arrest by letting him
down out a window on a wall. I’m sure when the guards came to their
house asking for Paul they didn’t say “We heard you were coming for
Paul, so we let him out and down a back window of the wall to help
evade capture.”
Apparently, not all lying is in the category of the 9th commandment
“Thou shalt not bear false witness against your neighbor.” Maybe all
liars having their part in the Lake of Fire has an exception clause. The
exception is dependent on who’s lying to whom and why. The false witness
commandment is to protect a neighbor from unprovoked or unwarranted
harm. To foster trust in the people you live with and depend on. Our
examples were not of people lying as selfish acts to protect themselves
or hurt the innocent. Neither is the false report designed to implicate an
innocent person in a crime. Nor were they to protect a guilty person from
just judgment. Therefore, not all lies or deception is a sin. Yes, I really just
said that. Don’t worry; there is one more shocker to come before this chapter
is over. I have prayed and am solely responsible before God for the contents
of this book. I am hoping not to lose my ordination in how I address this and
other controversial topics. Even if I do, I stand by my words.
“Nazi massacres—especially of the Jews—were thought
to legitimize the harsh actions of resistance fighters.
Similarly, when the Cold War set in, supporters of the
CIA argued that any notions of “fair play” had to go out
the door. Thus, we may be led to believe that successful
acts of subversion and espionage can admit to no
strictures…Such thinking is unjust on the face of it and
dangerously close to the sort of language we hear from
modern terrorist groups” (Cole, 2008, Whether Spies Too
Can Be Saved).

Remember fair is about letting the enemy have a chance. War and Law
Enforcement actions should not be fair but must be just and honorable.

Fair would be like letting the criminal get a head start on a foot pursuit,
or in not starting to search for an escaped convict for a day or two, giving
them a fair chance of not being caught. That would be crazy. But, without
Godly limits on what we do, we will act dishonorably and risk becoming
godless and inhumane in our actions. This damages our souls, and bodies
terribly. The limits God places DO NOT LIMIT our ability to accomplish
the mission. These limits protect us, and our enemy from victimization,
or wounding in some wicked fashion. On the contrary, accepting Holy
Spirit help gives you an unfair advantage to be victorious, and remain
honorable.
Examples of participation in lying to protect spies, authorization
of spies to lie, and the requirement of a spy to lie, has the Biblical
endorsement. A woman hid two of King David’s spies from Absalom’s
men. She hid them in a well, covering it with a tarp and corn. She sent
the men of Absalom in another direction, thus protecting the spies. In
this scenario, the civilian non-participant consented to actively join ‘the
game’ and participate in protecting the interests of the rightful authority,
King David. If she were caught, her punishment would be as a combatant.
She could be considered a partisan or underground operative. She is
undoubtedly a patriot of God and country.

Nothing but the Truth
Those who believe as the great Reformation preacher, and founder of
Calvinist thought, theologian John Calvin. Stand in opposition to this
interpretation. Calvin, speaking about the midwives who lied to Pharaoh,
is not convinced of the obligation to lie, even though they saved countless
baby boys. Calvin insists that ‘whatever is opposed to the nature of God
is sinful,’ it is vitiosus (morally defective). He adds as an outcome to
this theory that all feigning (simulation), whether in word or deed is to
be condemned. We have already seen this is not true, but I think it is
important to address his objections to a doctrine of violence inclusive of
lying because not all lying is a sin.
“Calvin reiterates, one can only conclude that the
midwives lied and that ipso facto, they sinned because
deception is in itself displeasing to God. The Lord does
not reward the midwives for their lying, but only because
they feared God and resisted Pharaoh’s murderous plot”
(Blacketer R.A., 2010).

Of course, I am in stark disagreement with Calvin. The midwives
because of their respect for God, did not fear the wrath of Pharaoh, and
dutifully lied to protect the innocent. They engaged in lying of the sort
spies engage in, protecting secrets or altering of information, which could
endanger or harm many innocent citizens. Mendacium Offciosum is
Latin meaning the dutiful lie. The dutiful lie is not a sin.
To seal the deal concerning objections of Christians who adhere
to Calvinist teaching on lying, consider this. Calvin also addresses a
holy lie or dissimulation (to camou¬flage or conceal). Calvin said that in
battle certain kinds of deception are acceptable, which did not break an
agreement of peace. So, Calvin backs down and creates exceptions to his
blanket assertion all lies are a sin, even the midwives lie. This also relates
to the issue of assuming a secret identity, the living lie. Where you not
only withhold information, you actively misdirect the perceptions of
others to your true nature and intents.

“Indeed, creating a politically efficacious persona rests, at
least partially, on the pragmatic value of dissimulation,
a truth John Adams savers when he cautions about the
‘‘Damage, Danger and Confusion’’ that ‘‘Enemies’’ and
‘‘indiscreet friends’’ would wreak if certain information
were publicly divulged” (Murray K., 2012).

Furthermore, Heckwelder, a seasoned early American Moravian spy, who
started out a pacifist, says after seeing a dark side of humanity “…war
makes peace, writing that ‘No peace can be made without a Campaign’ ’’.

Real World Application of the Judeo-Christian faith for the Military, Intelligence, and Law Enforcement communities. Principles and guidelines for those serving in all nations and cultures.

The Lord God says “Thou shalt not kill”, yet kill we do. Cain killed Abel. Criminals steal, destroy, and kill. Soldiers kill the enemy. The enemy kills us. Then comes the day you pull the trigger and send someone into eternity. You did what must be done. Some say it had to be done, but you still sinned. Others say it’s all a sin and should not be done it all. But, where does that leave you? This book has the answers.

Is “Thou shalt not kill” really that cut and dry? Are there Biblical precedents or provisions for Christians to do what is necessary in the line of duty without sinning? Is doing your duty, to God and Country, the dirty work, really a sin? No, it’s just the opposite. What God authorizes and the support He provides will surprise, encourage, and empower you.


Minsters of Vengeance
Gives Biblical guidance during undercover ops: for lying, stealing, sabotage, and more.
Looks at subjects like lethal force authority, and different religious views of warfare.
Draws a blueprint for prayer and a covenant mindset toward the enemy and for yourself.
Discusses PTSD; concepts of mental, emotional and physical healing, help, and prevention.
Examines spiritual gifts and help from the Holy Spirit and angels for the dirty work.
Tackles the Problem of Evil and presents a Biblical Just War Theory or Doctrine of Violence.

David Harold Penny Born in 1965, David H. Penny enlisted in the Infantry with the IL Army National Guard in 1984 and trained at Ft. Benning GA “Follow me sir!” then went Active Army becoming an Abrams armor crewman in 1986. During his first tour of Germany he crossed trained as a Cavalry Scout at 3/63 AR 3 ID in Kitzingen. After a break in service attending college at Southern Ill University he returned to active duty stationed at Baumholder in 1991, then at Ft Knox in 1994 as a Tank Commander Instructor until 1996. After a second break in service David returned to the IL Army National Guard Infantry before 9/11. David deployed with Task Force Santa Fe in 2002. In 2005 David reclassified to Chaplain Asst. but, at heart once Infantry always Infantry; and was ordained by Trinity Ministries part of Chaplaincy of Full Gospel Churches: an Armed Forces Chaplain Board (AFCB) accredited organization. He deployed with Task Force Phoenix VIII to Afghanistan in ‘08-‘09. Upon returning home, instead of pursing Chaplaincy, David remained enlisted becoming the IL State Chaplains Assistant in 2010. Sergeant First Class Penny retired in 2012. For over thirteen years he worked with at-risk-youth at the ILARNG Youth Challenge Program becoming Commandant in 2014. He left in 2017, finished Ministers of Vengeance in 2018, and works on a residential program counseling traumatized youth. Since his ordination, David has provided various concierge ministerial services; family, pre-marital, marital, individual counseling and veterans counseling. David’s Master’s in Divinity was conferred in 2010; his Master of Arts in Management and Leadership in 2013, and Master of Arts in Pastoral Counseling in 2015 from Liberty Seminary (AFCB accredited) and University. David is currently working on his Ph.D. in Public Policy and Administration from Walden University. David lives in Illinois with his lovely wife, Linda. David’s Military experience includes West Germany: Active Army 1986 Patrolled East German Border Federal Republic of Germany after 9/11: Force Protection with Task Force Santa Fe 2002, Sullivan Barracks, Mannheim. Bulgaria Operation Bulwark: at Nova Selo 2004: Worked in Tactical Operations Center Hurricane Katrina: Operation Crescent Relief in New Orleans 2005 Afghanistan: Operation Enduring Freedom 08 - 09 Task Force Phoenix VIII Multiple missions up and down Western side: Chaplain Assistant duties as needed or requested, worked with a PMT (Provincial Mentoring Team) for ANP (Afghan National Police) based out of Herat, and HA (Humanitarian Assistance). Italy: Vincenza ODT2010: Chapel duty mission working with Post Chapel Africa: Democratic Republic of Congo, Kinshasa, 2010: MEDFLAG10 Humanitarian Assistance, mass casualty event training for their Army, and workshop for their Chaplains. David can be contacted at d.h.penny@hotmail.com Subject line Ministers of Vengeance