My Name Is 'Rose' 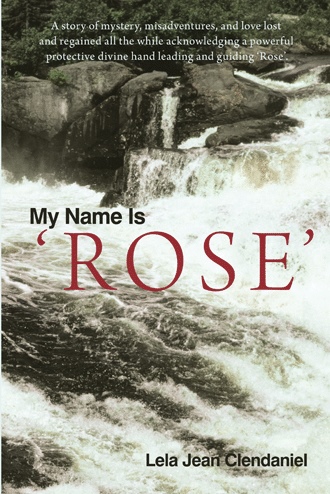 The cool night air and the rustling of the trees bring a wobbly head up from the bushes. Rubbing her eyes and trying to focus, she can make out only small rabbits hopping around logs and under downed trees. Squinting and blinking, she could barely make out distant lights traveling along a faraway path. "I must get up," she murmurs to herself. "I must get going." Feebly, she tries to stand and awkwardly takes a few steps. Her feet move hesitantly. Looling down at her feet, she sees sneakers cakes with mud. Grabbing a piece of branch, she numbly tries to break the clods loose. Brushing off the dried mud from her jeans, she stumbles out from under the brush and protective trees and begins a trek toward the moving lights. Stars are appearing and the moon casts an eerie glow on the pasture around her. Off in the distance she hears a faint moo. "Where am I?" she wonders.She tries to stand erect and sees an old gray van, now resting on its side, almost completely submerged, except for the front bumper. Old beer cans and wadded up paper bags are seen floating through the open doors. "I must keep moving." Stumbling and crawling on hands and knees, she pushes herself under a barbed wire fence and wanders across an open field. Closer and closer, she can hear loud motors in the distance. She can make out large large tractor trailer trucks barreling down the highway. Gradually, she slides down into a watery road ditch and climbs up on the gravel shoulder. Paying no attention to her own wetness and dirt, she stands up on the gravel shoulder. Suddenly a screech of brakes and bright lights stun and blind her. She freezes in her tracks! The large semi comes to a schreeching halt! "Hey lady! You almost got yourself killed," came a booming voice from the cab. Braking the truck, a large burly black man jumps out and grabs her as she nearly tumbles back into the watery ditch. Stretching out a large powerful hand, he grabs her hand and pulls her up. He steadies her and leans her up against his cab. "Where are you going? What in the world happened to you? Just look at you. You are a sight for sore eyes!. Let me help you." She is covered with mud and old blood. Her hair is a tangled mangled mess of mud and knots.

Shielding her eyes from the truck's glaring lights, she says faintly, "Thanks. I'm getting away. I guess I'm headed somewhere, maybe south. I'm not sure what happened. I've got to keep moving. I'm not sure where I'm from or where I've been. I guess I don't even know who I am. I have got to get away." 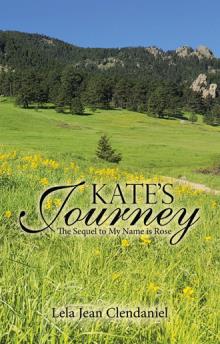 Rose begins a journey, fleeing from someone, not knowing who she is or where she will end up after a terrible attack that leaves her with no memory of her past life. She survives by her wits and some long-forgotten experiences that even she does not know where the impulses came from. She knows she must seek out her history and find the truth that will relieve the turmoil in her life.

I have always wanted to write a story, though I never had the time. I am a retired public health nurse with many experiences growing up in which to draw from. I now live in southwest Florida, having moved from Maryland, where we lived for forty years. Prior to that, I was raised on a working dairy farm in a large family in Delaware. My husband, Dick, and I have reared four children, now all married, who live in various parts of the country and have accumulated nine grandchildren. My hobbies include reading, golf, traveling, and grandkids. This is my first attempt to put this story on paper, though I have had it in my head for two years.