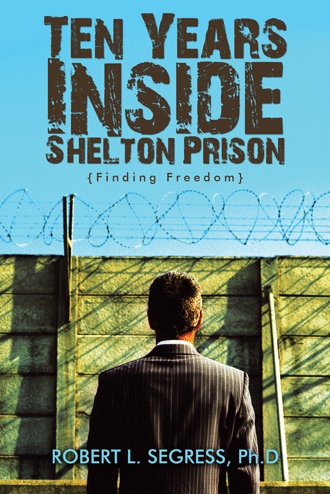 A person needs friends in prison because one of the most dangerous positions a man or woman can be in is to be isolated, with no one else to watch your back. Witnesses are an essential part of survival in some prisons because without a witness, it is your word against someone else’s.
In prison, friends often come from being the part of a gang on the outside that is now inside together. Another friendship source is inmates who have common race, interests, or fears. Friends can also be found under surprising circumstances.
Recently, at the end of one of our services, two guards came up to me and asked me if I would be willing to talk to a man who was in serious emotional stress and needed very badly to talk to someone. I hesitated because I didn’t know what I was going to be exposed to and how safe the situation would turn out to be. Finally, I said I would, and the guards walked me into a room off of where we had just conducted the service.
I sat for a minute and then watched a big young black man be led down the hall toward the room I was in. I uttered a little prayer because this young fellow seemed very agitated. He came in and sat down across a little table from me. The big, burly guard who stood just outside the partially opened door made me feel a bit better, but not much.
The prisoner began to tell me his story. His girlfriend’s beautiful mentally handicapped sister had been brutalized and killed by one of his friends. Both his friend and that friend’s girlfriend took part in the terrible abuse and murder.
This monstrous couple had planned (the police had found their cell phones) an elaborate scheme to do the degrading and torturous things to the poor victim just because she was mentally handicapped. They tricked her into a car ride, took her out into the country, and carried out their insane plan. The young man told me he was about to lose it because he could not comfort his girlfriend about her sister or do anything to pay these demons back.
I told him about the answer that had lifted me from the childhood and youth of violence that was my environment. My family ran a good part of the union movement during the violent days of the ’40s and ’50s in California. During this time, America was dealing with a nation threatening violent unionism, which I grew up feeling was normal. Strike breakers were often killed or severely beaten to within an inch of their life. (If you wish to learn some about this period, see the recent movie J. Edgar Hoover.)
I admitted to myself that I was a sinner and let Jesus come into my heart to wash away my sin. He came and brought me forgiveness and a new life. I found forgiveness. This forgiveness I’d been given for all I’d done enabled me to forgive others. I lost the drive to hurt others more than they had hurt me.
After I finished talking, something happened that I’d never experienced before at Shelton. I asked the prisoner to pray with me, and he said his momma was a praying woman and her prayers were deep, but he never thought he could pray himself. I told him Jesus was knocking at the door of his heart, but he had to ask Jesus to come in and forgive his sins. Then we prayed together, and he opened up his heart to what Jesus had done. He let the love of God come into his heart.
After our prayer, he was still sitting across from me but reached out to shake my hand. It is a good thing I have a pretty firm handshake, or he would have crushed my entire hand.
Then came one of the most touching memories I have had in my life. He looked me in the eye while he was still holding my hand and he laid his great big head on my shoulder. I have a big hand; his was bigger. I have a fair-size head; his was larger. A moment of uneasiness passed through me before I felt the Holy Spirit begin to hold both of us in what felt like a warm blanket.
For about two minutes or more, we were there together with his head on my shoulder. Having him lay his head on my shoulder was all right because my sons have done that. It was as if he needed a father to help him through. I stayed there until he got what he needed. I wasn’t going to leave him.
He raised his great big head off my shoulder and with gentle eyes told me, “Thank you, I needed that.” I smiled at him. I smiled at my new friend, my new brother in the Lord.
Then he got up, and the guard came and led him away. As he was walking away, I asked him, “All right now?”
He replied, “Yes, I’m going to be okay.”
A tragedy brought a new friend to me. He is my younger brother. He is now walking toward heaven’s door, one step at a time.
This experience is one of my most cherished possessions.

Ten Years inside Shelton Prison is a moving picture that captures what happens inside a prison. Shocking evil and joyful healings live together side by side where the Gospel goes successfully. A guard being stabbed to death with a ballpoint pen during a chapel service stands next to tears of joy running down the face of a Russian mafia member when he was born again.

Robert walked into Shelton prison for the first time. As he walked past fences that were covered with razor wire blindingly reflecting the harsh sun, he was afraid. Iron gates slammed behind him. Guards were unaware of his trembling hands. Men in orange suits began to watch him. There was no place to run.

This was the beginning of ten years in Shelton prison, where the author served the Lord. There were great blessings: fearful faces accepted the Lord Jesus and became new creatures in Christ. There were dangerous moments: an inmate cut Robert, forcing him to go through AIDS testing. Yet he also had a prisoner’s scarred head laid on his shoulder, who after accepting Jesus smiled at him and said, “I needed that.”

The controlling purpose of Ten Years is to present the four biblical steps to freedom from incarceration, whether inside a prison or addicted outside of a prison. The four parts of this graphic book are: imprisoned, instruction, health, and freedom.

The book concludes with two appendices on important subjects: “Learning How to Resist the Devil” and a famous therapy for treating addictions, “Family of Origin Therapy.”

After the appendices, thirty-three itemized summaries or compendia are given with the reference pages included. Also, there are referenced sites for ten of Robert’s poems that are included in this prison journey log.

ROBERT SEGRESS, Th M, PhD, served as a college professor (full-time and interim) and psychotherapist for twenty-five years. He was director of psychological services at Riverton General Hospital in Washington and is an ordained minister who served as an interim pastor. Robert authored T e Biblical Approach to Psychology in 1972.