THE END The Book: Part Two

You Have Been Warned 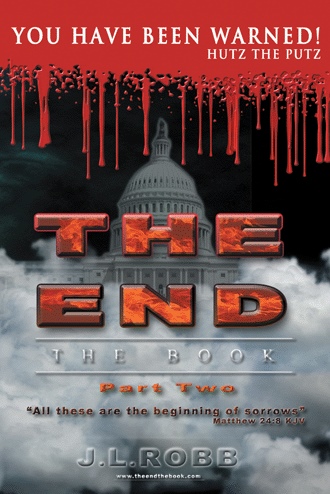 Note from the Author

The End The Book series is a fictional account of the predicted apocalypse as outlined in the Bible. Several readers have asked me, “Is it true?”

It is true that the Biblical end will happen, but I have written this series as a counter-weight to the apocalyptic fiction coming out of Hollywood, like Armageddon and 2012, that fail to mention God and His role. Any similarities between things that are occurring now and things written in this series are purely coincidental. It would be impossible to write a “true” account of the Biblically described End Times.

I hope all readers will find this series thought provoking, as well as thrilling, and might make us think about some of the things we believe and why we believe them.

In Part Two: You Have Been Warned, Jeffrey Ross continues his journey of unbelief from one tragedy to another, disaster lurking just moments away.

What would you do if you woke up one morning, turned on the TV to get the latest weather and the screen showed only an announcement: Please Standby for Homeland Security. You try other channels, but all are the same.

What would you do if you found out the end really was near, and there wasn’t a thing mankind or science could do about it? What if the electricity went out and never came back on? Could you make it?

I hope you enjoy reading Part Two as much as I enjoyed writing it for you. 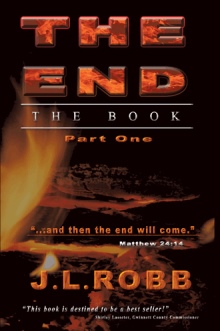 Glancing to the left, Jeff was surprised to see the small, white church sitting a hundred feet off Highway 85 in the middle of a field of bright, yellow daffodils. He had never seen so many daffodils in his life. There was nothing around except for the small church in the daffodil-laden field, a parking lot to the rear. He wasn’t sure if he had ever seen a whiter church, it seemed almost to glow in a reflective yellow. The illuminated message sign by the highway is what really captured his attention.

J.L. Robb is qualified because he is a published author and knows the subject matter well, apocalyptic fiction, because of years of reading and studying Bible prophecies. J.L. Robb has been interested in apocalyptic literature since the age of 10, when he would read Revelation every night and get scared to death. There is a message in the series that the author hopes will motivate unbelievers to rethink their decisions, even if they don't change; and hopes there will be some thought-provoking moments for Christians, Jews and Muslims. The author is a US Navy Veteran (Corpsman), cancer survivor, graduate of NC State University in Zoology and is the current President of the local Civitan Club. J.L. Robb writes a weekly column for www.omegaletter.com