His Mighty Word Of Power 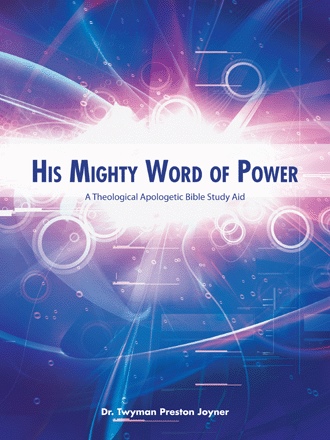 3. God Never Disclosed A Beginning Date or An Ending Date of Time
Have you noticed in Genesis 1:1 that God never gives a beginning time and date of the start of creation? Only He knows the starting of time, because He created it and put it in motion. He never disclosed this information to mankind because it is under His authority alone and is not to be revealed to the biogenic world (Acts 1:7). Time and creation are within God—Paul makes an unequivocal point in Acts 17:28 when he quotes from Aratus’ Phaenomena citing: “For in Him we live and move and have our being” (Amp). Therefore, since time and creation are in God, then only God has the ability and the authority to begin and end them [disclosing this information to mankind is just not an option].
In Dr. Norman Geisler’s book, Systematic Theology Volume Two: God and Creation, he addresses the gaps in time of biblical genealogies and the scientists’ a priori rationalism of the presumed old earth theory:
“There seems to be no way to actually prove how old the universe really is, either from science or from the Bible, for there are known and possible gaps in the biblical genealogies. In addition, there are unprovable presuppositions in most, if not all the scientific arguments for an old earth: that is, an earth of millions or billions of years is biblically possible but not absolutely provable” (see Appendix 5, The Age of the Earth pp. 648-50 for further insight).

I myself support the views of the orthodox scholars and most of the leading contemporary theologians involved in the International Conference on Biblical Inerrancy (ICBI) in October of 1978 (see chapter 14 for more information on Biblical Inerrancy). They believed that the earth could be millions or maybe even billions of years old—but as Dr. Geisler stated, there is no evidence for provability. Just like there is no indisputable evidence on the human insight concerning the primordial creation of heaven and earth. Also, there are no true human prognostications alluding to or referring to the eschatological ending of all things as we know it today. We only have mankind’s assumptions, postulations, and speculations about the coming apocalypse and the eschatological ending of all things. Even Jesus revealed explicitly, in the synoptic gospels that no man knows the time of the end and the Second Advent of Christ (Matthew 24: 36, 50; 25:13; Mark 13:32; Luke 12:46).
As I stated earlier, this is God’s area of authority and He will not disclose this information to His creation. 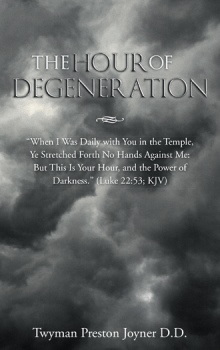 This book is a theological, apologetic Bible study aid that will assist the reader and theological students on creationism, controversial topics like Bible inerrancy, tithing, glossolalia, environmentalism, the Christian prosperity movement, plus a biblical summary of the entire Bible with a chart/diagram of biblical and secular history, as well as many other topics. This book will open your eyes and heart to search the Scriptures without human-embellished clichés that have robbed the Church from understanding God’s Word.

Dr. Twyman Preston Joyner, theologian/author, holds a doctoral degree in divinity from Master’s International School of Divinity.  Dr. Joyner has pastored and founded Zion’s Mountain the Temple of God from 2002 to 2005. He is continuing his education and working on his second book.  God has called him to bring correction to the body of Christ and be a blessing to many who will call on the Name of Jesus.