Roadmap to the Heart of God 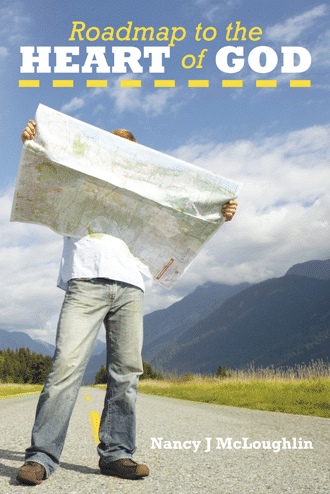 No wonder I fought to be the driver of my automobile! “The driver has choices,” I reasoned. “The driver appears to be in control, and the driver is the most important person in the car,” I concluded. There was just one problem with my desire to be the driver – I didn’t have the training or the wisdom to make good choices in driving through life. I crashed my vehicle with great regularity. I was often lost. I ran out of gas frequently because I forgot to check the gauges and when the car broke down, I had no idea how to fix it so I could proceed on my journey. In spite of my poor track record, though, I hung onto the steering wheel of my car with every atom of my being. While I soon began to understand that there was someone in the car far superior to me in all ways including successful car-driving, I wasn’t willing to give up my spot. You see, the idea of being in the backseat with no say in my life was intolerable, and so I just tried harder to be a good driver. Well, the day came when the ultimate crash happened – the day when I finally realized I needed help. In desperation I invited the Lord to come and sit in the passenger’s seat instead of the back seat, and I promised to make Him the “navigator” on my trip. I still had control (what a relief!), but I was paying more attention to what He said – well, most of the time. If He said to slow down, I still made sure I thought about it and agreed with His request before I obeyed. If He said to turn up ahead at the next left, I wondered why He would ask me to do something that made no sense to me, so sometimes I complied, but other times I went the way that seemed right to me. Some days I got so caught up in the journey, I even forgot He was there! Perhaps He was giving me guidance, but if He was, I never heard it. Eventually I began to realize I wasn’t having much fun in life. Sure, I was in control (or so I thought) which made me feel safe, but I had no great stories to tell of God’s blessings and miracles. My journey was dull and boring, and I knew I wasn’t reaching the wonderful potential I sensed was buried deep beneath my craving for comfort and ease. Finally, I’d had enough of driving! I gathered my courage and ventured the question: “Would you be willing to trade places with me?” His eyes lit up, and with great delight on His face, He opened his car door and circled around to the driver’s side while I fearfully slid over. As He closed the door and put the car in gear, I began to give Him instructions on where to go and what to do on this journey. I wasn’t so sure He could do a good job without my help. As you can imagine, my attempt to hang onto control didn’t go over very well. He didn’t LISTEN to me! I stressed out, wrung my hands over the direction we were heading, and gazed with fear and trepidation at the world outside my windshield. Suddenly, though, it dawned on me – we were having fun!

This book’s twenty-three chapters, when taken with a big gulp of humility and swallowed with a huge dose of courage, will lead you on a wild, exciting adventure of coming to know the heart of the God of the universe. Each chapter covers a stand-alone topic that, when assimilated into your thought process, will lead you a step closer to finding that incredible place where you know and embrace the truth: that you’re a treasured child of the Most High God. As you walk through each subject, reading it with an open heart, dissecting it through answering the questions, and seeking the wisdom of the Holy Spirit to put your new knowledge into practice, you will find yourself traveling on a collision course with an intense, perfect love. At last you will come into complete union with your “Wonderful Counselor, Mighty God, Everlasting Father, Prince of Peace” (Isaiah 9:6), the One your heart has longed for since time began.

So, fasten your seatbelts and join me for the ride of your life—the one that will open your eyes, turn your world upside down, scare you half to death, and bring you the best life God has to offer you!

NANCY MCLOUGHLIN began her writing career with a book on parenting and one on overcoming stubbornness, as well as two children’s books all stemming from her years as an elementary school teacher. Ms. McLoughlin currently lives in Augusta, Georgia, where she spends her days watching a precious grandson, reading, writing, and working in women’s ministries at her local church.