Why All Believers Will Not be Raptured Before the Tribulation 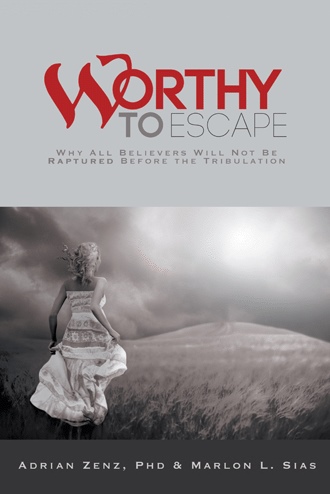 “Watch therefore, and pray always that you may be counted worthy to escape all these things
[the tribulations] that will come to pass.” Luke 21:36 NKJV

“Because you have kept the word of My perseverance, I also will keep you from the hour of testing, that hour which is about to come upon the whole world, to test those who dwell on the earth.” Revelation 3:10 NASB

The popular pretribulational rapture perspective teaches that the entire church will be taken to heaven before the beginning of the tribulation. At the same time, a growing number of Christians feel that the pretribulation view is a cheap cop-out – that it gives Christians a false hope that they don't really have to be prepared for the coming End Times. Disillusioned by contradictions within pretribulationism, these believers have follow the relatively recent prewrath rapture view: that the church will have to go through all the tribulations of the Antichrist, but will be raptured right before God's wrath is poured out on the unbelieving world.

Who is right? Could both be wrong? In light of the above scriptures, does the Bible even unconditionally promise a rapture before the tribulation?

The First Fruits rapture view advocated in this book is essentially a combination of both of these perspectives. It's main premise is that Scripture makes no unconditional promise of a rapture before the tribulation. While it is true that all believers will have the opportunity to be taken before the onset of the tribulation, not all will qualify for this first or “first fruits” rapture. Only the First Fruits saints will be raptured at that point – symbolized by the first fruits of Revelation 14, who stand before their Lord as a spotless bride.

This fact is reflected in the parable of the Ten Virgins. Five were wise; they had allowed God to prepare them through trials and tribulations. Consequently, they were ready for the coming of their heavenly Bridegroom. However, the other five were “foolish”. They ran out of oil (symbolizing the sanctifying power of the Holy Spirit), and ended up in front of a closed door.

Yet all ten were born-again Christians. Therefore, the foolish virgins will be graciously given another chance to become overcoming believers, ready and prepared for their Master, by being sent into the refining fires of the Antichrist's tribulations. Jesus will then come for them before the wrath of God starts, and take them up to join the heavenly wedding banquet. In this way, we can see that both rapture perspectives have some truth to them. When they are combined, the full picture of God's plan for the End Times comes into focus.

The book “Worthy to Escape” uses a literal hermeneutical approach to demonstrate from Scripture that God's promise to rapture His church before the advent of the Antichrist is conditional on spiritual preparedness. This does in no way imply legalism, but simply emphasizes the importance of personal sanctification, of being a wholehearted disciple of Jesus.

Consequently, three book chapters focus on what it means to be “married” to Christ, what distinguishes wise from foolish virgins, and God's powerful provisions for our holy and victorious living. Other parts of the book carefully examine what Scripture tells us about the Antichrist, the developments of world history that must come together for his rise to power, the final battles that will take place, and what it will mean to reign together with Jesus in the millennium.

EXCERPT FROM THE INTRODUCTION:

The pretribulation perspective makes the crucial assumption that Scripture's preservation promises apply unconditionally to all believers, and therefore to the entire church. But this is not the case! Both of the promises in Luke 21:36 and Revelation 3:10 are clearly conditional. Jesus' statement in Luke 21:36 is dependent on being “watchful all the time”, and only those who are indeed continually watchful will be “counted worthy to escape all these things”. Similarly, it is “because you have kept the word of My perseverance” that Christ pledges to keep the Philadelphians from trial. He highlights that despite intense pressure “you...have kept My word, and have not denied My name” (Revelation 3:8).

It is important to realize that the seven churches of Revelation represent not only seven literal historic church communities. Taken together, they also symbolize different groups of the global End Times church. Consequently, the Philadelphian church represents only one section within God's church, depicting the most true and faithful disciples of Christ, those who have “overcome” and stayed faithful in trials. Of the seven churches that Jesus sends letters to, five receive severe warnings and exhortations to “repent”; only Philadelphia and Smyrna, less than one third of the total, receive only praises and no criticism. In contrast, the letters to the five non-overcoming churches demonstrate the compromised and distracted spiritual state which the church will be in just before Jesus' coming.

In Luke 21:34, two verses before His preservation promise, Jesus exhorted his followers with this sobering warning: “Be on guard, so that your hearts will not be weighted down with dissipation and drunkenness and the worries of life, and that day will not come on you suddenly like a trap”. Similarly, the Sardian church is warned: “ Therefore if you do not wake up [from spiritual “drunkenness”], I will come like a thief, and you will not know at what hour I will come to you.” (Revelation 3:3b).

For the carnal groups of Christianity who live in complete ignorance of the need to prepare spiritually for the return of their Bridegroom, the Great Tribulation will prove to be exactly that which Christ described it as: an “hour of testing”. It will be a “refining fire”, just as the Laodicean church, whose spiritual lukewarmness prompts Jesus to warn them of “discipline”, advising them to “buy from Me gold refined by fire” (Revelation 3:18). Those who failed to prepare themselves for Christ's coming while they had the chance will then be given a second opportunity to present themselves before Him as “holy and blameless”. It is not of their own strength that they reach such a place of spiritual readiness, but through active and willing participation in that which Christ has prepared for them as they (finally) follow Him along the narrow path of sanctification.

Many Christians base their understanding of the end times on the popular pretribulation rapture view. They expect that Jesus will rescue them “just-in-time” before the tribulations of the Antichrist. However, few people realize that every single biblical promise of being raptured at that time is conditional on personal spiritual readiness. Eminent Christian leaders such as A.B. Simpson, founder of the Christian and Missionary Alliance, as well as Hudson Taylor, founder of the China Inland Mission, first taught this biblical perspective of a conditional rapture.

In their captivating account, the authors take their readers on a fascinating journey through the pages of the Bible, showing how biblical prophecies from Daniel to Revelation point toward not just one but two raptures: a conditional first fruits rapture for the ready “wise virgins” of the church, and a later rapture for “foolish virgin” believers who are spiritually unprepared. Packed with fresh scriptural insights, this book will prepare and equip you for the times ahead!

“Worthy to Escape makes for a thoroughly intriguing read! It is rare for Christians to apply the Hebraic traditions regarding marriage to the rapture. That and the book’s strong focus on spiritual intimacy set it apart from the majority of end times writings.”
—Messianic Rabbi Ed Rothman, Hon. M. Div., Hon. Dr. M.S. & J.C.,
Seed of Abraham Messianic Congregation, St. Louis Park, MN

“Everyone should become familiar with the first fruits rapture. I highly recommend this book!”
—Rev. J. McCracken, Team Leader, TrueBridge Family of Churches

“Any student of eschatology needs to read this book and consider its insights. Bible colleges and seminaries should use it as a reference work and make it required reading.”
—Pastor T. Porta, Grace Gospel Church, Cambridge, MN

Marlon Sias with a BA in Bible and Theology from St. Paul Bible College, has been studying and teaching end times scriptures for 47 years. Adrian Zenz holds two masters degrees and obtained his doctorate in anthropology from the University of Cambridge (England). He studies New Testament Greek besides teaching and preaching at his local church.