Sexual Abuse of Power in the Black Church 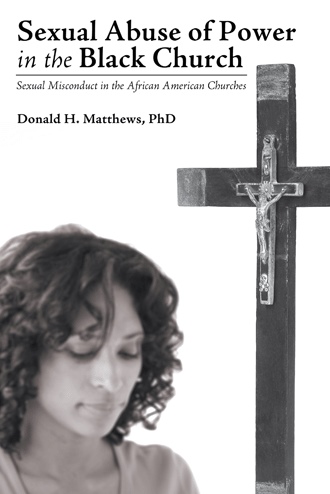 This book deals specifically with the topic of the sexual abuse of power in black churches. This problem has been estimated to be three times as prevalent in the black churches, yet scant attention has been brought to bear on this subject. This book is meant to provide a framework for understanding the problem for the purpose of preventing its occurrence in the context of the black church. It examines the history of sexual ethics in the black community as a means of understanding its deep-seated place in the life of the black churches. The book uses the narratives of black women and children who have been the primary victims of this abuse. It identifies the major social and psychological reasons why and how this abuse develops and continues. It is directed to pastors and leaders of the church who wish to put an end to this injustice that is largely born of ignorance and the adoption of a sexual ethic that is derived from slavery and it effects.

Rev. Dr. Donald H. Matthews received a PhD from the University of Chicago. He is an ordained minister who has taught at numerous universities and seminaries in the areas of black studies, religious ethics, sociology, and psychology. He has served numerous churches and completed a clinical residency in pastoral psychotherapy. Dr. Matthews was Director of the Black Studies Program at the University of Missouri at Kansas City and has taught at The Chicago Theological Seminary and The Colgate Rochester Divinity School, Rochester, New York. He is the author of several books and articles including: “Honoring the Ancestors: An African Cultural Interpretation of Black Religion and Literature” Oxford University Press 1998; and “Can This Church Live?” Pilgrim Press 2004; and Wipf & Stock Press 2010. Dr. Matthews is currently the Coordinator of the Masters of Divinity Program at Naropa University in Boulder, CO. (dmatthews@naropa.edu)