A Child’s Seed of Faith 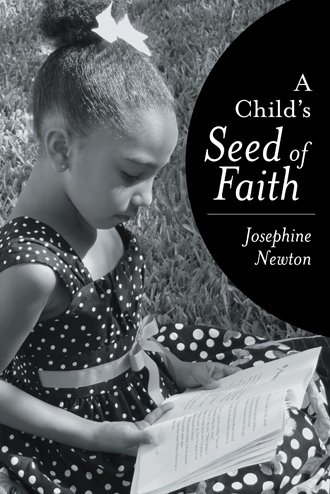 Sue was born and bred in a West Virginia coal-mining town. Her father, a local hero, died in the Coal Creek mine disaster, and influenza had taken her mother the year before. Sue was eight when she was orphaned. She had been the apple of her parents’ eyes. Now all she had were memories and their words of encouragement and love.

The only family Sue had left was Doran Bridgewater, her father’s estranged younger sister, a woman with a heart as black as the coal her father had died mining. Aunt Doran was vain and cared more about keeping up appearances than caring for others. She made a great show of telling everyone within earshot how she had taken the orphan into her home and how she loved Sue as if she were her very own. She paraded the child around in front of her friends and basked in the praise they lavished upon her for her great generosity and loving heart.

But Aunt Doran despised the girl. In the evenings, when the heavy oak doors closed behind them, she’d strip Sue of her finery and make her wear rags. She forced the child to do all the household chores, gave her little to eat, and sent her, worn out and often still hungry, to the attic, where she slept on an old cot covered in threadbare sheets.

Despite the ill treatment, Sue was a lovely child, both in body and spirit. She could find beauty in the most mundane things, with a smile, brilliant and warm, that made others want to do the same. This made Aunt Doran despise her even more.

An adventure in a dark, abandoned coal mine teaches an orphaned girl that even the tiniest bit of faith, as minuscule as a grain of sand or as tiny as a mustard seed, can make dreams come true.

Josephine Rose Newton was born and raised on San Salvador, a quaint and tranquil island nestled in the southern Bahamas. She graduated from high school in 1973. She was unable to pursue a college education, however her childhood experiences, brief marriages, struggles as a single mother of four, as well as a young grandmother, have taught her far more than she would ever have learned in a classroom. The use of her faith to overcome adversity has forged an inner strength. Even as a child, she had a passion for writing.