A Dark Journey to a Light Future 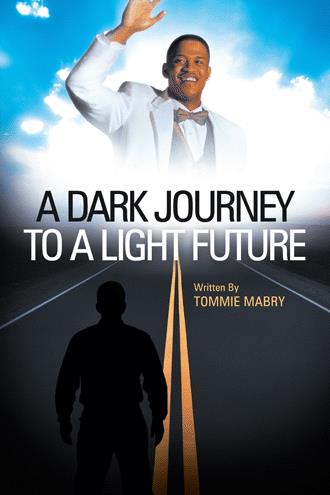 As a child growing up in one of the roughest neighborhoods in Jackson, Mississippi, I can honestly say my life has been a rollercoaster.  I knew the difference in right and wrong, but it seemed as though wrong followed me everywhere. It all began when I was in the fifth grade and I was arrested for breaking into the state fairgrounds. From there, I got kicked out of every school growing up due to behavior issues. I mean everything that you could think of, I did it.  I have also been shot too. My role models at the time were the local drug dealers.
I started getting tattoos and gold teeth; before long. I had tattoos all over my body; from neck down I have a total of 54 tattoos. If I what’ve known what I know now I would have never messed up my image. Coming from a family where no one has an education pass high school was very tough. I have four brothers and one sister which I’m the baby boy.  In my youth days I was constantly getting in trouble and my peers always looked down on me because of my image and my family back ground. Many have told me "“You are going to follow your family’s footsteps”".
While going through so much, I decided to go a different route. This all began when I met city councilman Chokwe Lumumba he took me on the road with his AAU (Amateur Athletic Union) basketball team. While traveling all over the world with the basketball team, I gained focus to continue on the right path and prove to my parents that I can be someone. I was determined to be somebody great.  From there I started accomplishing great things in life.  I became a standout basketball player and I began speaking to youth around the world, inspiring them to do better and not go down the road I went down.  I later met actor/comedian Thomas Ford through Mr. Quincy Coleman. These individuals were such an inspiration to my life; they motivated me to want to do better.  From there on, I began going in a more positive direction.
After graduating from high school, I went on to college by receiving a basketball scholarship which made me the first person in my family to make it past high school.  I started surrounding myself with positive people. Furthermore, after transferring from Missouri State Community College and Lawson State Community College, God led me back to my home town. I knew then I was destined for success.  The people I came in contact with had the aim of lifting and building me up as a man.  I became a model citizen and an outstanding student. I became a member of New Jerusalem Church.  I managed to maintain a 3.00 grade point average. All of the underclassmen looked up to me.  All of this led to me becoming Mr. Tougaloo College my senior year. In my quest for Mr. Tougaloo, the students, staff, administration, and even some alumni looked at me as a joke but I understood why. Many did not take me serious at all, mainly because of my “image”.  They looked at me as a “thug” and didn’t think I was capable of representing Tougaloo College as king. Even through the trials and tribulations; a large portion of the student body saw pass the outer appearance and saw something in me that I didn’t fully see in myself.  Through the encouragement of my faithful supporters and friends, I was elected Mr. Tougaloo College.
I was more inspired to tell my story.  I proved to the student body, staff, administration, and alumni that I could represent Tougaloo College in a positive way and I did just that.  After being looked down on, talked about, and misunderstood for so long, in May 2011, I graduated from Tougaloo College with honors and a Bachelor of Arts degree in Health and Recreation. 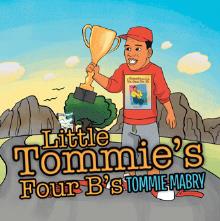 I knew since I was young I would get out. The judge told me that with my attitude I would be dead or locked up in five years, and I said “okay” with a grin. When I was released the next day, the judge did not know that he created a monster within me—his word fueled a fire inside me that was burning all along. God has ordained each of us for greatness. Unfortunately, the wiles of worldly convictions and possessions provide detours and stumbling blocks. This is the true story of the experiences of a young, African-American child, destined by God—fighting against the status quo of his violent and discouraging surroundings—to walk in the path of greatness. This is the story of Tommie Mabry—a boy who discovers that he can rise above his surroundings and situations to be the man that God intended him to be.

Tommy Ford is an actor, motivational speaker and youth activist. He has appeared in countless films, theatrical & television productions but Tommy is best known for his character Tommy Strawn in the sitcom MARTIN. “I have mentored Mr. Mabry since his high school years and I have seen Tommie grow from a challenged and confused boy into a dynamic and powerful man, role model, and community leader! His book A DARK JOURNEY TO A LIGHT FUTURE is a must read book. I’m proud to be called his friend, family, and mentor.”