Living today with the Virtues of Ancient Knighthood

by Daniel A. Biddle 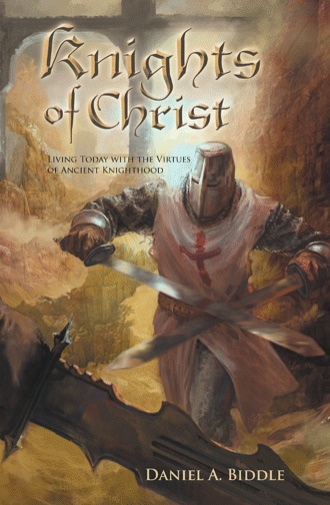 Perseverance Many medieval knights had more perseverance than we can even fathom. Imagine this: You are part of a 15th century army that has just traveled all day in the hot sun on horseback. You fell asleep twice on your horse during the day’s travel and you are hungry and thirsty. Your shoulders are aching and you have a pulled muscle in your back from last week’s battle. While the aching in your back is pulsating a constant dull throb, the pain is still dwarfed by the stinging pain above your eye from a cut that has become infected. You have no medicine for the pain and swelling, nor do you have a bag of ice for your back. After arriving at camp and looking forward to a night’s rest, the enemy makes a surprise attack upon your camp. Your horse is exhausted, so you take this battle on foot with whatever weapon you can scrounge. After squaring off with your opponent, your swordplay begins and it turns out that the opponent is an equal match with your ability. The fighting continues. Five minutes pass and the adrenaline has already burned out of your system. Now you are down to just sheer will. Your shoulder and bicep begin to burn—just like they are on fire—because you have been swinging a three-pound sword to save your life. The enemy keeps bringing the fight like he has rested all day for it, so the fight continues. Then you get injured as he throws an unexpected cut your way and you feel yourself bleeding. You want to keep fighting, but now you cannot even feel your sword arm. You have no muscle left. You are panting like a dog. Your heart is pounding out of your chest. Then finally, with a lucky blow, you drop your enemy. But then you turn around, and two more are coming…. Can you imagine this situation? It is actually not too far from the truth of what many historical battles were like. Travel was hard and long. Enemies came at unsuspecting times. Many were heavily armed. Many were physically fit even beyond levels of many professional athletes today. You had to fight and persevere, or lie down and die. I have engaged in sword play while wearing armor and it is amazing how tired you can become after just ten minutes of engagement. Adrenaline can take you through the first three minutes of most battles, but then your cardiovascular system has to do all the work. And even if your arms are strong, it is only a matter of minutes before the burning sensation of muscle fatigue sets in from swinging a heavy sword over 100 times in every direction within just a few minutes time. You cannot time your rest periods with your opponent’s. When he rushes in, you need to defend—ready or not. But life today is very similar to this in many respects. You come home from a long day at school or work, wanting only to rest, when challenges pounce into your life in moments that are sometimes perfectly timed with your moments of weakness? Perseverance is needed, and is only gained through spiritual infusion of Christ, stamina of the body, and strength of will. True perseverance is only gained through spiritual means by relying on God’s promise: “I can do all things through Christ who strengthens me” (Philippians 4:13). Perseverance takes many forms. Sometimes we need emotional perseverance—strength to get up and push through just one more day after losing a loved one. Sometimes we need spiritual perseverance to continue in prayer and seeking the Lord. And sometimes we need physical perseverance. In other circumstances, we need all three. But God provides to those of us who ask… and when He gives, strength and perseverance abound. One of the best examples of perseverance can be taken from a short mention of a warrior named Eleazar who was one of King David’s three “mighty fighting men”: Next to him was Eleazar son of Dodai the Ahohite, one of the three mighty men. He was with David at Pas Dammim when the Philistines gathered there for battle. At a place where there was a field full of barley, the troops fled from the Philistines. But they took their stand in the middle of the field. They defended it and struck the Philistines down, and the Lord brought about a great victory. (1 Chronicles 11:12-14). The passage in 2 Samuel fills in even more detail about this particular battle, and explains that Eleazar “stood his ground and struck down the Philistines till his hand grew tired and froze to the sword (23:9-10). Now that’s perseverance! 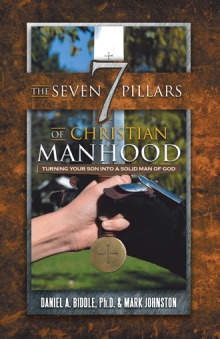 The true knights of the Middle Ages were passionate about their faith, their relationship with Christ, and their dedication to living by the virtues of Scripture. The order of knighthood was esteemed by all, pursued by many, yet held by only few. The lifestyles, virtues, and commitments held by these knights—who were half warriors and half priests—were second to none in the medieval era, as well as today. The order of knighthood provided a code to live by—a set of guidelines and practices that instilled honor, strength, and valor. This same order also served to set their lives on a track that helped safeguard them against self-inflicted trouble and heartache, insuring they could enjoy God’s best for their lives.

Dr. Daniel Biddle is passionate about living and sharing the Christian faith in creative ways that grip the hearts and minds of today’s youth, and the concept of knighthood is just as powerful today as it was in was in the Middle Ages for accomplishing this. Dan earned his bachelor’s degree in organizational behavior from the University of San Francisco and his doctorate in organizational psychology from Alliant University. Dan is the CEO of a human resources consulting firm located in Folsom, California. Dan and his wife, Jenny, have four children and live in Folsom, California.