Scriptural Lessons From The Civil War 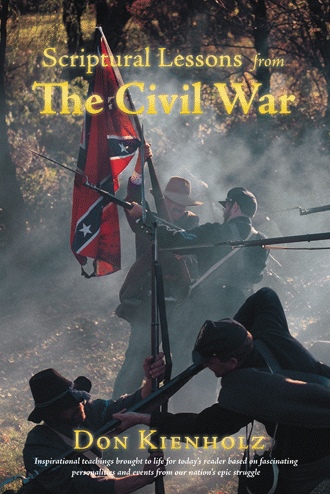 The Death of Wilkeson
On the first day of the great battle of Gettysburg, (July 1, 1863), 19-year-old Bayard Wilkeson, commander of the battery “G”, 4th U. S. Artillery, held a critical position on Blocher’s Knoll. The Confederates trained twelve cannons on his four, from a position on a hill that towered over the knoll. In spite of this, Wilkeson rode about his guns speaking a word of encouragement here, giving an order there, everywhere cheering his men up by his display of calm courage. Finally, with the situation becoming desperate, he spurred his horse to the front and sat there, immovable and statuesque, seeking to inspire his men with confidence. Animated by their commanders daring example, the men of the battery worked with such rapidity and precision that the utmost efforts of the Confederate infantry failed to force the battery from its position.
Through his field glasses, Confederate General Gordon could see that if the officer who so defiantly rode among the Union guns could be disabled, the battery would soon be silenced. “Turn your guns on that fellow on horseback,” he said to the Rebel artillery men. “When he is out of the way we can silence his cannon.”
With twelve cannons turned on him, Wilkeson could no longer go unscathed. A shot shattered his right leg, killing his horse as well. His comrades picked him up to bear him to the rear, but he ordered them to lay him where he could watch the progress of the conflict. No surgery was available, so he twisted a handkerchief about his mangled limb as a tourniquet, and with a jackknife, cut away the lacerated flesh and shattered bones of the leg. Fever and parching thirst took possession of him. Wilkeson's eyes brightened as an artillery man brought him a canteen of cool water from the Almhouse well. Just as he eagerly raised the canteen to his lips, however, a wounded soldier lying near cried: “For God's sake give me some.” Unmindful of his own suffering, the young officer handed the canteen to his wounded neighbor, who greedily drank every drop. Wilkeson smiled on the man, turned slightly, and was dead in a few minutes.
Though it is hard to fathom the courage and self-sacrifice displayed by Lieutenant Wilkeson, it is a marvelous, real-life example of Christ likeness, displayed from a position of authority. As Jesus himself taught and lived out in his own life, anyone aspiring to a position of leadership in God's kingdom are to serve those under their authority. Instead of lording their power over others, they are to be willing to die if the situation demands it. Like the Lord Jesus, Lieutenant Wilkeson did not use his position to dominate others, but to encourage, serve with humility, and ultimately give his life. All while looking out for the interests of others with tenderness and compassion.
Beyond being an inspiring example of courage and sacrifice in one so young, this story contains another important spiritual lesson. It vividly illustrates how critical a role that leaders play in warfare, in both the physical and spiritual realm.
A few years ago the speaker at a seminar on prayer stressed the importance of praying for our spiritual leaders, especially the highly visible ones. As the Confederate general in our story realized, Satan knows that if he can target and eliminate strong leaders, he will inflict a lot of damage, taking down many Christian foot soldiers in their wake. Jesus, keenly aware of this, spoke to Peter about being targeted because of his position of leadership among the apostles. In Luke 22:31-32, the Lord told him, “Simon, Simon, Satan has asked to sift you as wheat. But I have prayed for you Simon, that your faith may not fail. And when you have turned back, strengthen your brothers.”
Let us follow Christ's example, doing all we can to support, pray for, and encourage our spiritual leaders. And keeping in mind Lieutenant Wilkeson's inspirational story, let us pray for courage to stay strong in the midst of our own life's battles.

If you are one of the many Americans fascinated by the American Civil War, but feel that there is nothing new under the sun concerning that epic time, think again. In these pages you will find a wealth of stories of incredible courage, extraordinary perseverance, and heartwarming affection and humor. These stories of the personalities and events from the Civil War are carefully chosen to appeal to both the well-acquainted as well as the novice.

The book includes spiritual lessons for us today, using practical applications and insights from the Holy Scriptures, based on intriguing stories of those who lived through our nation’s greatest trial.

My hope is that these stories, written in a highly readable, short-chapter devotional style, will not only provide Civil War lovers with hours of reading enjoyment but wisdom and hope in the midst of our own trials each of us face in these difficult times.

Don Kienholz has a strong background in history, especially the Civil War. He also has taught Scripture in a wide variety of venues. Don resides in Erie, Pennsylvania, with his wife, Debbie. They have six children and eight grandchildren.