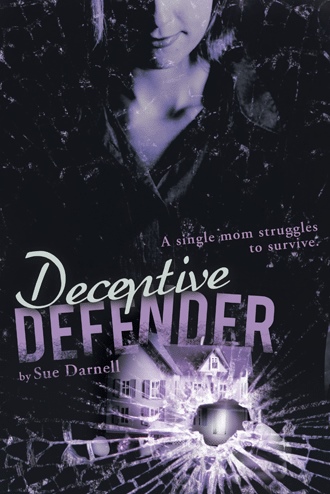 Emily Dalton knew that her ex-husband, Jack, was a lying, cheating, wife-abusing drunk who could hold himself together during his work day. This characteristic had never ceased to amaze her. How he could drive to Atlanta, work all day selling cars at a major dealership without a hint of his previous night’s drinking binges had been a mystery to her for the past five years.

But today Emily realized that the lengths to which his cruelty could take him was more than mystifying. It was stunning. The heat of late summer in West Valley, Georgia was nothing compared to the red-hot anger that boiled inside her. And, yet, the strangling fear that Emily never wanted to admit to herself or to anyone else was lurking just under the anger, and it was anyone’s guess which one would win out this time. Anger and fear. Fear and anger. Two monsters that had held Emily captive since the night of her honeymoon. That night, she’d been angry with herself for going through with the wedding in the first place. And later, fear crept into the very depths of her soul as she watched her new husband down one beer after another, growing more and more belligerent and foul-mouthed with every pop of the can. By the time his 12-pack of beer was gone, Emily’s knight in shining armor had shown his true colors. Colors that she had chosen to ignore during their two years of dating.

Emily and Jack had only been married a month and a half when Emily discovered she was pregnant. During that six-week period, Emily had already seen enough of the real Jack Dalton to know that she had made a terrible mistake marrying him. But now, the entire situation had changed. There was to be a baby and Emily felt trapped and frightened beyond belief at the prospects for her future.

Jack had been ecstatic with the news and strutted around like a proud peacock, telling anyone he could get to listen, “It’s a boy. I know it’s a boy.”

Cassandra Jane Dalton was born on a cloudy and cold winter day, but she quickly became the light and the warmth of her mother’s life. Emily knew there would be fights, of course, over the child’s name, but she stood her ground. Jack had no ideas himself, but didn’t want Emily to have the satisfaction of naming their baby. He grudgingly gave in at last, reasoning with himself that he might not have gotten his boy, but he had gotten a noose around his wife’s neck. Now that they had a child together, she would never think of leaving him.

And for awhile, Emily bought into Jack’s lies and mind games. He frequently reminded her that she had gained weight during her pregnancy and now, no other man would want her. He told her that she was stupid to think that she could ever make a go of a real estate career and she needed to get a “real” job. Every time he went into one of his rages, he made it clear to her that he knew she wouldn’t leave him. How would she be able to support herself and a three-year-old? “There’s no way you could ever raise a child by yourself,” he’d say with his leering grin and cold eyes.

I guess I showed him on that score. Making the Top-Producer Club in real estate my first year out wasn’t half bad, not to mention becoming a broker after only three years. Emily’s anger over Jack’s most recent threat was tempered by the knowledge that she could make it on her own. Jack was completely taken by surprise when she told him she wanted a divorce. And now, he was threatening to take Cassie from her. He had made those kinds of threats before, but this morning had been different. There was an evil malice in his voice that Emily was all too familiar with. The tone of voice he had used just before flying into one of his rages and hitting her or kicking her. Of course, each time with the calculating control he uncannily possessed. He could leave marks and bruises in places where they were always covered by clothing, never noticeable to the public eye. And Emily had endured this treatment for years, hoping against hope that Jack would change and they could make a happy home for their precious daughter. Besides, Emily had worked so hard to keep the truth of her hellish marriage a secret. It was embarrassing and humiliating to admit what had really been going on behind closed doors all these years. Who would believe her anyway? Jack could be so charming when it was to his advantage. At church, people thought he was a kind, caring husband who adored his wife and child. No one ever suspected that there were two different sides to Jack Dalton.

The charming side was definitely not showing as she answered her phone that morning.

“What do you want, Jack? I’m getting ready to leave the house. I’ve got to go show property.” Emily quickly decided to dispense with formalities. She didn’t have time to mess with Jack Dalton today.

“I’m warning you, Emily. You may have won in divorce court, but it’s not over. It’ll never be over. I will have Cassie all to myself one day. You’ll never know who’s watching you or how I’ll win. But I will win. She is mine and whatever I have to do, I’ll do it. I’ll prove you to be an unfit mother if it’s the last thing I ever do. But if that doesn’t work, I’ll go to the next play. Game on.”

“Game on?” Emily’s voice was incredulous. “This is all a game to you, isn’t it, Jack? From the time we started dating to this very day, it’s all a game with you. A game to see if you can win the prize, get what you want, and fool everyone in the process. You got visitation rights. You should thank God that I let you have that much.”

“I’m paying for my visitation rights.” Jack spat the words out like splinters. “You’re getting your child support.”

“Only because I’m having it taken directly out of your paycheck, Jack. I would never see a penny if I hadn’t set it up that way. Thank God for garnishment and direct deposit.”

Emily listened to his labored breathing for a few seconds and could picture the look on his face. His silence was as threatening as his rampant, raging words. Although she was used to the whole routine, it still had the power to shake her and he knew it. She fought for self-control and willed herself to stop trembling as she waited for his next words.

She heard the click as he hung up his phone. Shaking, she put down the phone and sank to the couch in her living room. Despite her resolve to never let Jack get to her again, tears splashed onto her hands as she clasped them in her lap, fighting for control.

Oh, Jesus, please help me. I know this mess is my fault. I put myself in this situation by marrying a man You were warning me about. I ignored the red flags. I ignored my parents’ concerns. But now little Cassie is here, Lord. Please help me protect and take care of my daughter.

Emily stood up from the couch and went to dry her tears and freshen her make-up. Looking in the bathroom mirror, she spoke to herself out loud, “Okay, Emily. That’s enough of your pity party. Time to get out there and face the world. You’ve got houses to sell, money to make, and a daughter to raise. Let’s get on with it.”

Emily North Dalton walked out the front door of her three-bedroom, two-bath home with the same determination that had kept her in that home in spite of the economic conditions. She was going out to do the work she felt God had called her to, and she was grateful to Him for sustaining her in her profession and giving her the capacity to enjoy her work, no matter what else was going on in her life.

Emily Dalton is a newly divorced young mother, struggling to make a living as a Realtor in a rotten economy. Despite the hardships, she is grateful to be free from her abusive ex-husband, Jack Dalton. Just as she's beginning to relax, Jack launches a campaign to prove Emily an unfit mother and take their little girl away from Emily.

Enter Brian McCain, a charming, handsome young man who could be the answer to all of Emily's problems. He seems to appear out of nowhere, and she soon learns he is an undercover cop.

Over the next few weeks, Brian pursues Emily relentlessly. But he's always a protective gentleman. He tells her plenty of details about his work and his personal life. Emily finds herself drawn to this mysterious man.

But would an undercover cop give out that much information? As she struggles with uneasy feelings, Jack continues to torment her with threats, pushing her toward the safety of Brian's arms. Best of all, Brian defends her against Jack's attacks. Sweet revenge.

As Emily allows herself to be pulled more and more into Brian's life, she soon learns that God has been the one defending and protecting her all along.

Sue Darnell is the author of hundreds of nonfiction articles, published online and in traditional print. Her affiliations include Christian Writers Guild, Long Ridge Writers Group, and Writers Research Group. Her fascination with personality profiles and her experiences as a licensed Realtor influenced Deceptive Defender. Sue lives in metro Atlanta.