A Personal Story of Faith and Dealing with Attention Deficit Disorder 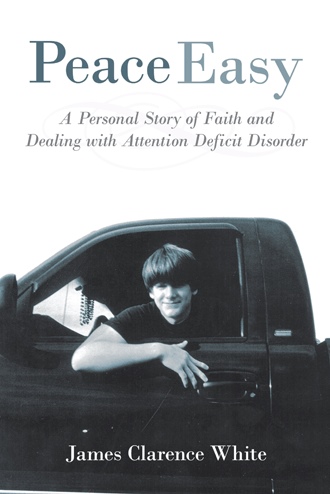 Peace Easy is a true story about the author, who was at or near the bottom of his class in elementary and high school during the 1940s and ‘50s. His inability to learn made keeping up with his classmates virtually impossible. Apparently part of the problem was ADD, but other factors may have been partially responsible.

The struggle to stay in school and learn was diffi cult and discouraging. The fear of academic failure always lurked in the background, resulting in much frustration. At the conclusion of his sophomore year in college, the realization of becoming a dropout was imminent. But unusual events, triggered by a lifelong friend, turned his life around, sending him in another direction. Eventually, earning a PhD, the author became a college professor and a licensed agricultural consultant in the state of Louisiana.

He wrote this story following the loss of his sixteen-year-old grandson, Holden, who had been diagnosed with ADD.

JAMES CLARENCE WHITE grew up in a small northern Louisiana town. Education proved to be difficult, if not impossible. As he grew older, dropping out of school became increasingly tempting. However, in his junior year of college, unusual things happened that forever changed his direction.