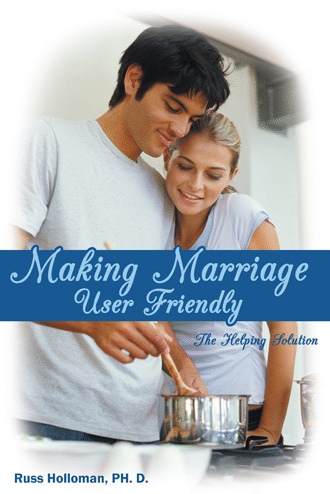 In 1973, I was licensed as a marriage and family therapist and my involvement in and concern for marriage relationships took on a new dimension.  With a shingle on my door and my name in the yellow pages, couples experiencing difficulties in their marriage began coming to me for help.  They invariably complained about some particular problem or dissatisfaction in their marriage.  The similarities between what they were saying to me and what they most likely would say to their physician did not go unnoticed.  "Our marriage is hurting, and we don't want to hurt," they seemed to say.  "Remove the pain so we can be well again."

Typically, it was only after their perceived problems became intolerable that help was sought.  However, as soon as the most distressing symptoms of their problems were dissipated, most of these couples felt they no longer needed help.  As might be expected, many of them soon were back in therapy, often  voicing their original complaints.  The basic problems in their marriage relationship had not been solved, only the most painful and accessible symptoms had been relieved.

Practicing marriage and family therapy in terms of this remedial model was neither personally nor professionally satisfying to me.  While I did take comfort in knowing that I was helping couples remove acute pain from their marriage, I was bothered by the fact that most of them left therapy without a vision of what their marriage could become.  Their goal was to be normal again--normal in the sense that there was an absence of stress and psychological pain.  Therapy was keeping them only from being unhappy; I was not succeeding in showing them the way to a higher-than-normal plane of marital happiness.  For me that was not enough.

It was this realization that started me rethinking my philosophy and practice of marriage and family therapy.  It also caused me to rethink my own marriage.  I shared my concerns with colleagues and other professionals, and, surprisingly, I found a great deal of understanding and agreement.  As I continued to wrestle with these concerns, the pieces of the puzzle began to fall into place.  The answer, when I found it, seemed so simple, so logical, so available.  It is a therapy based more on a growth or becoming model than upon a sickness or medical model.  Finding that answer, first of all, made it possible for my own marriage to grow and become more actualized.  And as I became more convinced of the goodness of my new approach, I began to incorporate it into my therapy practice.

It was this realization, too, that caused me to start planning the writing of this book.  I wanted to share with people who already were married, and with those contemplating marriage, a vision of what a marriage could be.  I wanted to engage them in some possibility thinking.  This vision is of marriage as a helping relationship.  Helping is viewed as an important aspect of a marriage relationship; it is a means of showing concern, interest, affection, and other positive feelings.  It shows personal commitment to one's marriage--a commitment to making their marriage matter. Helping in a marital relationship has a meaning that is larger and more personal than simply assisting with household chores or other menial tasks.  It also is different from the helping role of the professional therapist.  It is based upon the idea that everything we do in our marriage relationship both affects and is affected by the behavior of our partner.  Helping is feeling and behaving toward our partner in ways that produce desired, positive outcomes.  Since what goes around in marriage tends to come around, the sought-for outcomes of the helping relationship are mutually beneficial.

This is not a how-to-do-it book in a few easy steps.  Marriage relationships seldom permit such simplicity.  It might more appropriately be called a "be-it-yourself" book in that it emphasizes attitudes and behaviors, more than rules and skills.  It won't make you an overnight expert in helping, but your helping skills will increase as you become more sensitive to the need for and the benefits of loving in helping ways.  These attitudes and behaviors will be described in simple behavioral terms.  I have kept technical terms and clinical interpretations to a minimum in my quest for clarity and simplicity.  For the same reason, I have kept documented references (which I could have provided in abundance) to a minimum.

As we explore together the idea of loving our partner in helping ways,  I will from time to time share experiences from both my personal life and the lives of others with whom I have counseled.  You deserve more than mere intellectual arguments for the differences that loving and helping can make in your marriage; you deserve the personal witness of people who have discovered that difference.  You also need to know about the possible negative effects that non-helping attitudes and behavior can have on your marriage.  When use is made of examples and dialogues excerpted from actual case histories, the details will be altered only for purposes of confidentiality.  Otherwise, the examples are faithfully reproduced.

I am indebted to those of my clients who gave me the opportunity to know what was meaningful and helpful to them.  I am similarly indebted to many of my professional colleagues who have helped me to look at things more clearly.  Finally, I am grateful to my late wife, Lenora--lover, helper, and friend.  She taught me much about loving (she was good at it), much about marriage (she had special insights), and much about helping (her attitude made the difference).  When I consulted her about my work, she always was ready to listen, insightful in her questions, and helpful in her responses.

It must be clear by now that I have taken ideas and answers from many places.  I cannot identify with precision when or from whom I obtained what I present here as my own.  There's no doubt that there is much in these pages that almost everyone has thought or felt before.  This book attempts to put it in some order and thereby make it more understandable and useful.  This, I realize, is a very large order, one that cannot completely be filled.  In any event, I alone take full responsibility for what is in this book. 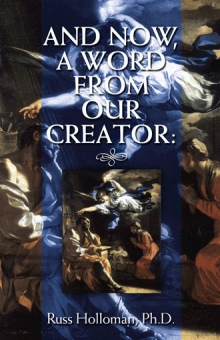 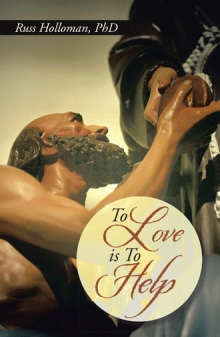 Why are some marriages more successful, more satisfying, and more enduring than others?

The answer to this question is perhaps the most widely studied and best-known part of our marriage and family-therapy literature, although arguably, it is the least understood and certainly the least followed in terms of avoiding the pitfalls that lead to unsuccessful marriages. What this book proposes as an answer to this question is the nearest thing we have to a manifesto for marriage and family living. It provides us with a clear description of what married life should be like. No words or ideas sum up the intention of this manifesto better or indicate more clearly its challenge to contemporary marriages than the words "making marriage user-friendly."

Russ Holloman received his PhD in psychology and management from the University of Washington in 1965, while serving in the United States Air Force. He retired from the air force in 1970, after teaching psychology at the Air Force Academy. He subsequently served as Maxwell Professor of Organization and Management at Augusta State University. Other teaching was with the University of Maryland (Germany), University of Southern California (Okinawa), and Virginia Tech. He has authored over sixty professional journal articles in his field of research and served as a behavioral consultant to government, business, and religious organizations. He is the author of And Now, a Word from Our Creator (Westbow Press, 2011). He also maintained a private practice in psychotherapy for twenty-four years.

A native of Mississippi, he married Lenora Strebeck in 1949, and they had two children, Suzanne and Mark. Dr. Holloman is a certified lay speaker in the United Methodist Church and has taught the same Sunday school class since 1973. He has served his church in numerous administrative capacities at the local, district, and conference levels.