The Visions of Daniel the Hebrew Prophet 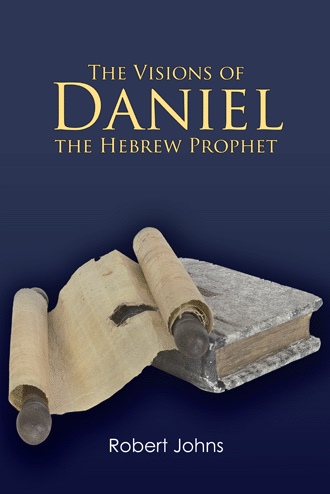 The human race was created by the one true God for the purpose of worshipping him. God provided his human creation with free will, intelligence, and the ability to reason. When humans worshipped the true God, it was to be because they chose to do so, not because they were programmed to do so. God’s demand of the human race that every member obey and worship him recognizes that every individual has the potential to fulfill God’s commands. Humans can, and should, respond positively to their Creator’s demands and commands. At the end of history, every person will be required to account for the course he or she chose.

God was never going to leave the human race in ignorance about his reason for creating the universe. When he was establishing the instrumentalities that would present his purposes to the human race, he chose the descendants of the Hebrew patriarch Abraham to be his primary witness to the world. When the descendants of Abraham became numerous enough to become a nation, they adopted the name Israel. As God’s Chosen Race, the Israelites were to be his evangelists to the world, “a kingdom of priests and a holy nation.” To remain Chosen, it was imperative that the Israelites be thoroughly dedicated to God. They were to live in harmony with his will and be utterly obedient to his laws, commands, and statutes. In return, God would bless his people to an extraordinary degree. It was God’s desire that a faithful Israel be so blessed that the other nations would look at her with envy, eager to know more about Israel’s excellent God.

Tragically, Israel was consistently disobedient to God. She was rarely blessed and frequently punished. As an evangelist for the one true God, she was a failure. The Israelites were far more interested in making demands of God than fulfilling his demands of them.

Despite their persistent rebellion and disobedience, God displayed amazing grace and forbearance toward his people. So fair and forgiving was God toward his people that they concluded his forbearance was inexhaustible. This was a mistake. After tolerating Israel’s wickedness for centuries, God set a deadline by which his people had to be on a course that complied with his will. Failure to comply with his demands before the deadline would result in the Israelites being severely punished. God commissioned several faithful Israelites to warn Israel that her time was running out, one of whom was Daniel. This work examines the part Daniel’s messages played in delivering that warning and how the Israelites responded to his messages.

For centuries, controversy has raged over the authorship and genuineness of the book of Daniel. Is it an authentic document from the sixth century before the Common Era with a message from God to postexilic Israel; or is it a forged document written centuries later to encourage Israelites being oppressed by the Seleucid king, Antiochus Epiphanes? Robert Johns addresses these issues and more in his thesis on Daniel’s visions. Importantly, Johns establishes when Daniel was provided with his visions, and he defines why God provided Daniel with the visions.

The Visions of Daniel the Hebrew Prophet examines the metal image, the beast with eleven horns, the Seventy “sevens,” chapter eight’s little-horn, and the 2,300 evening-mornings. It demonstrates that the enigmatic 1,290 days and 1,335 days are anything but enigmatic, and it identifies the reason why Daniel’s fifth and final revelation is so detailed. Appendices address issues of general nature, such as the historicity of Jesus the Christ, the popularity of dispensationalism, the identity of “the abomination that desolates,” and the integrity of novels representing the Christian-fiction genre (which focus on a seven-year tribulation period at the end of history).

This book will be of value to every Christian who has an interest in Bible prophecy and eschatology.

Robert Michael Johns (b. Oct 30, 1946) lives in Newcastle, Australia, in semi-retirement. His interest in the Bible, in particular the book of Daniel, began in his teenage years. His personal library of fi ve thousand volumes includes more than a hundred commentaries on Daniel and a similar number of works dealing with aspects of the book of Daniel. He is frequently engaged to speak about the book of Daniel.