We Carried the Mat 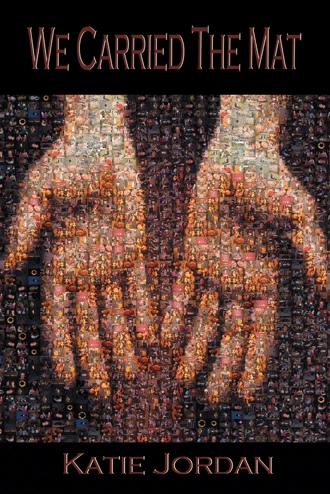 Months before Jay’s first symptoms appeared, I felt compelled to start keeping a journal. Looking back on those fledgling entries, I recognize now that my decision to begin journaling at that particular time was prophetic.

Writing in that “safe place” reconnected me to my heavenly Father during the most turbulent time of my life. As Jay was losing his battle with ALS, I found myself groping for the journal and pen.

At my lowest times, I found God speaking encouragement to me through others. Countless times I recorded something in my journals spoken from the lips of strangers, friends, mentors, and pastors. These were bits of light and wisdom that I tried to implement in my hectic life as Jay’s wife and caregiver. Now I’m very grateful they are preserved as a resource during times of trouble.

As you juggle the physical and emotional challenges of being a caregiver or caring supporter, it is my prayer that this book will provide encouragement, compassion, affirmation and hope. God will meet you right were you are, and remain beside you every step of the way. Join Him where He is already at work. He will equip you to do all that you need to accomplish, just as He led me through my journey to completion, one step at a time.

We Carried the Mat is a gift of love resulting from a promise I made to my husband Jay several months before he died. During the two and a half years that Jay’s body became captive to Lou Gehrig’s disease, he shared his faith and exuberance for life with the servants at his bedside. In his fi nal months, he wrote it on the hearts of those who cared for him, including mine. Now the written words of his story—our story—have been entrusted to me. Jay’s story is incomplete, until it has fully encompassed the value of the caregiver. My hope is that you will be encouraged and affirmed, as you help someone you love reach the finish line of life with grace and purpose.