Designing Effective Ministry to Marriages in the Church and Beyond 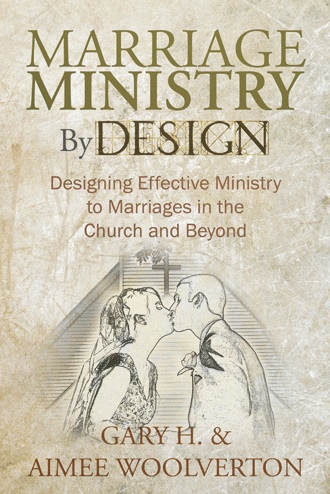 Marriage Ministry By Design provides a blueprint for churches to utilize when designing, implementing, and maintaining effective ministry to marriages. All too often the emphasis for any programmatic ministry in the church is to plan for the needs of the calendar without much regard as to whether the programs meet the needs of the congregation and the local community. When these programs end up being poorly attended, the leaders oftentimes become frustrated and ready to shut the new ministry down. Churches need to be more missional in their approach to ministry design; therefore, the church must respond not only to the expressed needs of their community, but also to the perceived “felt” needs. A comprehensive framework for the design of ministries to marriage is provided in this volume. As leaders of the church, you will see that there is more to ministering to marriages than just providing premarital counseling prior to the wedding. It is more than just offering on Wednesday nights an annual lecture series related to marriage relationships. And, of course, it is clearly more than just providing a divorce recovery workshop on an ongoing basis (that particular approach clearly misses the whole point of marriage ministry!!). Ministry to married couples, and especially to those couples anticipating marriage at some point, must be a cacophony of multiple offerings that address various points in the life of a married couple. It must provide refuge and hope for couples experiencing crises or loss, as well as provide opportunities for marriages to become enriched in their everyday lives. The role of the church in this endeavor is essential to the success of the marriages in the church and local community. 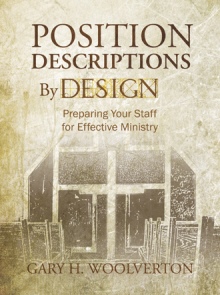 Your church or ministry will greatly benefit from the information contained within this book. Learn a practical definition for marriage in the church as well as God’s design for marriage. Look at the various stages of marriage and the different forms of marriage. And learn how to use the various components of ministry to marriage, including a structure that will greatly enhance your ministry mix.

Gary H. Woolverton is an author, ordained minister, and ministry consultant who is passionate about designing effective ministry for churches and other ministry organizations. His almost nineteen years in ministry have included stints on the staff of several megachurches in Texas, and the oversight of a number of ministries, including those for adults, parents, couples, support groups, and missions and outreach. Prior to his call to ministry, Gary spent a number of years in the heavy construction and natural gas industries, mostly in the area of human resources development.

Aimee Woolverton is Gary’s wife and mother of their two sons. She grew up in ministry, as her father was a music minister at a number of churches throughout the country. Aimee met Gary at a church where he was on staff. Although she was working for NASA at the time, she was also heavily involved in ministry at their church. Her leadership responsibilities included ministry to children, missions and outreach, and single adults. Aimee was also a founding member of a singing trio entitled One Heart that ministered to audiences for a number of years.

During one of his assignments at a large church in Dallas, Gary led a team that developed a comprehensive marriage ministry that provided effective ministry to marriages in the church and the local community. The ministry prepared individuals seeking marriage and those who were already married. This tool evolved into a passion for something much more than only serving the local church. Marriage Ministry By Design has been written and published to provide church staff and other ministry leaders with a blueprint for designing marriage ministry for their organization and so much more.

Gary and Aimee live in north Texas with their sons, two cats, a puppy, and dozens of fish.