The Rapture of Darkness

A Novel of Hope for the Coming Age 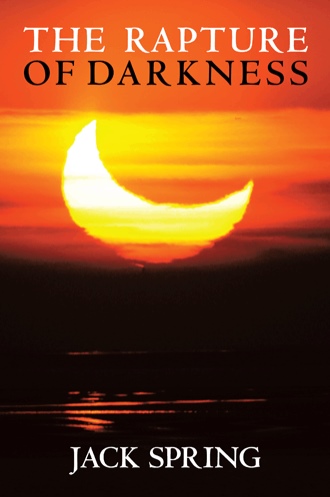 That was the day the handsome youthful man in his early thirties approached the parish priest with an offer to restore the bells in time for the national bell-ringing ceremony planned across America on Election Day.

“In less than three days!?” the parish priest exclaimed, with more skepticism than amazement. “How can you possibly repair the old bells before Tuesday? There’s no one who moves that fast on the islands, and probably no one qualified anymore who can do it!”

“Allow me to worry about that, Father. I assure you, my metallurgists are the highest skilled artisans anywhere --- expert craftsmen dedicated to an ancient and forgotten trade.” said the young man. “These bells have a very rich history which we’ve uncovered, and they are most worthy of our attention”

“So, are you from the historical society?” asked the priest, “or maybe just knights in shining armor?” he mused wryly.

“A little of both, Father. We are members of the Knights of the Trinity based in Dublin, Ireland. We’re affiliated with Trinity College there, and receive our funding for historical restorations from the College and from the Catholic Church. ”

“Hmmm … “said the priest, “Can’t say’s I’ve heard of you … sort of like the Knights of Columbus I guess, huh? Well, not exactly” the young man said. “We’re not 2 million strong, only a few hundred of us. Here’s my card, Father.”

Looking down at the name he said aloud, slowly: “Cal St. Martin.” The priest looked up at the bell tower as the evening sun began to set, then fixed his eyes on Cal, finally saying, “Well, alright! What’ve we to lose, right!? We’ll organize a re-dedication ceremony for Tuesday, just before sunrise --- that is IF you can repair them by then.”

“Very good, Father!” said the young man. “My men will be here within the hour to begin the work. I’ll instruct them on what is needed, and then I must depart to manage other projects we are undertaking. Although I cannot attend your dedication, my men will be here and they will stay on to train your parishioners in the art of bell ringing. You have my word, Father --- in three days time, your bells will be as good as new --- for Election Day!”

The men began walking toward the front of the church in the direction of the statue of St. Patrick. The priest mused, “You know, if your men are as good as you say they are you might have a restoration job in Washington. I assume you heard about the damage today to the Supreme Court Building?” Cal nodded. Then the priest touched Cal’s sleeve, changing the subject, asking “You mentioned you’ve uncovered more history about the bells?”

Cal answered, “Yes we have. As you know, they were a gift to the parish some 80 years ago, arrived from Brussels, okay … well, we’ve learned that before the bells were shipped here they were part of a collection of many hundreds of church bells that had been recovered and restored through a centuries-old program organized by my Order, The Knights of the Trinity.”

“Yes, The Knights of the Trinity is a very old organization --- “an ancient order” as we like to say; our historians have discovered this about your bells: they are all from the same area in southwest England, Cornwall, near Land’s End.”

“The large bell was retrieved from a swamp in Dorset and once belonged to the 11th century Catholic church in the village of Knowlton. Legend has it the bell was stolen by the devil and dumped into a nearby marshy stream.”

“… because devils hate the sound of church bells!” the priest blurted out, with a clever grin.

“Well, indeed, there are many legends about devils and church bells, Father.” said Cal in a rather serious tone.

“In this case, the bell at Knowlton was pulled from a stream near the White Mill, lying deep under a thick layer of mud, which probably preserved it for centuries. How it got there? Well, perhaps no one knows. That is where the legends come in. But THAT bell is YOUR bell … your MAIN BELL. And it will sound the key note on Tuesday morning when your Church joins in ringing-in the Novus Ordo” Cal’s voice was filled with purpose and excitement.

Continuing, Cal said: “The other bells were retrieved about the same time as the Knowlton bell. Our historians found it recorded in the Domesday Book that there was an island located off the southwestern coast of England known as The Land of Lyonesse on which there lived a pious and industrious people who had built hundreds of churches. In about the year 1099, the land was gradually inundated by a great flood, leaving only the tops of seven hills. What remains of those hills are known today as the Isles of Scilly.”

Cal concluded, “Before their lands were swallowed by the sea, many church bells were saved. Your seven bells were among them.” The priest stood in rapt attention, motionless, unable to speak.

“Those seven bells from the Land of Lyonesse and the one from Knowlton make up a full octave set which was given to St. Patrick’s Church in 1929. Unknown to the parish, they were then, and will be once again --- the oldest known set of church bells in use in the entire world!”

As the priest tried to register the import of the words he could only think of his parishioners and of the islanders and what the news would mean to them. Measuring his words as though he were reading a headline aloud and slowly, the priest said: “An obscure Catholic church located on a remote island in the Pacific discovers its’ church bells are perhaps the oldest in the world --- a gift from 11th century England.” The priest shook his head and said with a sigh of disbelief, “Incredible.” The priest looked back at the bell tower, then toward the heavens, as if praying.

“Not a word of this can be revealed to anyone, Cal. If the bells still work after all these years, the parish will have to decide how to handle this. The tourist-draw could have a significant impact on this parish and the community.”

Cal nodded. “Only you and the Knights know, Father. And all that really matters is this --- after half a century of silence, in just three days --- you shall hear those old bells ringing again …”

The priest smiled, and said with a wink “Ahhh, yes … and won’t all the devils be cryin’ then. ’”

From Chapter 7 -- The White House

“Mr. President, there’s been an incident.” the secret service agent said, as he stood over the President’s bed.

"The Rapture of Darkness"....is the inspiring story of an American Vice-President, an Irish Bishop, and a Professor of Antiquities determined to save the Catholic Church, America and the World before the arrival of the "Doomsday Date" of December 21, 2012.

“Finally, a novel has been written as an antidote to 'The Da Vinci Code' and 'Left Behind' series!"

Most believe that Cal St. Martin is the debonair professor of antiquities at Trinity College in Dublin, Ireland. But the new American president, Mike Rounds, knows the real truth—

Prof. Cal St. Martin is a man with a hidden past––and a secret mission.

Three days before the Presidential election, the story begins when a satellite falls from orbit and strikes Washington, D.C. Mike concludes that it isn’t a random event or terrorism when a strange gold box is found amidst the wreckage, addressed to—”The Future Bishop of Armagh, Ireland.”

Then, four members of the U.S. Supreme Court vanish without a trace and several top-secret stealth planes go missing. So, Mike goes to Armagh, Ireland to deliver the gold box to the new Archbishop, Diarmuid Martin, and sets out to discover who is responsible for the strange events.

As Mike solves the mystery of who is responsible for the thefts and abductions, the Archbishop unravels clues left by Professor St. Martin which will answer the questions on everyone’s mind…

Jack Spring—is a traditionalist Catholic, former attorney and business owner, raised in Dayton, Ohio as the oldest of six children in a closely-knit Irish-American Catholic family.

After graduating from Ohio State University with distinction and honors in English literature, Jack worked on Capitol Hill for the late Senator John Heinz (R-PA) during President Ronald Reagan’s first term, and while there he developed his love of politics and knowledge of Washington, D.C.

Later, he graduated from George Mason University School of Law in Arlington, Virginia, and practiced law for fifteen years.

He is a resident of Naples, Florida.

This is Jack’s first novel.