Food for the Journey

Essays on What I Have Learned along the Way

by Joseph B. Lynch 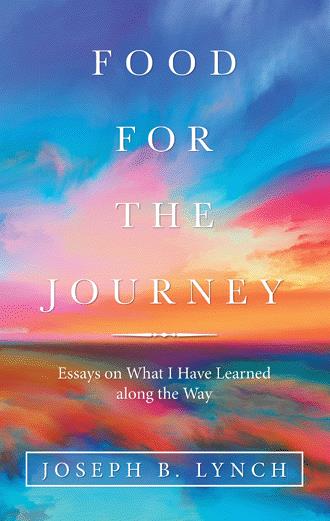 Wisdom, love and joy seem to me to be the final goals of life for every person. They’re written into our nature. Ultimately being wise, loving and in joy is our destiny and fulfillment. Philosophers and theologians have named numerous other virtues such as gentleness, humility, kindness, magnanimity, munificence, peace, discernment as among the great virtues. Writers who talk about virtue see these virtues as ancillary or included implicitly in wisdom and love. They are the summit of the list and others flow from them. Joy is the effect in us flowing from them.

I like writing this chapter very much because I have always been attracted to seeking wisdom. Wisdom always meant seeing far and wide, broadly and with universal understanding. It would also mean seeing deeply into reality. Narrow or superficial thinking has always repelled me. It did still surprise me that when on the Gallup Strength Finder instrument that of the thirty-five strength areas my top five were so clear: input-seeking, connecting ability, learning, intellection (liking to think,) and ideation (fascination with ideas.)

Life is not “a tale told by an idiot.” Hamlet believes “to be or not to be” is the real question. If you choose to be and stay in human society how to be is the question. The choices are:

1) Just not to think about ultimate questions: not to think about the purpose of life. Over the centuries the other two answers have been to 2) use reason, or 3) use faith to arrive at more advanced conclusions. Of all the ancient philosophers Socrates was the one who persistently followed the trail of reason to found the method that took Plato and Aristotle to the heights of human reason. It was an adventure for me this year to find Socrates again and take a long patient walk with him. I have said that I am a skeptic by nature and so want my belief system to have the human foundation it needed to have. St. Paul follows this path in his Epistle to the Romans, written to the Jews of Rome. He points out to them why God is not happy with the pagan Romans: “In other words, since they refused to see it was rational to acknowledge God. God left them to their own irrational ideas and monstrous behavior … without brains, honor, love or piety.” Paul wants to hold even these pagans to some standard and demands of them to use their brains. They could get somewhere and at least be “good pagans.” Having done a lot of this thinking, he knows it is not easy; it can be hard and long. The result was that because the pagan Romans refused to do it. He reasoned that “they are steeped in all sorts of depravity.”

There emerged some who would spend time on more ultimate and serious questions on how to live. They would be the philosophers and sages of the world and would be those who taught and engaged others. We know Socrates, Confucius, Buddha, Abraham, Moses and all the Prophets, Jesus, Mohammed. In many of these teachers direct divine revelation may have been involved but St. Paul excuses no one from some responsibility for “their irrational ideas” and the evil effects of them. In the same chapter of Romans he says:

“For what can be known about God is perfectly plain …

ever since God created the world in His everlasting

for the mind to see in the things He has made.”

This is a serious human question and some responsibility to make a choice in reason or faith exists. Dostoevsky put it well when he said: “therefore, we need to reflect in our time: most of these ultimate questions are left to feeling.”

Judaism and Christianity taught that there were “paths” and “ways.” Christians at Antioch called themselves “The Way.” The Ten Commandments (Torah) was the “path” for Jews. The prophets developed contemporary applications of the law. Rabbis still “show the way,” Buddhists have an Eightfold Path, the Muslim word “shariah” in its origin means “path or way.” I venture to say that all religious belief “systems” provide a path for their followers.

In all religions those who are not on a path are described as being lost, blind or wandering in a wasteland. Parents certainly do not want those fates for their children. Parent responsibility is to select life experiences that help their children grow and to protect them from the evil along the road of life. Living faithfully in a tradition is probably the easiest and best way for a child to grow well. However, our contemporary world tends to undervalue past traditions and to favor a more modern let-the-cultural-environment bring them up model. By this choice parents fail to appreciate both their own tradition or the dangers in the contemporary environment.

As Nathan Minow, former head or the Federal Communication Commission put it many years ago they are “abandoned in the wasteland.” My friend, media critic, Gloria DeGaetano speaks of “the premature emancipation of children.” It will take a truly wise parent to navigate the waters in which we live. Today children must be helped to appreciate and love this wise tradition that their ancestors hoped to pass on. We need much more wisdom today because our environment is so overloaded with destructive images.

Two citations from the New Testament are especially worthy of some reflection. In Luke 2:47 we are told that when Jesus was twelve He was lost in the temple and when His parents found Him that “all those who heard Him were astonished at His wisdom and replies.” Just after that Luke tells us: “He went down to Nazareth and lived under their authority. His mother treasured all these things and pondered them in her heart,” and “Jesus increased in wisdom, in age, and in favor with God and man.” 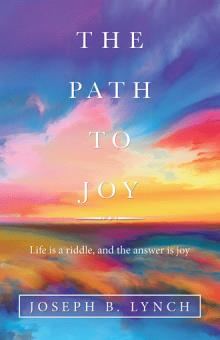 Life is like a story, and for many of us this is a story about meaning: Why am I here? Where am I going? Who am I? Do I like myself? Why is life, or reality, here at all? These are important questions with a deep truth behind them. But where do we turn for answers?

In Food for the Journey, author Joseph B. Lynch shares his own story of “finding the way” that leads to the life Jesus promises to those who try to live the gospel in the twenty-first century. While churches seek to provide both nourishment for the journey and resources to enable the virtues in us, Food for the Journey is meant to involve you in reflecting on your own Christian journey.

We are meant to “find the way, and to have life and have it abundantly,” and Food for the Journey’s synthesis of personal experience, contemporary culture, and reflections on scripture and the classic Christian values will help you to set yourself on the righteous path and discover the guidance of the Holy Spirit in your own life. Then you too will be on the way to Christ.

Joseph B. Lynch spent his early adult life as a teacher of religion, and he was also a counselor and director of guidance in Catholic high schools. More recently he has spent time with adults who are seeking to grow in contemporary understanding of their faith. Lynch holds master’s degrees in religious education and human resource development, and he has written articles on conflict management in the church and on self-managed teams in parishes; he is also the author of Reaching Out: How to Communicate in Gospel Hope and Love to 21st Century Catholics.