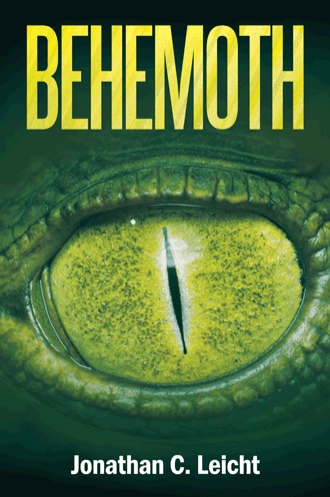 Jim Thompson, chief game warden of the Masai Mara Game Reserve in Kenya, has a major problem.  Three of his prized elephants have been gored to death in the past month.  The only clues left are mysterious tracks reportedly belong to a creature long thought extinct.  Thompson suddenly finds himself on a tumultuous adventure as he travels across the African continent, hoping to convince himself and the world that he is on the verge of an incredible discovery.

He is not alone.  On the other side of the world, Professor Stephen Gregory is embarking on an adventure of his own.  Forced to resign over his unpopular scientific beliefs, this once-distinguished professor gets the chance of a lifetime when he is offered an expedition into the heart of Africa in search of a creature that could prove his theories true once and for all.

Jonathan Leicht teaches Creation seminars across the country.  He currently resides with his wife and three children in Prescott, Arizona.