Hope for the Harlot

Filling in the Gap 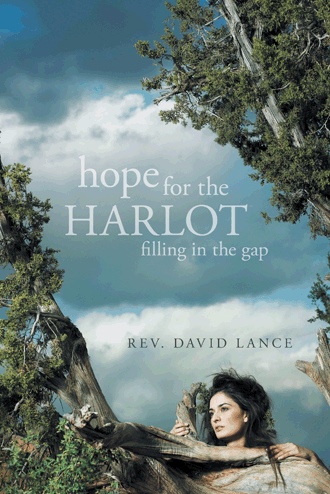 Rahab is eager to assert her independence, hiding a secret that could shame her family. When her father finds out, he forces her to leave home with nowhere to go. Rahab learns that being on her own is not everything it is cut out to be. She will be forced to pay a price that will affect her for the rest of her life.

Salmon is an Israelite spy who falls in love with Rahab. Going against his family’s beliefs and approval, he knows she is a woman worth saving. Through much toil, he is determined to prove Rahab’s virtue.

I have been in the ministry for over twenty years. I have had the privilege to lead many to Christ through preaching the gospel. I pastured for over eight years and evangelized for twelve years. This is the second book I have published. I taught Sunday school in several churches trying to make clear to the people about God's word. My life's passion is helping people understand the word of God.

I have lived a life of troubles most of my life. I was in a foster home for three years. I lived in the projects—poorly, for all of my childhood. I became a drug user and a drunk and went through two drug rehabs and three hospital beds because of drugs.  My mother is a Christian working her whole life to teach me and my two brothers about God when we were rebellious. I fell in love with God's word when I was saved. Through the years I made it my life's goal to help others understand the word.

I live in McMinnville, Tennessee, a town hit hard by the down-turn economy. Several people here know who I used to be.  I was the first in my family to finally go to college. My mother is inspired that one of her sons is publishing Gods work. I do this mainly for God and secondly for a mother who struggled to lead her sons to Christ, though she had to wait years later to reap her efforts. Now all three of her sons are saved.