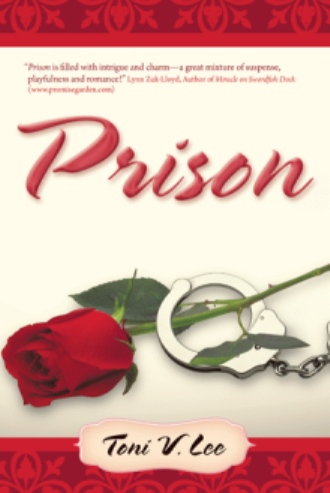 Friday morning, Sonja Grey walked into the conference room and quickly surveyed the faces of the people sitting around the table. She hesitated when her eyes halted on the occupant sitting next to the only vacant seat—Max Trent. Why did it have to be him? She sighed her irritation as she sat down.

The group—with the exception of Max—greeted her with nods and smiles.

He leaned over with amusement glittering in his dark eyes. “You don’t look too pleased to see me. Why’s that?”

Max tsked and wagged his index finger at her. “That’s not nice.”

Their sergeant interrupted the banter. “As you know, we’ve had Johnny Stone, a.k.a. Rock, under surveillance for the past three weeks. We haven’t been able to get anything on him. We know from our informant that he’s still pushing. He’s either become nervous, or he’s been tipped off.” A heavy scowl settled on the sergeant’s face. “He’s pushing bad stuff to the users he wants to punish. He’s killed at least one person with this stuff, and there have been a few close calls. I want this menace off the streets.”

His scowl cleared. “I believe our luck’s changing. We picked up a suspect yesterday, who’s trying to bargain his way out of a lengthy sentence. He ‘volunteered’ some information that makes us believe Stone has relocated some of his business to Prayer Tabernacle.”

Sonja gasped. He’s dealing drugs out of my church?

Max whistled softly. “He’s either very bold or very, very stupid. If we don’t get to him first, the Man upstairs will.”

Sonja flushed with outrage. “Oh, he’s both and deserves whatever’s comin’ to him.

“I could save the tax payers some money and just take him fishin’,” offered Officer Stevens. “He’d make great fish food.”

Despite her anger, Sonja chuckled with her colleagues. Stevens was a six-four softy who was a stickler about doing things by the book. The only time she’d ever seen him get tough was when he’d had to stop a perp who was assaulting an old lady. He’d brought the assailant down hard and showed no mercy.

“I’ve decided to plant some undercover detectives in Prayer Tabernacle’s congregation. Those detectives will be Trent and Grey. Grey, I understand you’re already a member of that church. I’ll leave it up to the two of you to decide how to integrate Trent unobtrusively into the congregation. You’re undercover as of the conclusion of this briefing.” He paused for a few seconds. “Don’t take any unnecessary risks with this guy. I want you two and the people of that church to stay safe.”

Sonja was gathering her things from her desk when Max walked over and leaned against it.

Why did this man needle her so much? She got along fine with the other officers, but this guy seemed to go out of his way to push her buttons. Sometimes, just a look from him had her hackles on the rise.

“Don’t come bothering me, Max. I’m not in the mood for any of your nonsense right now.” She slammed her desk drawer shut. “I can’t believe it! That thug has the audacity to sell drugs in the Lord’s house—in my church—of all places.” She shook her head in disgust and dumped a file into her tote bag.

“It does boggle the mind. The sad thing is it’s not a new or unique concept. This kind of thing has been going on since the Bible days.”

She sat back in her chair and gave Max her full attention. “What do you mean?”

“Remember the financial corruption at the temple in Jerusalem, and how the people were cheated when they went to offer sacrifices?” Max ran his hand over his beard. “How many reports have you heard through the years about preachers swindling their congregations out of money?”

Sonja pursed her lips. “There’s sin, and then there’s sin. How can Rock possibly believe he can get away with selling drugs at Prayer Tabernacle?” She thumped her desk with her index finger. “That’s just downright disrespectful.”

Why am I even humoring this man? “Since when did you become an expert on church and biblical matters?”

Max smiled. “You think you have me all figured out, but you don’t.” His smile widened, and he gave her a slow wink. “I’m a man of many depths.”

Sonja rolled her eyes. “You’re about as deep as an inch of water.”

Max crossed his arms, causing his muscles to bulge.

She wished she could ignore his smug look. “I’ve never heard you talk about attending church. For someone who doesn’t normally go, our assignment may be a bit taxing.”

Max shook his head and made that annoying tsking sound again, then picked up a pen and started clicking it “There you go again, judging me all wrong. When I’m not working a case, I attend Sunday services and Bible study on a regular basis.”

While he spoke, her eyes traveled over his low-cut, neatly trimmed black hair, down to his medium-brown face. The muscles in his arms flexed as his thumb worked the pen’s clicker. Flashes of appreciative interest danced . . . Nah, that can’t be right. Something was dancing around in his dark eyes. The man was just too good looking for his own good. Her eyes continued their journey down to his mustache. He was an impressive package when you threw in his air of self-assuredness and self-confidence, his muscular build, his . . .

She mentally shook herself and refocused on what Max was saying. Seriousness had crept into his voice. “Grey, when are you going to accept that you don’t know me? When you look at me, you see only what you choose to see.”

“Mm-hmm, exactly. So tell me, why’d you agree to work with me on this case?”

Sonja folded her arms across her chest. “I’ll probably regret telling you this, but I agreed to work with you because you’re very good at what you do. You’re one of the best.”

He gave her a satisfied grin. “I’m going to remember this day for the rest of my life. I actually received a compliment from Sonja Grey.”

Max laughed. “I’ve been thinking about how I should be integrated into your congregation, and I’ve come up with a plan that’ll work.”

She leaned forward, placing her folded arms on the desk. “Okay, let’s hear it.”

His twinkling eyes warned her she wouldn’t like what he was about to say. “Ms. Grey, you just got yourself a boyfriend.”

SONJA GR EY, a narcotics detective, and her nemesis, Max Trent, are handpicked to go undercover to capture a thug—Johnny Stone, aka Rock—who’s dealing drugs at Sonja’s church. Their operation is unwittingly aided by the interference of Sonja’s eccentric aunties.

Max is in love with Sonja, but she’s kept him at a distance by staying entrenched behind a wall of antagonism. For Max, this assignment has two objectives: get their villain and capture Sonja’s heart.

The drug dealer, Rock, is a product of choices made by others when he was a child. He’s emotionally damaged and holds a deep-rooted anger at God. He lives a dark, violent life. Could prison be his path to freedom?

Will Sonja break free of the shackles of her past and embrace Max’s love, or will they be destroyed by danger?

TONI V. LEE is a member of the American Christian Fiction Writers (ACFW) Association. She has a BSBA degree in business administration from the University of Central Florida.

She’s an IT professional and serves as a teacher in the Christian education ministry at her church.