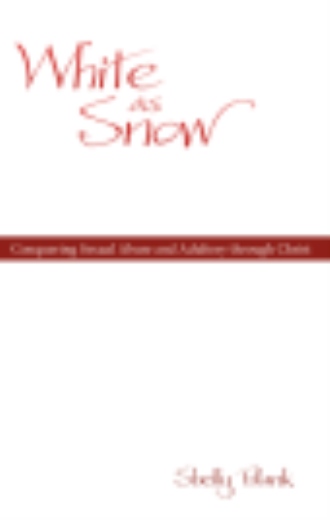 At this point I was feeling very vulnerable. I felt like I was at the breaking point again…and yet so much time had gone by. I couldn’t believe the depth of my anger. As we talked through these questions and explored my internal fury, I realized I was also sad. I was really sad. I could label another emotion. I was overcome with sorrow. We talked about Job in the bible. He had been an innocent one. He had been like an innocent child, and yet he lost everything. He suffered at the hands of Satan, and yet his closest friends told him his loss must have been as a result of some “sin.” His fault somehow. This sounded vaguely familiar.
In the case of child-sexual abuse, I knew the logic: “You were an innocent child. You didn’t know any better. You couldn’t control it. You didn’t deserve it. You weren’t bad. You were helpless.” However, I felt like there was always something I had done to bring it on myself. I felt like I was somehow responsible. I had owned it. Like Job’s friends pointing the finger at him, I had always pointed the finger at myself.
My counselor then asked if I was ready to accept that the man I had been involved with was in fact, a wolf, Wolf #5. I saw that I had to accept it. He had pursued. Yes, I was an adult. I was capable of turning away from him, and I hadn’t. He saw my vulnerability; I was weak prey. And so, he had remained present and available. He had shown up at my door at opportune times, (with huckleberry martinis when he knew I had not eaten anything). He had used convincing words—told me he “had fallen” and was “in deep.” He forced me to say the words, “I love you” just to hear me say it. He had enveloped and enticed me when I was at my weakest. He had not listened to me when I shared that he would be the cause of destroying everything I loved and cherished. He was sly and persistent. He used not claws or fangs, but words, songs, and stories. Not caring that it would kill me in the end, he drew me in purely for his own pleasures. Even now, to write it, it is difficult to accept.

White as Snow.  Can a person truly experience freedom from the guilt and shame left in the wake of sexual abuse and adultery?  Can women and men alike be free to talk about these topics without the need to hide or cover up the truth?  Can we come to grips with the definition of a “wolf” as Jesus defined it?  White as Snow: Recovering from Sexual Abuse and Adultery is a relevant, open, and honest look at the effects of abuse from both perspectives of the abused and abuser, and how it is possible that God redeems and offers freedom to both.  Women who have been sexually abused and/or have committed adultery desperately need to hear from other women who have not only survived these circumstances but experienced miraculous healing.  Here is a woman who understands.  This book provides an open door for small-group discussion and healing through fellowship with other survivors.

Shelly Clearman Blank is a graduate of the University of Idaho, and earned her master’s degree there as a Wright Fellow in the field of curriculum and instruction.  She is also a national board-certified teacher in early childhood literacy.  Additionally, she has led adult and young women’s small-group Bible studies.  She and her husband have been trained in and lead small groups in various marriage mentoring capacities.

The book ties directly to national statistics but also to her personal experiences as a sexually abused child, teenager, and the aftershock results of unhealed abuse in her adult life which led to an adulterous relationship during the course of her twenty-two-year marriage.  These scenarios are all too common, yet left highly undisclosed.  Shelly believes it is time to unlock the doors on this common struggle and open hearts to the love and freedom in Christ, who longs to heal the wounds left long after the relationships are over.

Shelly is a native of Montana and resides in Idaho with her husband and children.  She continues to teach, write, and lead women's study groups.