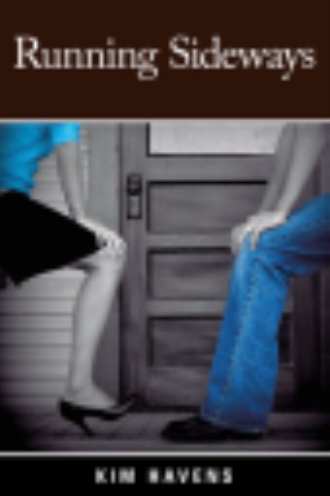 Meredith ripped her shirt over her head and threw it angrily into the corner. Her yellow shoes followed with two gratifying thumps on the wall. It wasn’t enough that she felt completely out of shape after only two miles, or that she hadn’t been able to drive away the lingering edginess with a run. No, she had to go completely needy right in front of the one person in town, she wanted to never see again.
She grabbed a towel and stormed down the hall to the bathroom. The hot water from the shower would at least warm her extremities, even if it couldn’t touch the coldness in her chest.
What was she doing here? It was the same question she’d been asking herself for days, without a hint of an answer. One thing was for sure; this little interruption in her life was becoming a full blown irritation. Malaria she could deal with. Throwing her world completely off kilter was just flat out, unfair.

Meredith Thorne has spent years trying to atone for her mistakes. Born into wealth and privilege, she shuns her upbringing to embrace the African wilderness in hopes of outrunning the demons of her past; a past that involves her last summer in Flat Rock, Texas with Tate Matthews.

Tate Matthews is a hardworking rancher satisfied with the life he’s carved out of the West Texas prairie. He has no plans to change his bachelor status, having loved deeply and lost a long time ago. Tate is content with his role as protector of his seriously ill twin sister—that is, until Meredith returns to Flat Rock and turns Tate’s world upside down.

In the aftermath of our deepest failures, in the midst of our darkest fears, God shines a light on the true condition of our soul. Those courageous enough to face their shortcomings find God is not constrained by our expectations, hurts, or past. They stop Running Sideways.

As a wife of twenty-four years and the mother of three teenage boys and a newly married daughter, Kim Havens’s life is about holding on for the ride. Sports in general and tennis in particular are her hobbies, but writing is her passion. She is humbled that God has allowed her to be a part of His epic story. Running Sideways is her first novel.