After the Cancer, What Now ???

Facing the "First Day of the Rest of My Life" 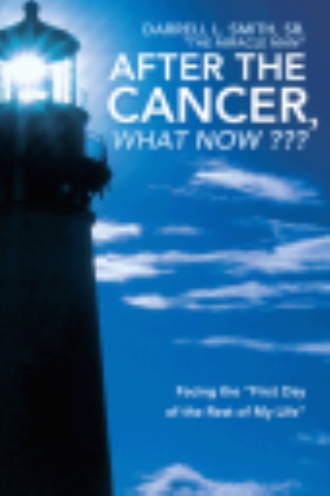 Death was standing in the shadows of the hallway, patiently waiting for his hour to claim me. It was quiet and peaceful like any other night. But, I was not ready to give up. I thought about family and friends who had died in hospitals, gasping for breath while fluids filled their lungs or in a coma, not even aware anyone was with them. This wasn't fair, I was conscious and I was wide awake and aware of everything around me. I was scared, but I did not want to die. Surely someone could do something to save me. This was all some kind of mistake.

This book is about standing up to colon cancer, even when all odds are against survival.  It takes you into the hospitals, operating rooms, and emergency rooms, and it will show you all the compassion and dedication doctors and nurses have in their fight against the monster living inside of us.  And it will lead you from heartbreaks into miracles.  It will span one man's fourteen-year constant fight against cancer, and it will show you that even in the darkest of hours, there is hope, if you stand up and fight cancer.

You’ll find in the pages of this book, he was devastated by years of fighting cancer, living in hospitals, and multiple surgeries, medical bankruptcies, unemployment, divorce, loss of worldly possessions, and homeless, had all taken their toll. He had survived cancer and through his faith in God; he was given nothing short of not just one, but three different Miracles.  He now faced a new road untraveled on “The first day of the rest of his life”.

Acclaimed “The Miracle Man” by several of his doctors, he has made his home at a pristine 425-acre state park in Alabama; it is there, that every day, he can appreciate the magnificent beauty and tranquility of God's work.