In Defense Of A Nation 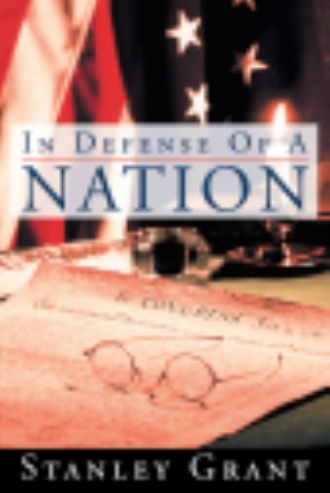 It is said that America is one nation under God, and rightfully so. John Adams once said, “Facts are stubborn things; and whatever may be our wishes, our inclinations, or the dictates of our passion, they cannot alter the state of facts and evidence.” When pre-revisionist history speaks for itself, the facts of America’s past reveal the God-centered roots of her founding. On November 11, 1620, before the pilgrims disembarked from their ship, they signed a document known as the Mayflower Compact. The intent of their journey to the new world was detailed in its content, which reads in part: “In the name of God, Amen. We whose names are underwritten…having undertaken for the glory of God, and advancement of the Christian faith…a voyage to plant the first colony in the northern parts of Virginia.” Thus our nation began, and this position is reflected in the writings of the original framers, regardless of their denomination of worship. From our birth and the Revolutionary War cry of “No king but King Jesus”, to Supreme Court rulings declaring America to be a “Christian nation” (1892 Church of the Holy Trinity vs. the United States), we find overwhelming evidence of our national purpose...to be one nation under God.

Even our form of government is inspired by the Bible. Isaiah 33:22 reads “For the LORD is our judge, the LORD is our lawgiver, the LORD is our king; he will save us.” The recreational reader quickly misses the fact that three branches of government are represented in this verse: The Judicial branch (the LORD as judge), the Legislative branch (the LORD as lawgiver), and the Executive branch (the LORD as king). Our forefathers, however, were not recreational users, and they viewed this division of power as America’s saving grace. With a fresh taste of oppression and a healthy fear of lawlessness, they aimed for a government somewhere between leftist tyranny and rightist anarchy. The result was a Constitutional Republic in the middle of the political spectrum; a Christian nation governed by law yet affording people the freedom to do what is right under God.

On matters of liberty, they believed that unalienable rights are given to humanity by God, and not by government. Consequently, government was handcuffed and given no authority to sanction or disembowel the laws of nature and of nature’s God. For a Christian people, government is always the lesser authority, not the final authority, and this kept the American people free from tyranny. On matters of order, they balanced liberty with law, and stressed that our rights must only be exercised within the rule of law...God’s law. This kept us from drifting into anarchy and lawlessness, which eventually always give rise to a new form of tyranny.

This is the real America! In contrast to revisionist America, real America stands in stark contrast to any system of tyranny detailed in scripture or secular history books. When there’s a global crisis, America is there to help. The humanitarian reach of America is unrivaled by the entire world. When disaster strikes and a nation must rebuild, loans are extended and American money flows. In many cases, those same loans are later forgiven and repayment is never demanded simply because we are a generous people. At home, churches dot the land from sea to shining sea, and we are free to worship on Friday, Saturday, Sunday, or any other day as we see fit. And when historians write of Christian mission endeavors to reach lost souls around the globe, America is at the forefront. We fill the world with food, and many nations today could not exist if it were not for the American farmer. Our Constitution guarantees freedom of religion, freedom of speech, freedom to peaceably assemble, freedom to select our leaders, freedom of the press, and the right to keep and bear arms. And if that’s not enough, the 10th Amendment guarantees that the powers not delegated to the United States by the Constitution, nor prohibited by it to the States, are reserved to the States respectively, or to the people. Let freedom ring!

America has become the leader of the free world, and the global community moves largely at her pace. Foreign policies spin around American policies, and all micro economies are pegged to the American dollar. The new word describing America is that of hegemony, which essentially means uncontested dominance. It's a new word for new territory in the history of mankind. Everything rises and falls on the state of America, including the Jewish State of Israel in the Middle East. Nobody is exempt from America’s reach, and in spite of our many problems, we are still the land of opportunity.

Frankly, this does not describe a nation birthed and conceived in hell. Nor does it appear that we exist as a mere afterthought in the courts of Heaven. America does not exist because a few Christian pilgrims got lucky and hit the Christian Nation jackpot. No, America exists by design. Divine design. We ARE one nation under God, and if you remove America from the picture, the world has major problems. But that’s precisely what the system of antichrist wants. A one-world “problem” allows that system of tyranny to impose its one-world “solution”, and we all know, it will not let a perfectly good crisis go to waste. Its political operatives have even informed us to that end.

If you do not believe in the REAL America, you have no position from which to defend her. A right position on national issues comes from understanding God's plan for our nation. Sadly, most Christians today don't think beyond themselves or their church programs. Most people know more about the migration pattern of penguins than they do of the people groups who founded and built our great nation. Because of that, they don’t have the foggiest idea who America is in the Bible. If they ever ponder who we may be in the scripture, the prevailing positions of the day tend to revolve around two schools of thought, and both produce a state of blindness. The first school of thought centers on the absence of our nation's name in scripture. From Genesis to Revelation, the single word “America” is nowhere to be found. To that I would agree, but neither are the single words of Russia, China, or Iran; yet they are specifically mentioned in the Bible. They are not mentioned by their modern names because they did not exist under these names at the time the prophets wrote of them. They existed as people groups with different names. But over time they developed as people groups with new names, and they came from the three sons of Noah who segregated and began to propagate after the flood. In truth, all people groups have existed from that time until now, and we just have to know how to find them as we work forward from Genesis, not forward from the present day. If we use Genesis as our starting point, wouldn’t it make sense that we the people are in there somewhere?

American Christians and patriots know that a battle is brewing. It is a battle for the heart and soul of our nation.

The cold war being waged against America’s sovereignty, exceptionalism, Christian heritage, and rule of law is rooted in spiritual hatred for our being a nation in covenant with Almighty God. Accelerated by the rise of Barack Obama, and the subsequent rise of Donald Trump, the flash point is drawing close. The lines between tyranny and liberty are being defined, and enemies (both foreign and domestic) are hard at work to destroy even the foundations. This is the final push, and the cold war will go hot. War is coming to America, and it's coming soon to a street corner near you.

Meanwhile, the American church snoozes, and contents itself with pretty buildings, feel-good sermons, Jesus tattoos, hip songs, light shows and big drums, elaborate productions, potlucks, and abandonment theology. The pulpits...the firebrands of the revolution in the 1700's...have gone silent on issues pertaining to liberty and tyranny, God and Country. A wake-up call is fast approaching.

Using scripture and current events, In Defense of a Nation frames the final showdown for America in a way that will cause you to lose sleep. It examines such questions as:

• Is America a lucky anomaly in human history, or is it a deliberate act of God?
• Who is America in the Bible?
• What will the inevitable clash between Islam and Communism vs. America and the Jewish State of Israel look like?
• When will it occur?
• What is the beast system of the Bible, and who is the son of perdition?
• Who is the community organizer in Scripture that carried the anti-Christ messages of social justice and redistribution of wealth?
• How are the politics of Judas being deployed against America today, and when will his final kiss of betrayal come?
• Who is the real Barack Obama, why him, why now?
• What role does Donald Trump play in all of this?
• What does the end-game look like for America?

If you want to be on the cutting edge of events as they unfold, then In Defense Of A Nation is a must-read. America is beyond the tipping point, and quickly approaching the flash point...which will come…whether you like it or not…whether you’re ready or not. You will not be allowed to sit this out. The good news is the complete destruction of the corrupt political establishment within America, followed by a spiritual awakening in we the people, concluding with liberty for our land and citizens once again.

America's toughest days are just ahead. But so is our crowning moment in history. And you have come to the Kingdom for such a time as this.