Woe, Woe, Woe to the Inhabitants of Earth, an End Times Prediction 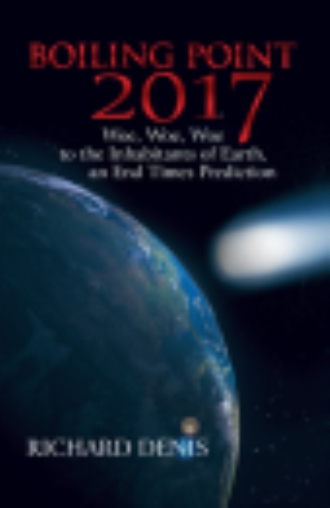 Most people are unaware that they are in the most violent war of all times and the number of casualties will be in the billions. The pit of hell has been opened, and demons have been gathering in souls for damnation. Loss of faith in God has allowed these demons to come upon the earth, and it is possible that the world will soon experience the Great Tribulation spoken of in the Bible. Few will survive!

Richard Denis was born in the early 1950s and grew up in a suburb of Cleveland. He came from a family of five children and learned to endure the struggles of family life. Those lessons in life gave him inspiration to seek a higher standard in the world. He attended college where he received his Bachelor of Science degree; afterwards, he went to graduate school where he earned his Master of Science degree.

He is a devoted husband and father who raised two daughters. He has been actively involved in the community and his church. He has always been a God-fearing man who lives a Christian lifestyle and follows the Golden Rule. He has found it fulfilling to help people of need and has worked with disabled children, given time to elderly people at nursing homes, offered support and volunteer time at local soup kitchens, and rendered his talents at Habitat for Humanity.