The Civil War, the South, and the Church 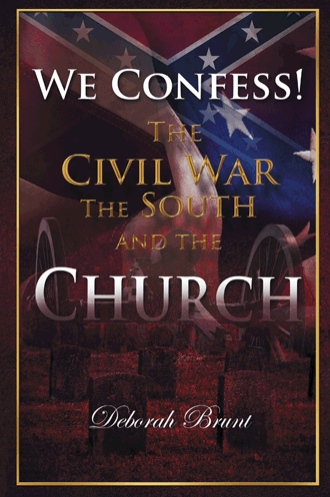 Four generations ago, the white church in the Deep South launched the Confederacy with prayer and fasting. Faithful Christians cried out to God, certain their cause was righteous; their war, holy. As the Civil War progressed, Southerners were bombarded with distressing political news, distressing economic news and tragic news from the battlefields. They prayed and fasted with increasing frequency and fervency. Prostrate before God, they confessed the sins of the Yankees—and such things in their own lives as drinking, swearing and card-playing.

In the end, with the South in ruins and the death toll on both sides numbering well into the hundreds of thousands, the church collectively still did not see or uproot the tangle of strongholds that held them. Utterly desolate, they cried,

Today, US Christians in record numbers are crying out to God on behalf of our nation. Bombarded with distressing political news, distressing economic news and distressing world news, we’re praying with increasing frequency and fervency. We’ve even fasted! Indeed, every time we turn around, someone is calling us to fast and pray for our nation. Already, we too have begun to ask the Lord:

In Isaiah 58, God answered those questions. He said he had not responded because his people were fasting for the wrong reasons and in the wrong way. They had not entered into the fast he had chosen.

Today, our Lord who loves us deeply is giving the same answer. Collectively, we’ve often fasted over their sins—confessing the wrongs of people with whom we do not identify or associate, people we consider unrighteous and may even count “the enemy.” Repeatedly, we’ve tried to address the corporate sins of the nation without first addressing the corporate sins of the church.

If we would cooperate with God in changing cultures and nations, we must first cooperate with him in removing the oppressive yokes from around our own necks.

How could a church culture that lifted high the name of Jesus make covenant with the Confederacy? How did the Southern Baptist Convention lead the way? How do divided hearts and unholy covenants still hinder awakening in the conservative US church culture? What dramatic changes will a spirit of grace and supplication bring?

We Confess! The Civil War, the South, and the Church uncovers the answers, historically and biblically.

So why don’t we, who most tend to gravitate to the word “celebrate” when talking of the Civil War, instead throw all caution to the wind—and confess?

Honest, compelling, courageous, redemptive, this remarkable look at the conservative church culture rooted in the Deep South explores such topics as

Deborah Brunt grew up in Corinth, Mississippi, site of two Civil War battles. Two of her great-great-grandfathers fought for the Confederacy. A University of Mississippi graduate and former Southern Baptist leader, she holds a doctor of practical ministry from Wagner Leadership Institute. Deborah and her husband live near Memphis.