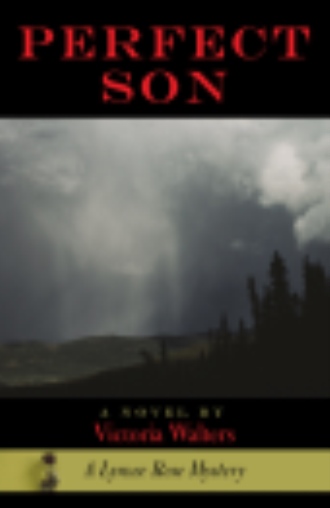 ONE BIZARRE THEORY of the origin of Mima Mounds, pronounced “Mima” (MY-ma), is the northwestern Pocket Gopher. These potato-size creatures were said to have created the mounds over generations of frantic territorial construction. Over thirty other theories attempt to explain the Mounds ranging from ancient fish nests to asteroid impacts. In actuality, they are prairie lands full of thousands of closely packed “Mounds of Mystery” with as many ongoing theories as to their origin as there are mounds.

Found only in limited areas in the United States, the primary mound-bearing prairies of the Puget Lowlands lie in the prairie lands of Thurston County, Washington. They are the nation’s best example of the unusual phenomena. Today Mima Mounds Preserve included something more unusual . . . a new mound.

We moved toward the area vacated by the departing Doctor, careful to stay on designated paths. Disturbing more of this sanctuary than had already been disturbed was not to be part of this investigation if any of us could help it. “How’d you get this one, Carl?”

He turned toward me as we walked. “It has possibilities.”

Rolling my eyes at him, he spoke before I could complain.

“We got some interesting jurisdiction matters here. Well, not ‘jurisdiction’. Death occurred in Thurston County til we know otherwise. But, we got the Feds with this park designation. We got the town of Littlerock about to hit tourist season. We’re sittin’ on two county lines next to our own. We got Native American interests. And, we got a lot of protected space activists around here with one group or another.”

I didn’t think he was talking about the alien theory of the mounds. “When this is over, remind me to tell you my theory on all this”, pointing out and across the mounds.

Dryly and not very sincerely, “I can’t wait.”

Stepping around a maze of mounds, the ranger suddenly popped into view. “Holy shit,” my screech echoing around me. “I thought you left”, trying to recover.

Carl raised an eyebrow at the reference to shit being holy and all, good Christian that he is.

Ranger Dan smiled at my attempt to recompose.

Finding herself caught in the economic crisis in her own mediation practice, Lynzee Rose joins forces with Thurston County Detective, Carl Watson, as an empathic mediator turned civilian consultant. Their specialty: The unnatural and the bizarre. No stranger to family dysfunction, personal loss, or struggles with spirituality, Lynzee finds herself a reluctant expert on suspicious deaths— thus proving even screwed up people can do good. In a story set against the backdrop of Washington’s beautiful and mysterious Pacific Northwest, Lynzee sets out to solve a crime scene mystery at the equally mysterious Mima Mounds, calling on her own personal shortcomings for support. Discover the natural, and not so natural, local wonder of Mima Mounds, prairie lands full of thousands of closely-packed “Mounds of Mystery” with as many ongoing theories as to their origin as there are mounds. And, experience her quirky lifestyle at Johnson Point Community, an outdoor focused living community, modern day Walden Pond style.

A native of the Pacific Northwest, Victoria Walters draws on her extensive problem-solving career, to produce an inspiring new whodunit in the South Puget Sound area of Washington State. Watch for Errant Son, book two in the Lynzee Rose Mystery Series. In this suspenseful installment to Perfect Son, Lynzee finds herself back at work in her mediation practice only to be called on to assist her friend and sometimes boss, Carl Watson, to investigate a bizarre discovery at a local man made wonder, Gospodor Monument Park; a place steeped in its own mystery.